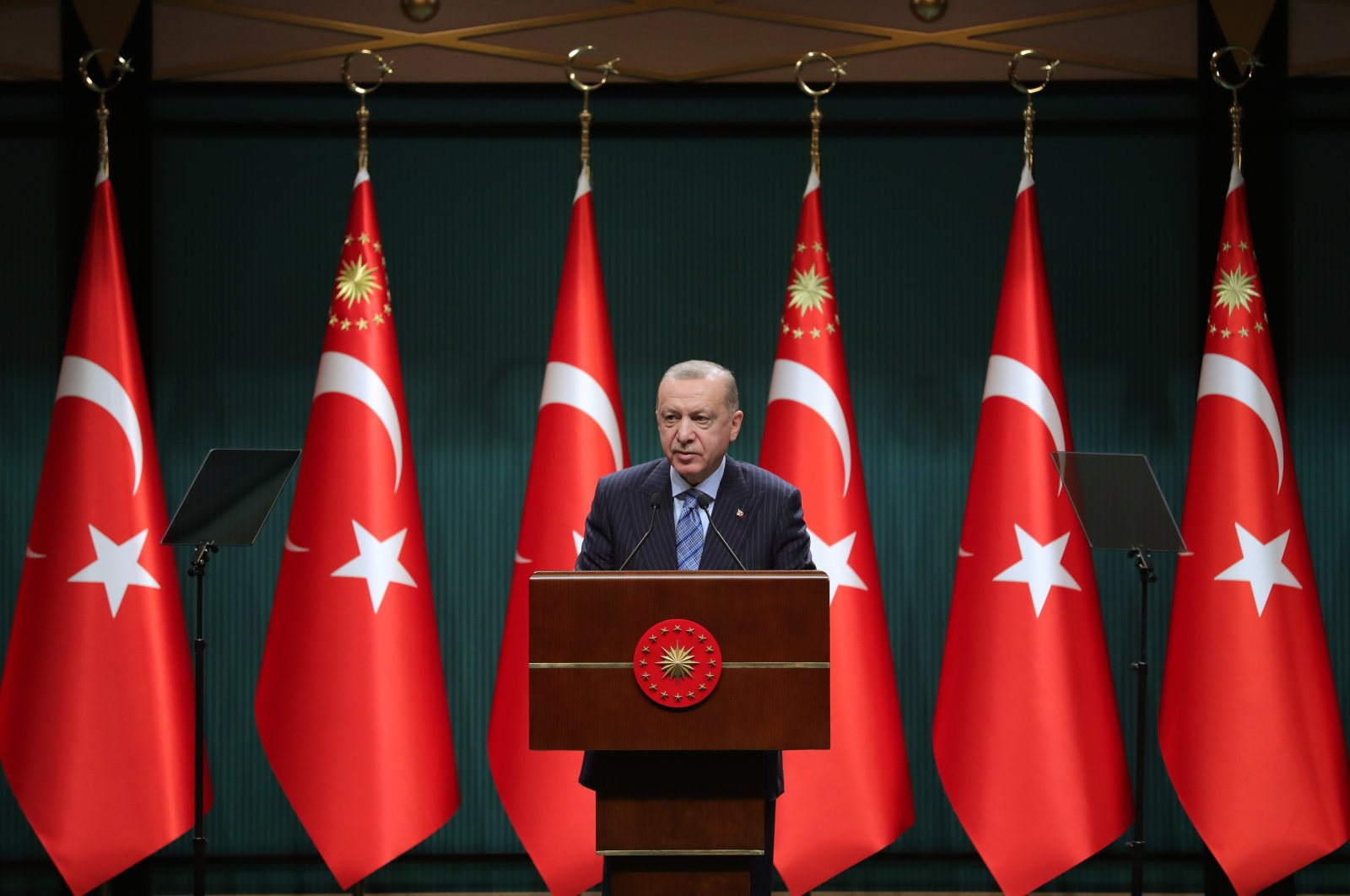 President Recep Tayyip Erdoğan speaks during a press conference at the Presidential Complex in Ankara, Turkey, on May 17, 2021. (AA Photo)
by Daily Sabah May 17, 2021 8:24 pm
RECOMMENDED

Speaking after a Cabinet meeting in the capital, Ankara, Erdoğan called on the U.N., U.N. Security Council, Organisation of Islamic Cooperation (OIC), and other international organizations to act against the oppression of Palestinians as well as to take a firm stance on the issue of Jerusalem.

"At this point, we believe there's a need for a separate arrangement on Jerusalem. To achieve lasting peace and tranquility in Jerusalem, which contains the indispensable religious symbols of Muslims, Jews, and Christians, everyone must make sacrifices," Erdoğan said.

"In today's circumstances, it would be the most correct and consistent course of action for Jerusalem to be administered by a commission of representatives from the three faiths. Otherwise, it doesn't appear it will be easily possible to achieve lasting peace in this ancient city," he added.

He said that Turkey would lend its political and military support for international efforts to liberate Jerusalem and protect the Palestinian people.

"Israel is a terror state which tries to legitimize its actions by mentioning Palestinians' resistance," he also said, condemning Israel's attacks against the Al-Aqsa Mosque and its indiscriminate bombardment of the region.

"They don't have warplanes, you have countless. Who are you trying to fool?" he asked.

"I condemn Austria for hanging the Israeli terror state's flag. I guess Austria is trying to make Muslims pay for the Jews they subjected to genocide back in the day."

The president also revealed a conversation he had with a former Israeli prime minister whose identity he did not disclose.

"A former Israeli prime minister, I am not going to give his name, told me years ago that he had the 'biggest pleasure' when he killed Palestinians during his military service as a general," he said.

"You're going down in history with bloody hands by supporting Israel, which attacks Gaza in a disproportionate matter," he said.

"You forced us to say this. We will not be silent and we are going to continue our Al-Quds struggle," he added, referring to Jerusalem.

Ongoing Israeli attacks on Gaza have killed over a hundred with fatalities that include dozens of minors. A total of 145 people, including 41 children and 23 women, have been killed and 1,100 more injured since Israel started attacks on Gaza on May 10.