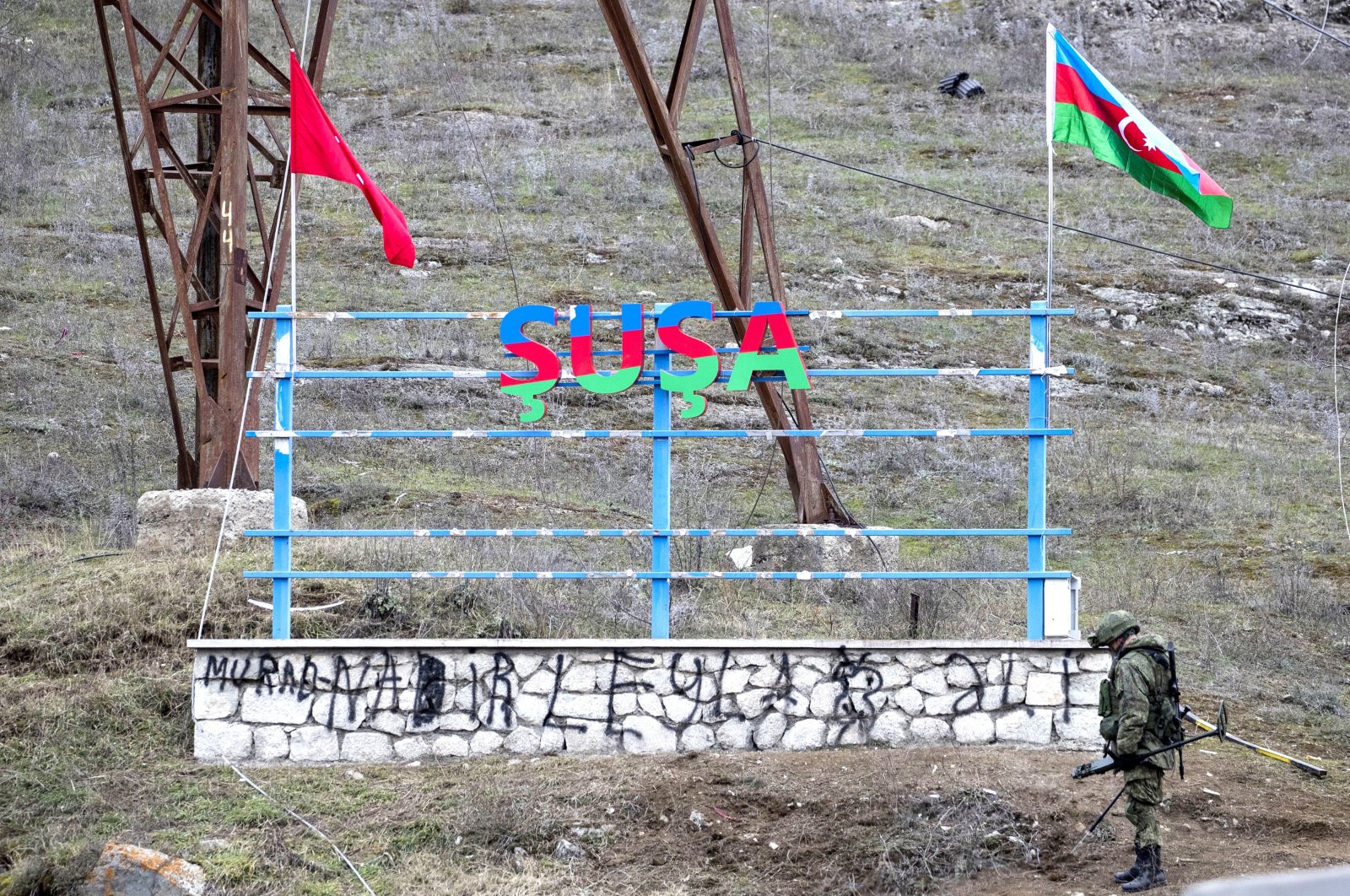 The president said he will watch Turkey play Wales in Baku in the Euro 2020 Football Championship. He said he and his "brother," Azerbaijani President Ilham Aliyev, would then visit Shusha, a historic city that was liberated by Azerbaijani forces in the closing days of the Karabakh war.

Erdoğan had announced his visit to Shusha back in March.

The Azerbaijani Armed Forces liberated Shusha in November after 28 years of Armenian occupation. Shusha, known as the pearl of Nagorno-Karabakh, was occupied by Armenia May 8, 1992.

The town has significant military value since it is located on strategic high ground about 10 kilometers (6 miles) south of the region’s capital over Khankendi (Stepanakert) and on the road linking the city with Armenian territory. Besides its strategic significance, the town is known as a symbol of Azerbaijani history and culture with many historic sites, the restoration of which has started. Many prominent Azerbaijani musicians and scholars were born in the city.

Azerbaijan seized back swathes of its Armenian-occupied territory last year in a conflict that erupted in Nagorno-Karabakh. The conflict claimed 6,000 lives and ended with a Russian-brokered truce in November.

While the Karabakh truce has largely held, the border region has witnessed several skirmishes.

The war was also followed by protests and political upheaval in Armenia, with Prime Minister Nikol Pashinian calling a snap election for June 20.