Erdoğan urges Muslims to unite in face of rising Islamophobia 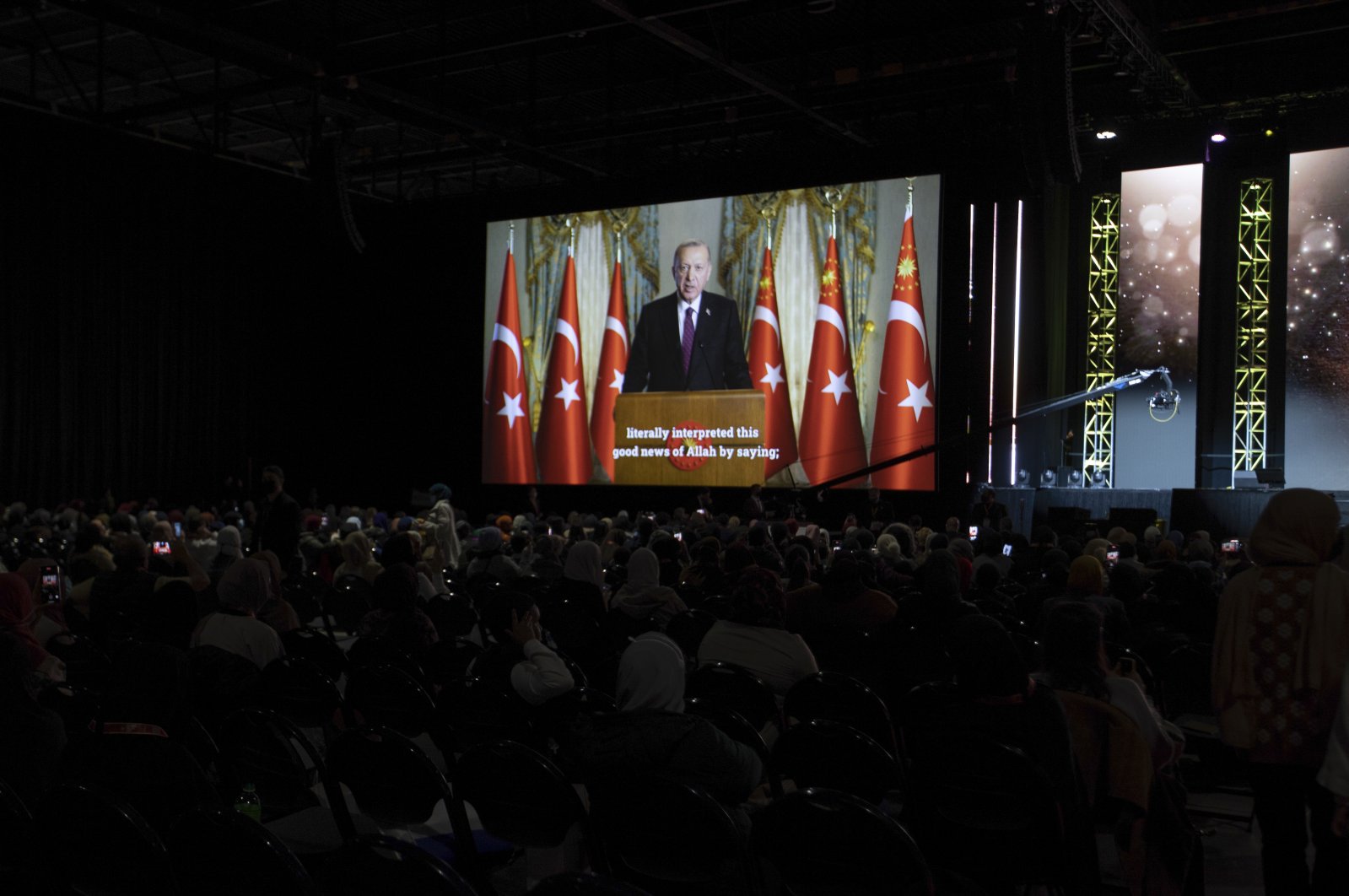 Muslims will only reach ultimate peace and harmony if they are able to establish unity and solidarity among themselves in the face of rising Islamophobia, President Recep Tayyip Erdoğan told a conference in the U.S. on Tuesday.

Speaking in a televised message broadcast at the Muslim American Society (MAS) and Islamic Circle of North America (ICNA) Convention in Chicago, one of the largest Islamic conventions held annually in North America. Erdoğan highlighted the importance of unity and positivity for Muslims.

“We need to strengthen our solidarity in the face of anti-Muslim hatred, xenophobia and cultural racism, which have risen during the pandemic,” Erdoğan said, adding that Muslims need to unite and set aside cultural and ethnic differences.

"All Muslims are brothers and sisters, regardless of their origin, skin color, nation, culture, sect," Erdoğan said, adding that Islam had no room for exclusion, incitement or terror.

He continued by saying that rather than withdrawing into one’s shelf, Muslims should strive to be confident and play their well-deserved role in an embracing manner in the societies that they live in.

Turkey attaches importance to healthy and strong relations with the Muslim community in the United States, the country’s presidential spokesperson also said.

İbrahim Kalin’s remarks came at the gala dinner of the convention.

The Turkish official said faith was more than just a belief system as it was also related to matters of spirituality, justice and goodness.

Pointing out that human beings cannot reveal their own potential without meaning, wisdom and purpose, Kalın told the participants: "As Muslim individuals and Muslim communities in the 21st century, we must re-establish the meaning of wisdom. Because there is so much judgment in our lives, but very little wisdom."

Commenting on the concepts of belief and freedom, Kalın noted that freedom is not just the freedom to choose something, it is important to choose the truth, and this becomes meaningful with wisdom and belief.

Two decades after 9/11, Muslims across the U.S. are still battling intolerance, racism and hate, according to research.

A poll by The Associated Press-NORC Center for Public Affairs Research (AP-NORC) conducted ahead of the 9/11 anniversary found that 53% of Americans have unfavorable views toward Islam, compared with 42% who have favorable ones. This stands in contrast to Americans’ opinions about Christianity and Judaism, for which most respondents expressed favorable views.

Mistrust and suspicion of Muslims didn’t start with 9/11, but the attacks dramatically intensified those animosities. Accustomed to being ignored or targeted by low-level harassment, the country’s wide-ranging and diverse Muslim communities were thrown into the spotlight, said Youssef Chouhoud, a political scientist at Christopher Newport University in Virginia.

Turkish officials have criticized their Western counterparts for remaining indifferent to anti-Muslim sentiment and fueling such ideology as experts believe the country can lead the fight. They have continuously called on world leaders to take action to stop the demonization of Muslims and have been taking action to tackle the growing problem.

President Erdoğan said earlier this year that Western countries insist on not taking measures against growing anti-Islam sentiment. Erdoğan also called on Turkish institutions to take action on issues related to Muslims and Turks in these countries. Some European countries, particularly France, have embraced a hostile stance against Muslims in recent years.