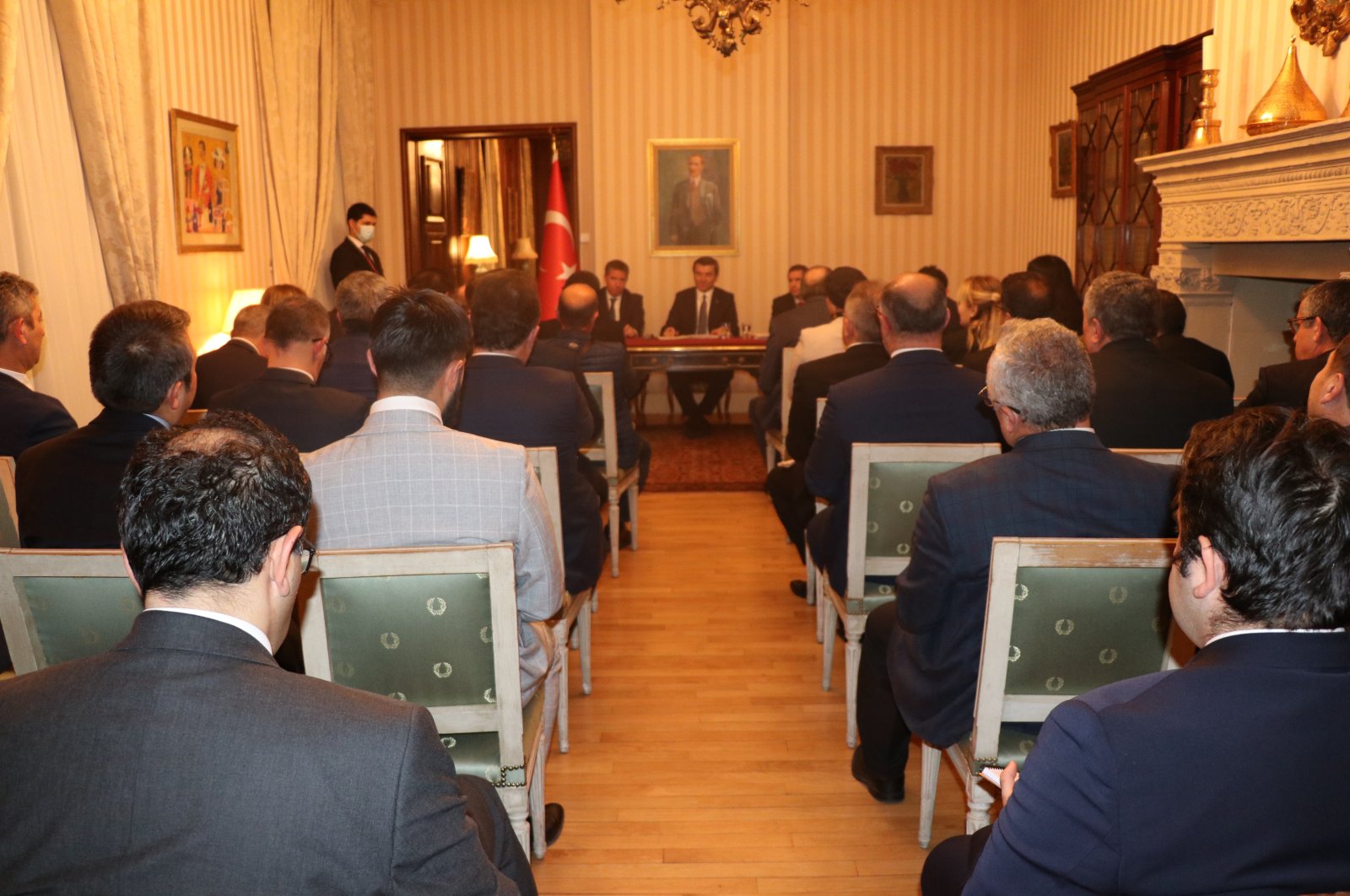 Noting that the rising anti-Islam, xenophobic and anti-Turkish sentiments and rhetoric in Europe threaten Turks living in France the most, Turkey's Deputy Foreign Minister Yavuz Selim Kıran said Wednesday that Turkey's representatives abroad and institutions in the country were consulted on what steps should be taken to combat these threats.

Kıran met with representatives of Turkish nongovernmental organizations (NGOs) in Paris, the capital of France. Paris Ambassador Ali Onaner, Paris Consul General Serdar Belentepe and representatives of many NGOs attended the event held at the Turkish Embassy in Paris.

Stating that they have taken and will continue to take the necessary steps in this regard, Kıran said: "There is an important principle that we must not forget. There is an element that we should always keep in mind and which is indispensable in the solution of problems, our togetherness and solidarity. Unless we can be together, our fight against these threats becomes more difficult."

Expressing that the common denominator of all is the Republic of Turkey, Kıran stated that Turkish NGOs in France will be stronger when they act within the framework of this denominator.

Kıran said that if the Turks here are in unity, no one can cause discord.

Expressing that differences of opinion should be put aside, Kıran noted that they are working to solve the problems of citizens living abroad.

Kıran stated that the state exists with its nation and what makes it meaningful is the service it provides to its citizens.

Stressing that their priority is to protect citizens, where ever they are, from harm, Kıran continued as follows: "Unfortunately, when we look at the reality of Europe today, we see that the approaches that feed hostility toward Islam and Turkish people beginning to dominate politics. In order to solve these problems, we and each of our state institutions need to take systematic steps with all their means."

Stressing that Turkish citizens are the basic elements of the country they live in, Kıran said that the struggle will continue until this is accepted.

"The Turkish society living in France and other European countries is portrayed as a marginal society that is not a citizen of those countries, but is isolated on an island in the ocean, does not contribute anything to that society. We reject it and condemn it outright. We insistently tell our interlocutors that this approach needs to be changed, and we will continue to emphasize it. At this point, we have achieved some progress, but not enough," he said.

In January, a special commission in the French National Assembly approved the "charter of republican values” of Islam that was introduced last year by President Emmanuel Macron as part of the fight against "separatism." The bill was announced last year by Macron, who claimed that law was needed in order to fight so-called Islamic "separatism," prompting criticism and rejection from the Muslim community.

The law is being criticized because it targets the Muslim community and imposes restrictions on almost every aspect of their lives. It provides for intervening in mosques and the associations responsible for the administration of mosques, as well as controlling the finances of associations and NGOs belonging to Muslims.