EU envoy to Turkey welcomes thawing of crisis over Kavala 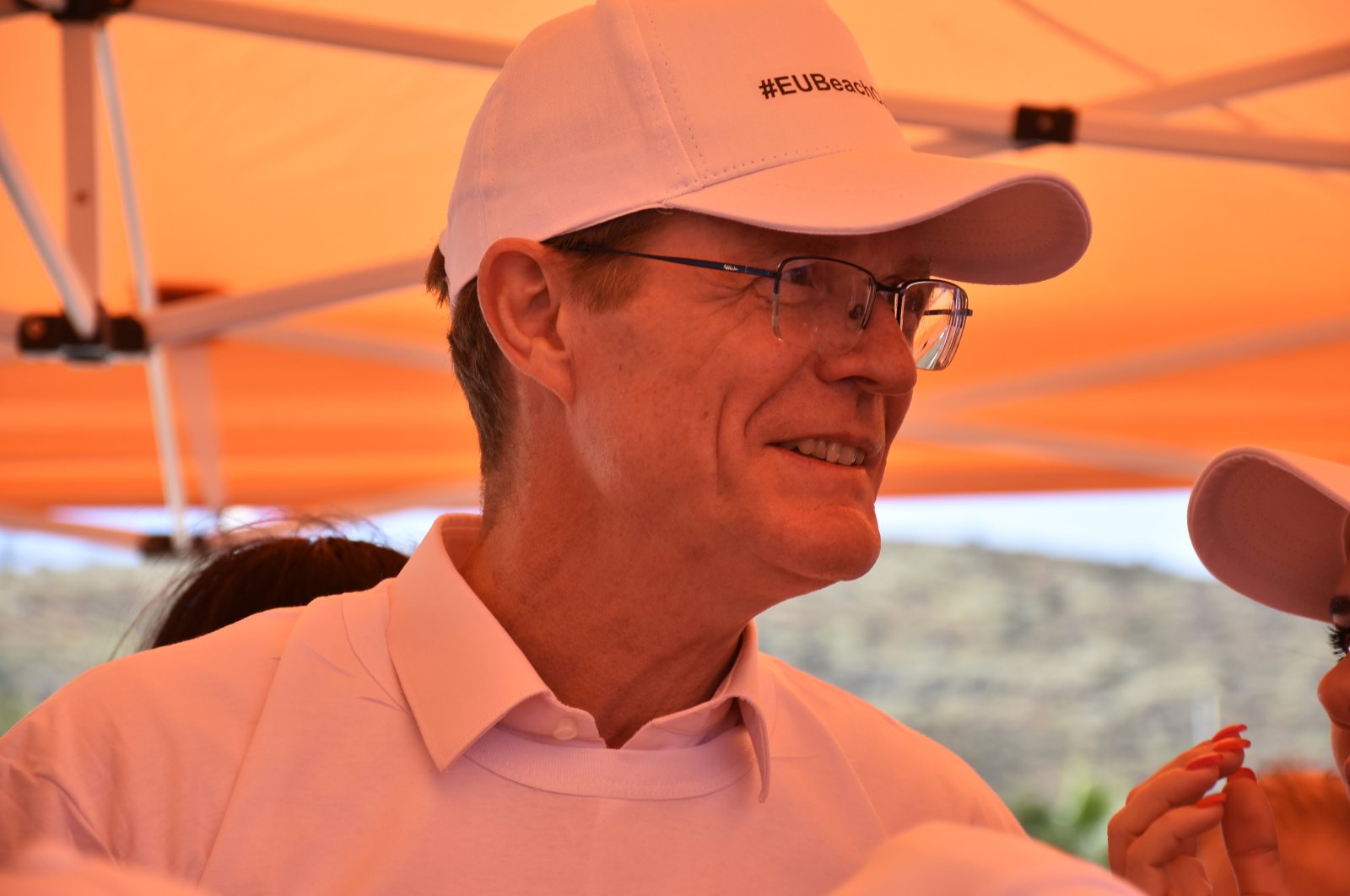 The head of the EU delegation to Turkey Nikolaus Meyer-Landrut gestures in a event in southern Turkey's Muğla province, Oct. 22, 2021. (AA Photo)
by Daily Sabah with DPA Oct 26, 2021 3:53 pm
RECOMMENDED

The head of the EU delegation to Turkey welcomed on Tuesday the de-escalation between Ankara and some Western nations over the threat to expel ambassadors following a call for the release of businessperson Osman Kavala.

"I think everyone found a face-saving way out (of this crisis)," Nikolaus Meyer-Landrut told Deutsche Presse-Agentur (dpa) in Istanbul.

The top EU envoy said he hopes the sides will continue working together based on common interests despite the challenges.

The Turkish side said that the countries’ attempt to intervene in a judicial process regarding Kavala is unacceptable.

However, the U.S. Embassy in Turkey backtracked on Monday and stated that: “In response to questions regarding the Statement of October 18, the United States notes that it maintains compliance with Article 41 of the Vienna Convention on Diplomatic relations.”

Canada, Netherlands and New Zealand each sent a similar message, while Norway and Finland re-tweeted the U.S. message.

Presidential sources stated that the statements of the embassies were welcomed by Erdoğan.