Federalism not an option for Cyprus, 2 states only solution: Envoy 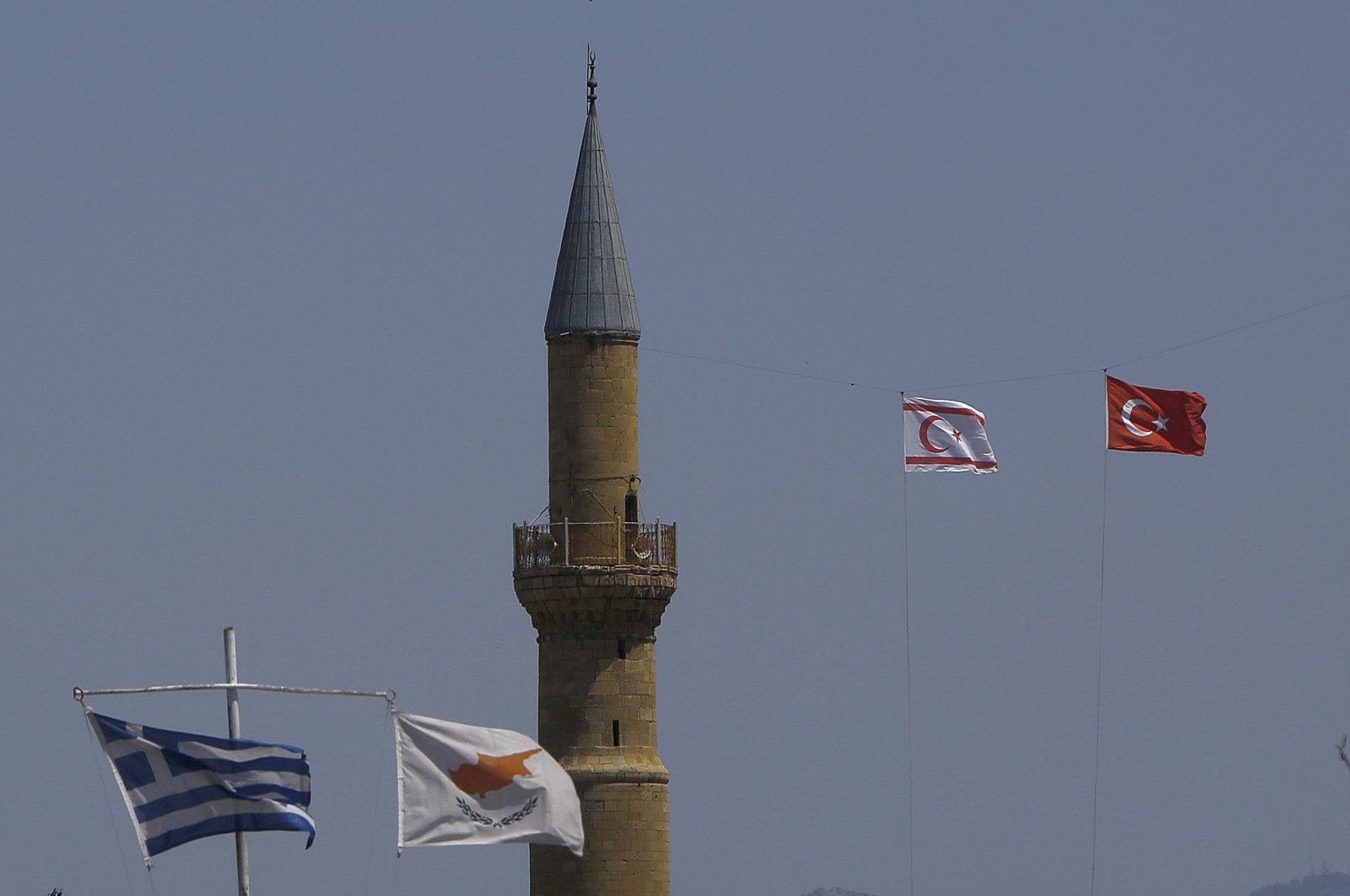 The flags of Turkey and the TRNC flutter by the minaret of the Hagia Sofia with the flags of Greece and Greek Cyprus on poles below, in the divided capital Lefkoşa, TRNC, April 26, 2021. (AP File Photo)
by DAILY SABAH Nov 25, 2021 11:06 am
RECOMMENDED

Discussion of a federal state model in Cyprus was put to bed at the 2017 Crans Montana talks, Turkey's envoy to the Turkish Republic of Northern Cyprus (TRNC) Ali Murat Başçeri said Thursday.

“The chapter on federation was closed in Crans Montana,” the ambassador said at the groundbreaking ceremony for a museum and the Turkish World Square in the Güzelyurt district.

Başçeri said certain Greek Cypriot newspapers have been publishing deceiving propaganda, making claims that the Turkish side stepped back from the 2017 Crans Montana federation model, referred to as a “red line.”

As someone who attended the Crans Montana talks, Başçeri said the Turkish side has not wavered in its stance and that the claims are false.

He underlined that it was the Greeks and Greek-Cypriots who left the table and the chapter where a federation was an option is has been closed for good.

“No talks on federation will be held anymore, but the talks will rather focus on how the two states can live side by side on the island,” the envoy said.

While Greece and the Greek Cypriot administration support a federation on Cyprus, Turkey and the TRNC insist on a two-state solution that reflects the realities on the island.

Negotiations based on sovereign equality are needed to resolve the Cyprus issue, Çavuşoğlu said at a joint news conference in the capital Nicosia (Lefkoşa) with Turkish Cyprus President Ersin Tatar.

The island of Cyprus has been mired in a decadeslong struggle between the Turkish and Greek Cypriots, despite a series of diplomatic efforts by the United Nations to achieve a comprehensive settlement.