Flake's nomination as US ambassador to Turkey approved 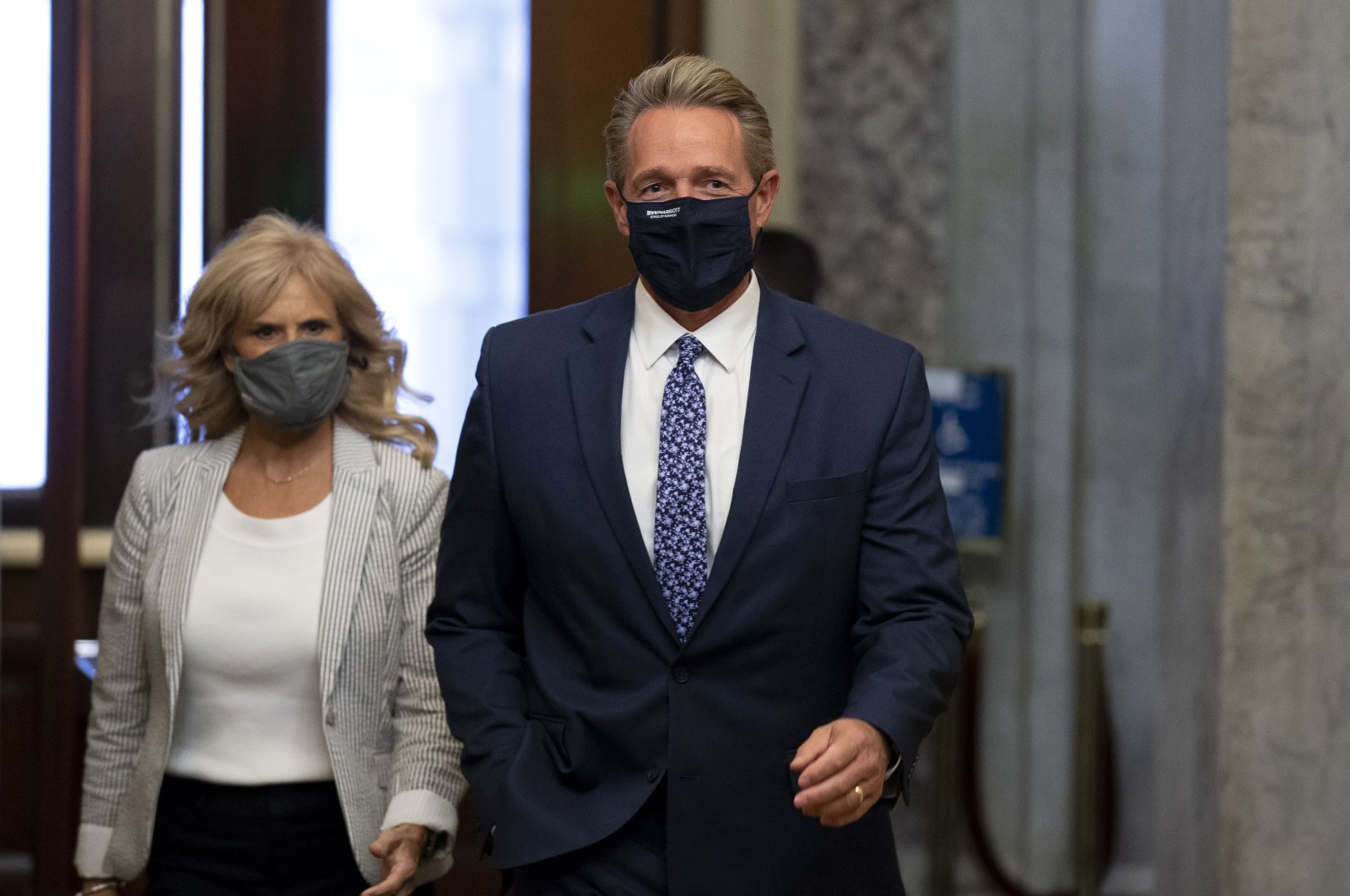 The nomination of former senator Jeff Flake as Washington's ambassador to Turkey was approved by the Senate Foreign Relations Committee on Tuesday.

The committee voted to approve 33 nominees for the State Department, United States Agency for International Development (USAID) and other critical foreign policy positions.

Among the ambassador nominees chosen by President Joe Biden are Thomas Nides for Israel, David Cohen for Canada, Claire Cronin for Ireland and Steven Bondy for Bahrain.

"The nominations move favorably to the Senate Floor for consideration by the full Senate," said a statement by the committee.

Nominated in mid-July, Flake was a key Republican ally for Biden during last year's White House race and endorsed the Democratic then-nominee after establishing himself as a Republican long at odds with former President Donald Trump.

Flake served in both the House Foreign Affairs Committee and the Senate Foreign Relations Committee during his time in Congress, which spanned nearly two decades.

In September, he said Turkey would face more sanctions if it purchases additional S-400 missiles from Russia.

Flake, who had rejected the so-called Armenian genocide during his term as a senator, said he would recognize it if he is appointed as ambassador.

Biden described the killings of Ottoman Armenians during World War I as “genocide” in April.

“We remember the lives of all those who died in the Ottoman-era Armenian genocide and recommit ourselves to preventing such an atrocity from ever again occurring,” Biden said. “And we remember so that we remain ever-vigilant against the corrosive influence of hate in all its forms,” he said.

“We do this not to cast blame but to ensure that what happened is never repeated,” Biden said.

“We have nothing to learn from anybody on our own past. Political opportunism is the greatest betrayal to peace and justice. We entirely reject this statement based solely on populism,” Çavuşoğlu said in a Twitter post.

With the acknowledgment, Biden followed through on a campaign promise he made a year ago. Mainly hailing from Ottoman Armenians, Armenians in the U.S. constitute significant communities in the East Coast and California.

Turkey’s position on the 1915 events is that the death of Armenians in eastern Anatolia took place when some sided with invading Russians and revolted against Ottoman forces. A subsequent relocation of Armenians resulted in numerous casualties, added by massacres from militaries and militia groups of both sides. The mass arrests of prominent Ottoman Armenian politicians, intellectuals and other community members suspected of links with separatist groups, harboring nationalist sentiments and being hostile to Ottoman rule were rounded up in then-capital Istanbul on April 24, 1915 are commemorated as the beginning of later atrocities.

The list of disagreements is unusually long for the two NATO allies, including the U.S. support for YPG terrorists, the PKK's Syrian offshoot in Syria, Turkey’s purchase of the Russian S-400 air defense system and Biden's declaration of the 1915 events regarding the Ottoman Armenians during World War I as "genocide.”