Turkey aims to solve S-400 issue with US through dialogue: Kalın 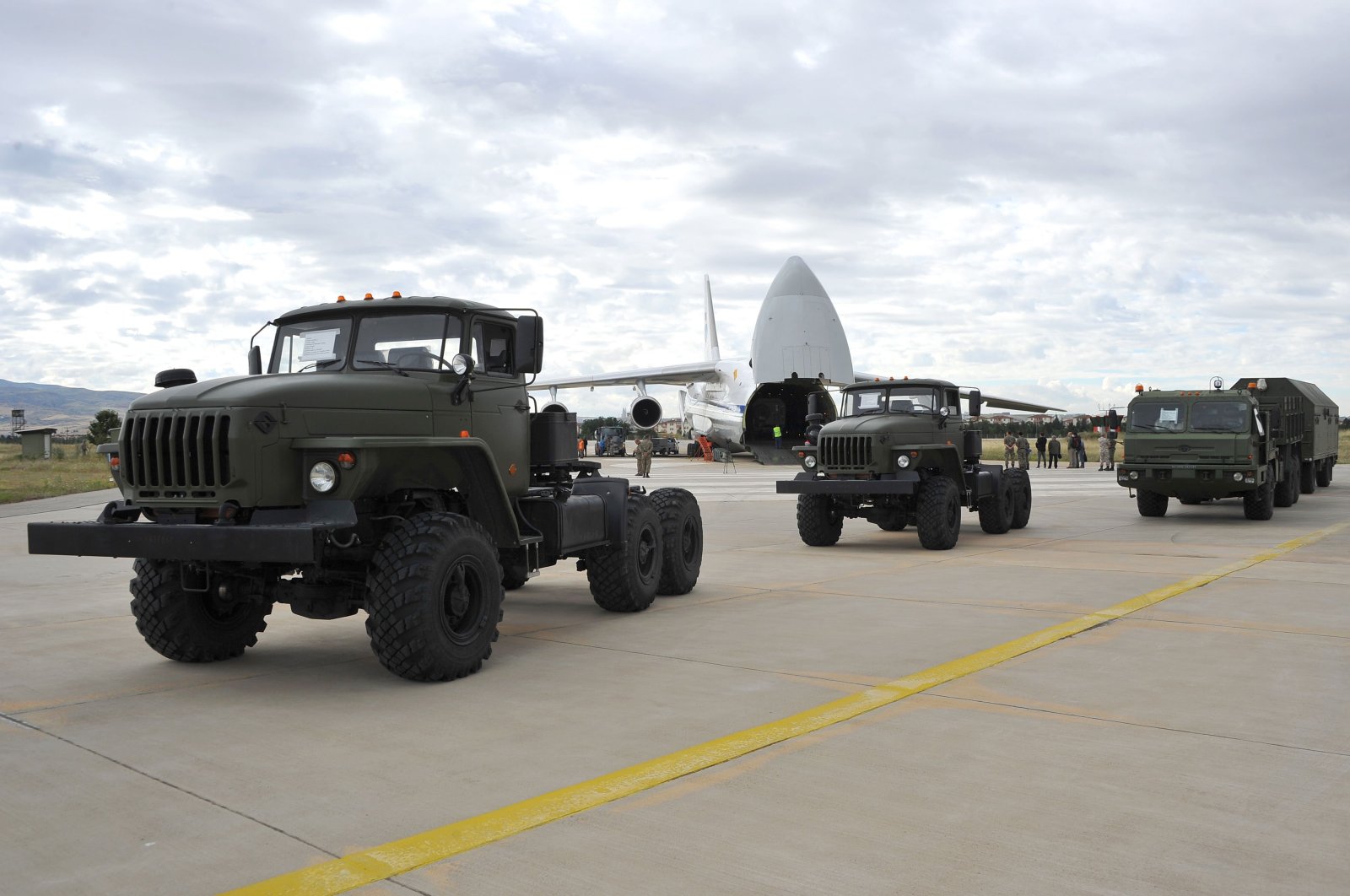 A handout photograph taken and released on July 12, 2019, by the Turkish Defense Ministry shows a Russian military cargo plane carrying the S-400 missile defense system from Russia to the Mürted military air base, in Ankara, Turkey. (AFP File Photo)
by DAILY SABAH May 12, 2021 1:24 pm
RECOMMENDED

Turkey and the U.S. can resolve the S-400 problem through negotiations, Presidential Spokesperson Ibrahim Kalın said Tuesday, as he said President Recep Tayyip Erdoğan plan to hold a meeting with U.S. President Joe Biden and other leaders at an upcoming NATO summit.

Kalın continued by noting that Turkey expects the U.S. to take a step back from its decisions as the Biden administration is well aware that the S-400 missile defense system does not endanger NATO’s security systems or the interest of third countries. He noted that if the U.S. has such concerns, it has not based it on technical facts.

“If we are two allies and strategic partners, we can solve these through negotiation,” Kalın said, adding that Turkey may also purchase Patriot missiles if conditions are available.

“Our priority is our country’s own national interests,” the presidential spokesperson said, adding that Turkey has not taken a side against third parties but will seek alternatives when allies leave it without an option.

‘Reaction against Israel’s violence not enough’

Regarding the Israeli violence, Kalın said Turkey strongly condemns Israel’s illegal and immoral attacks, which equal to the last step of the country’s project to strip Palestinian land of history, cultural and religious identity.

“We need to increase pressure on Israel in a consistent and systematic way,” Kalın said, adding that Turkey is closely following the issue and the stances of the Muslim world, Arab countries, the EU and the U.S.

Kalın highlighted that all global organizations, including the Organisation for Islamic Cooperation (OIC), need to mobilize and expose Israel’s lawless attacks.

“Palestine’s map documents how Palestinian lands have been stolen from Palestinians in the greatest theft of history since 1948,” Kalın said.

Hundreds of Palestinian protesters were injured in renewed attacks by the Israeli police in the occupied East Jerusalem holy site Al-Aqsa Mosque Monday after days of raids and attacks against peaceful worshippers during the month of Ramadan.

Tensions in Jerusalem have soared in recent weeks as Palestinians have protested against Israel's restrictions on access to parts of the Old City during the Muslim holy month of Ramadan and after authorities ordered several Palestinian families to leave their homes to make way for Israeli settlers.

Israel also recently resumed airstrikes against the Gaza Strip, as some said the strikes resembled those in 2014.

No talks with Syria’s Assad

“Holding talks with Assad is out of the question,” Kalın said, but he added that intelligence units may hold meetings at times.