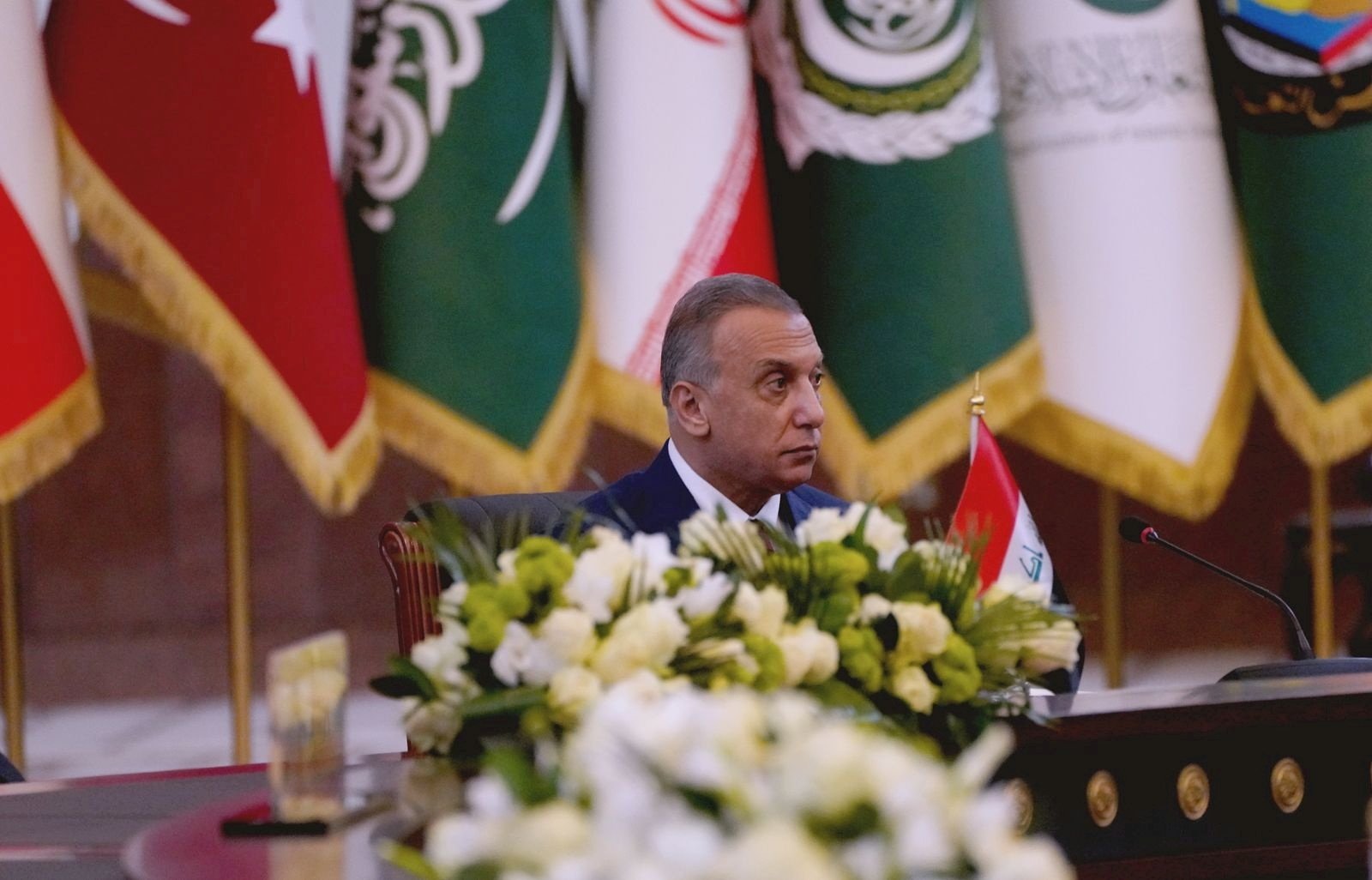 Foreign Minister Mevlüt Çavuşoğlu offered his condolences in a phone call with Iraq’s Prime Minister Mustafa al-Kadhimi following the attack on the latter on Monday.

Al-Kadhimi gave a televised speech soon after the attack by armed drones at his residence. Although he sustained a minor cut, visible from a bandage wrapped around his left wrist, he appeared calm and composed, seated behind a desk in a white shirt.

According to two Iraqi officials, seven of his security guards were wounded in the attack by at least two armed drones. They spoke on condition of anonymity because they are not authorized to give official statements.

Condemnation of the attack poured in from other world leaders, with several calling al-Kadhimi with words of support.

A security video showed the damage to his residence: a van parked outside the residence badly mangled, a shallow crater near the stairs, cracks visible in the ceiling and walls of a balcony and broken parts of the building’s roof. The footage also showed two unexploded rockets lying at the spot.

No group claimed responsibility for the attack but suspicion immediately fell on Iran-backed militias. They had been blamed for previous attacks on Baghdad's Green Zone, which houses government buildings and foreign embassies.

The two foreign ministers discussed preparations ahead of the 8th summit of the Turkic Council, which will be held in Istanbul on Nov. 12.