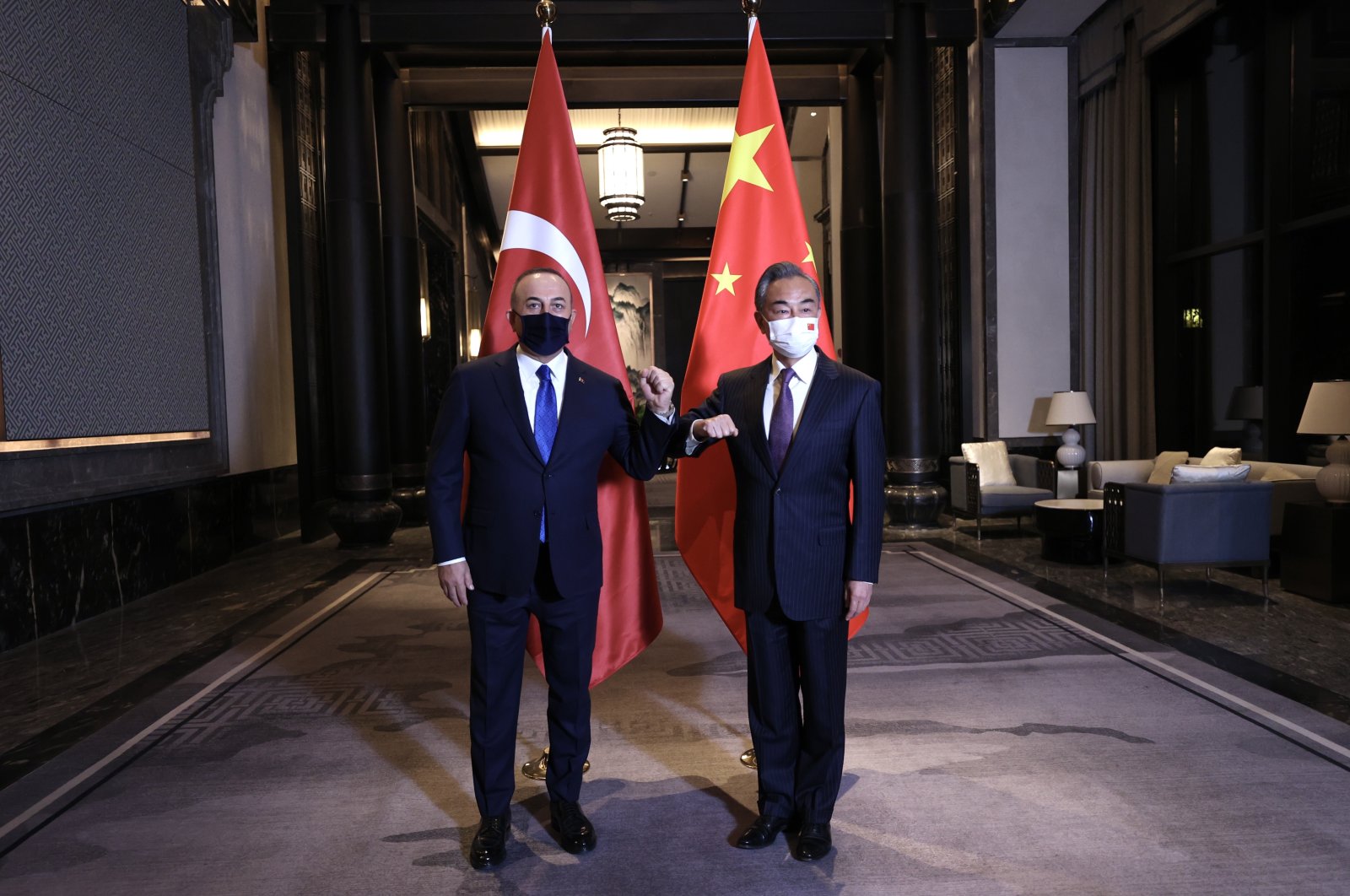 Foreign Minister Mevlüt Çavuşoğlu on Wednesday conveyed Turkey’s views and expectations regarding Uyghur Turks to his Chinese counterpart, Wang Yi during his visit.

Saying they have "evaluated economic cooperation opportunities," the minister also conveyed Turkey’s "views, expectations and sensitivities regarding the issues on our agenda, especially the Uyghur Turks."

Recognizing China's right to fight terrorism, Ankara has urged Beijing to draw a fine line between terrorists and innocent people.

Turkey also reinstates that the Chinese authorities are expected to respect universal human rights, including the religious freedom of Uyghur Turks and other Muslim groups.

In recent years, violations of the identity and culture of Uyghur Turks in China have been criticized on the international front.

China, however, has repeatedly denied allegations that it is operating detention camps in its northwestern autonomous region, claiming instead that they are "re-educating" Uyghurs.

Bilateral, economic and political relations between the two countries gained momentum in the 1980s. From the last decade onwards, the relations grew into a strategic and cooperative partnership.

The trade volume between the two countries stood at around $24 billion as of 2020, primarily driven by the expanding export volume of Turkish agricultural and husbandry goods to China.