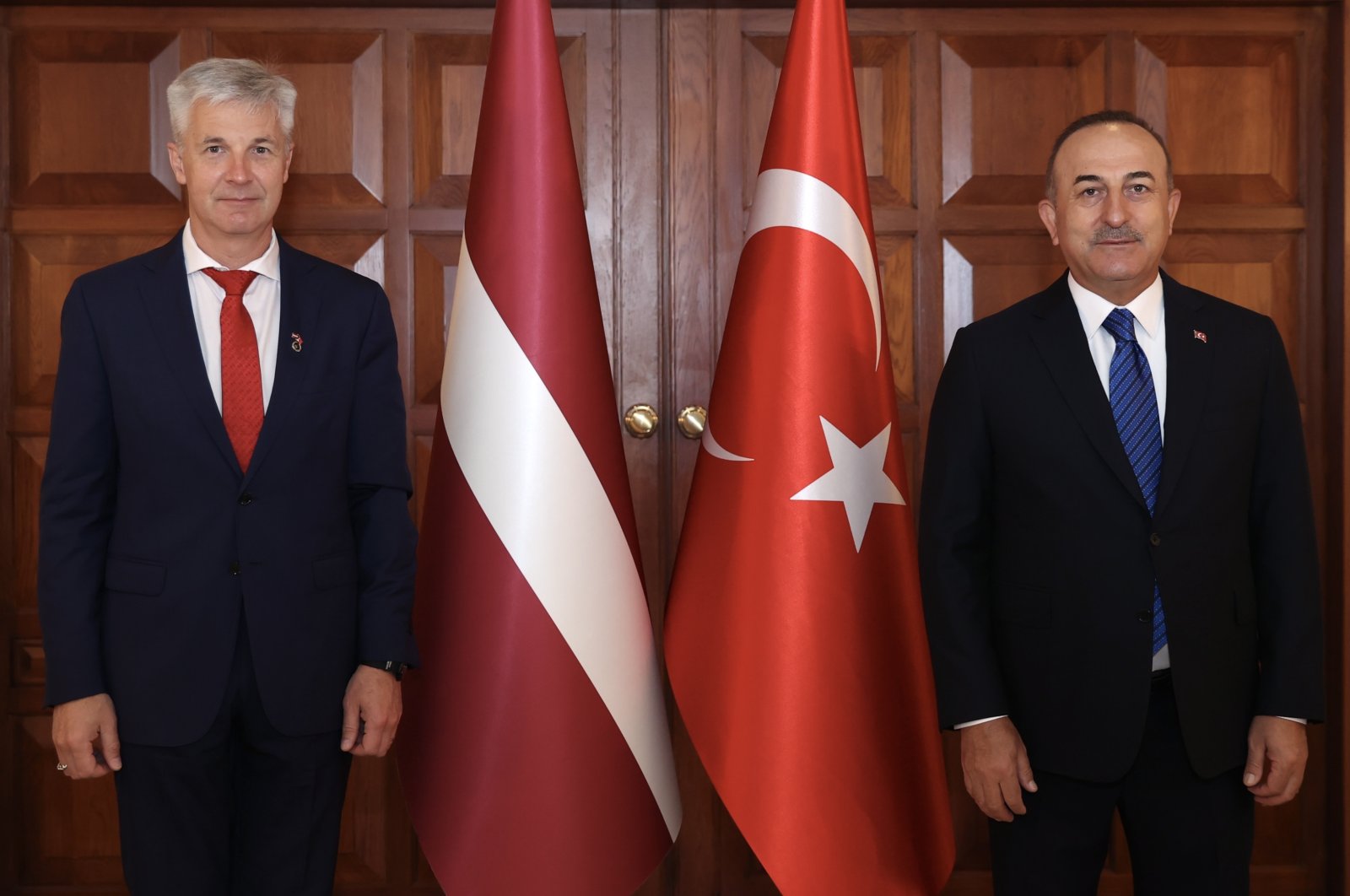 On Twitter, Çavuşoğlu posted a photo from their meeting in the Turkish capital, Ankara, saying that he "discussed our relations and cooperation opportunities in the defense industry" with Pabriks, who also serves as Latvia's defense minister.

"We will develop our cooperation with Latvia, our 2nd NATO Ally that shows interest in our UAV technology," Çavuşoğlu wrote.

Last month, Warsaw announced it would purchase 24 unmanned aerial vehicles (UAVs) from Turkey, citing their proven "striking force" in recent conflicts. That made Poland the first NATO ally to buy the Turkish UAVs.

Later in the day, Pabriks also met with Turkish Defense Minister Hulusi Akar. In the meeting, cooperation in various fields including military training, defense, security and the defense industry were discussed.

Akar expressed his pleasure that they reached a common understanding in all issues that they discussed.

Pabriks, for his part, said that Turkey is a very reliable NATO partner and underlined Latvia's willingness to cooperate with Turkey.

He also said that Turkey has taken very important steps in becoming a known player globally in the defense industry.