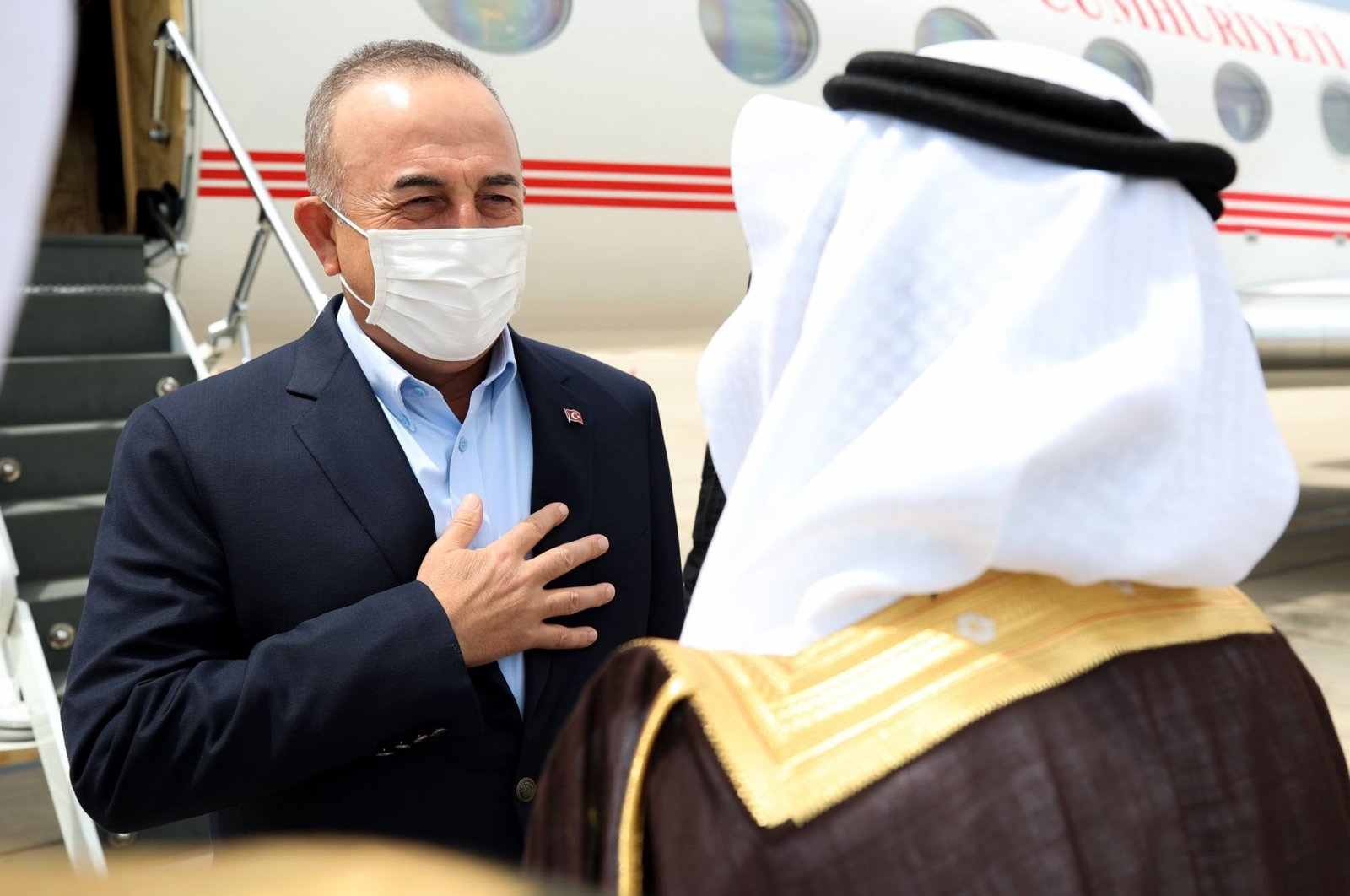 Turkish Foreign Minister Mevlüt Çavuşolğlu in Saudi Arabia for an official visit, Saudi Arabia, May 10, 2021. (DHA Photo)
by DAILY SABAH May 11, 2021 11:37 am
RECOMMENDED

Turkish Foreign Minister Mevlüt Çavuşoğlu on Monday arrived in Saudi Arabia to discuss bilateral ties, key regional issues and Israel’s attacks on Palestinians. The visit comes as the two countries seek to repair their relations after they hit an all-time low over the 2018 killing in Istanbul of Saudi journalist Jamal Khashoggi.

"In Saudi Arabia to discuss bilateral relations and important regional issues, especially the attacks at the Al Aqsa Mosque and the oppression against the Palestinian people," Çavuşoğlu wrote on Twitter upon his arrival in Saudi Arabia.

The visit comes during the ongoing tensions in Jerusalem. Palestinians in Jerusalem in recent days have protested in solidarity with the residents of the Sheikh Jarrah neighborhood amid attacks by Israeli police. The crisis stems from a ruling by the Israeli Supreme Court in East Jerusalem, which approved a decision to evict seven Palestinian families from their homes in the neighborhood in favor of Israeli settlers at the beginning of this year. Israeli police attempted to disperse worshippers inside the Al-Aqsa Mosque compound Friday evening using stun grenades and tear gas. Hundreds of Palestinians were injured in the attacks, which have been condemned worldwide.

Qatar has close relations with Turkey and could be facilitating the latter's talks with Riyadh after the two Gulf countries reached a breakthrough in January in a three-year-old dispute. A statement issued by the emir's office did not give further details.

Çavuşoğlu’s trip was initially intended to focus on mending bilateral ties that soured when Khashoggi – a critic of Saudi Arabia's de facto ruler MBS – was killed by a Saudi hit squad in Istanbul in 2018.

Turkish President Recep Tayyip Erdoğan said at the time the order to kill Khashoggi came from the "highest levels" of the Saudi government, and a United States intelligence report released in February found MBS had approved the killing – a charge Saudi Arabia rejects.

Turkey has repeatedly called for the extradition of the Saudi agents and last year began trying two former aides of MBS and other Saudi citizens in absentia in Turkey.

Aside from the Khashoggi incident, Saudi Arabia’s rapprochement with Israel, support for the coup in Egypt and its stance on Libya and Syria have been other points of contention between Ankara and Riyadh.

A foreign diplomat in Riyadh told Reuters that the Saudis wanted to use the Turkish drones against Iran-aligned Houthi fighters in Yemen, and would discuss buying Turkish-made Bayraktar TB2 drones.