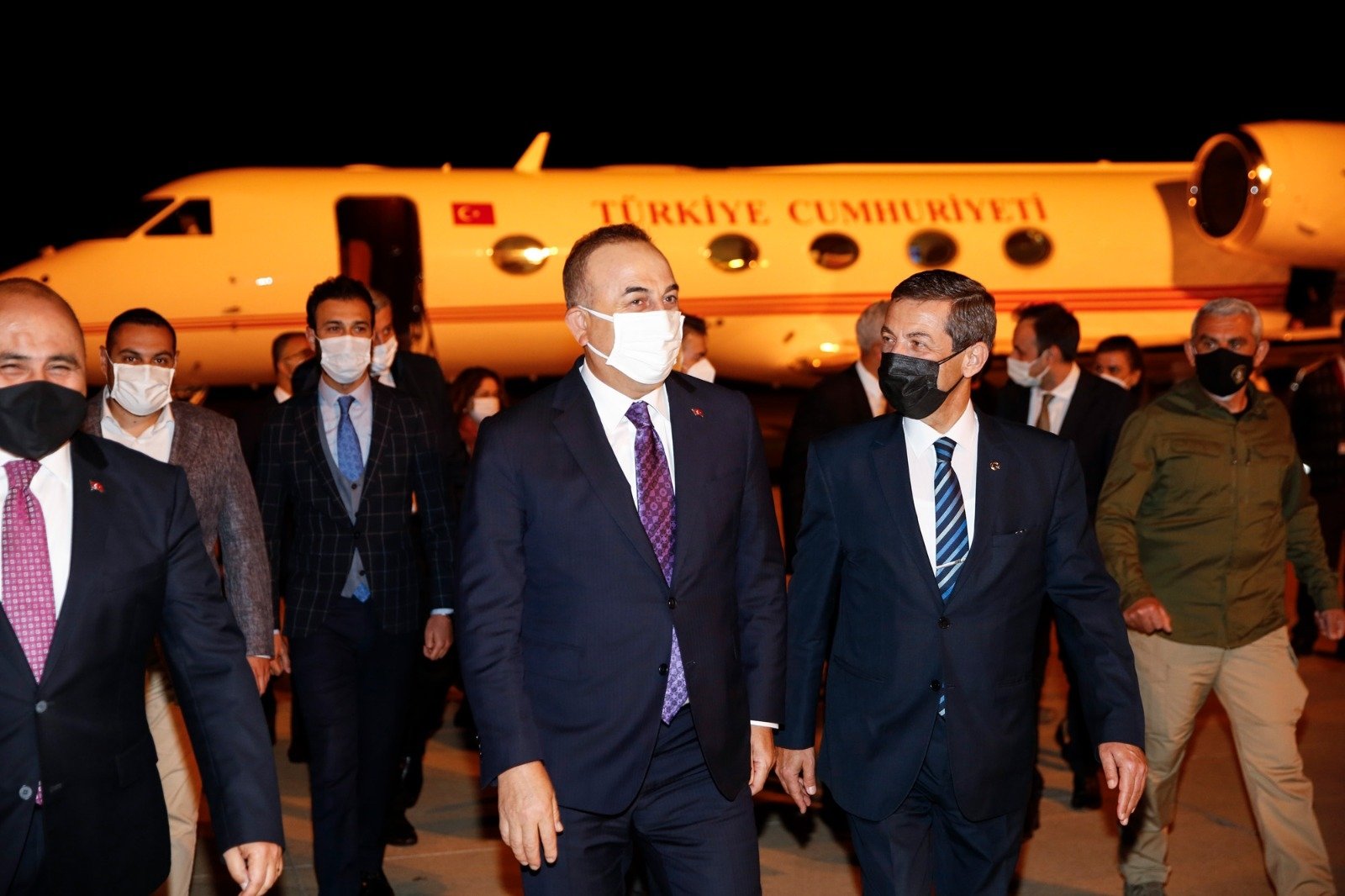 Foreign Minister Mevlüt Çavuşoğlu arrived in the Turkish Republic of Northern Cyprus (TRNC) late Thursday to hold talks ahead of an informal 5+1 meeting on Cyprus that is planned for Geneva on April 27-29 under the auspices of the United Nations.

"In TRNC to defend together our national cause with a new vision," Çavuşoğlu wrote on Twitter.

In his meeting with Ertuğruloğlu Friday, Çavuşoğlu reminded that “the Greek Cypriot administration, which does not want to share anything with the Turkish community and its backer Greece, have rejected all solution proposals either on the table or through referendums.” He added that a solution for Cyprus has been negotiated for 53 years.

“In these 53 years, at the end of negotiations that produced negative results, the Greek Cypriot side was awarded while the Turkish Cypriot side was punished. Therefore, we recommend a two-state solution on the basis of sovereign equality,” he added.

Ertuğruloğlu for his part said that the only agenda of the Geneva meeting was to see whether the parties have a common ground for negotiation or not.

“If there is such a basis that has a chance and from which we can gain results, then the process for negotiation will be on the agenda, otherwise we will move on toward a new, healthy process that will prevent spending another 50-100 years in vain.”

Çavuşoğlu, after his meeting with Ertuğruloğlu was also received by President Ersin Tatar.

The island of Cyprus has been divided since 1974 when a Greek Cypriot coup was followed by violence against the island's Turks and Turkey's intervention as a guarantor power.

April's informal 5+1 meeting on the Cyprus issue will seek to determine whether the parties can find a common ground from which to negotiate a lasting solution to the Cyprus problem within the foreseeable future. It will be attended by two parties on the island, the three guarantor countries, Turkey, Greece, the U.K., and the U.N.

Çavuşoğlu’s visit comes after he clashed with Greece’s Foreign Minister Nikos Dendias on a wide range of issues during a heated news conference in the capital Ankara.

Following the meeting, Dendias on Twitter insisted that “the only solution that is accepted by the entire international community is the bi-zonal-bi-communal federation in Cyprus.”