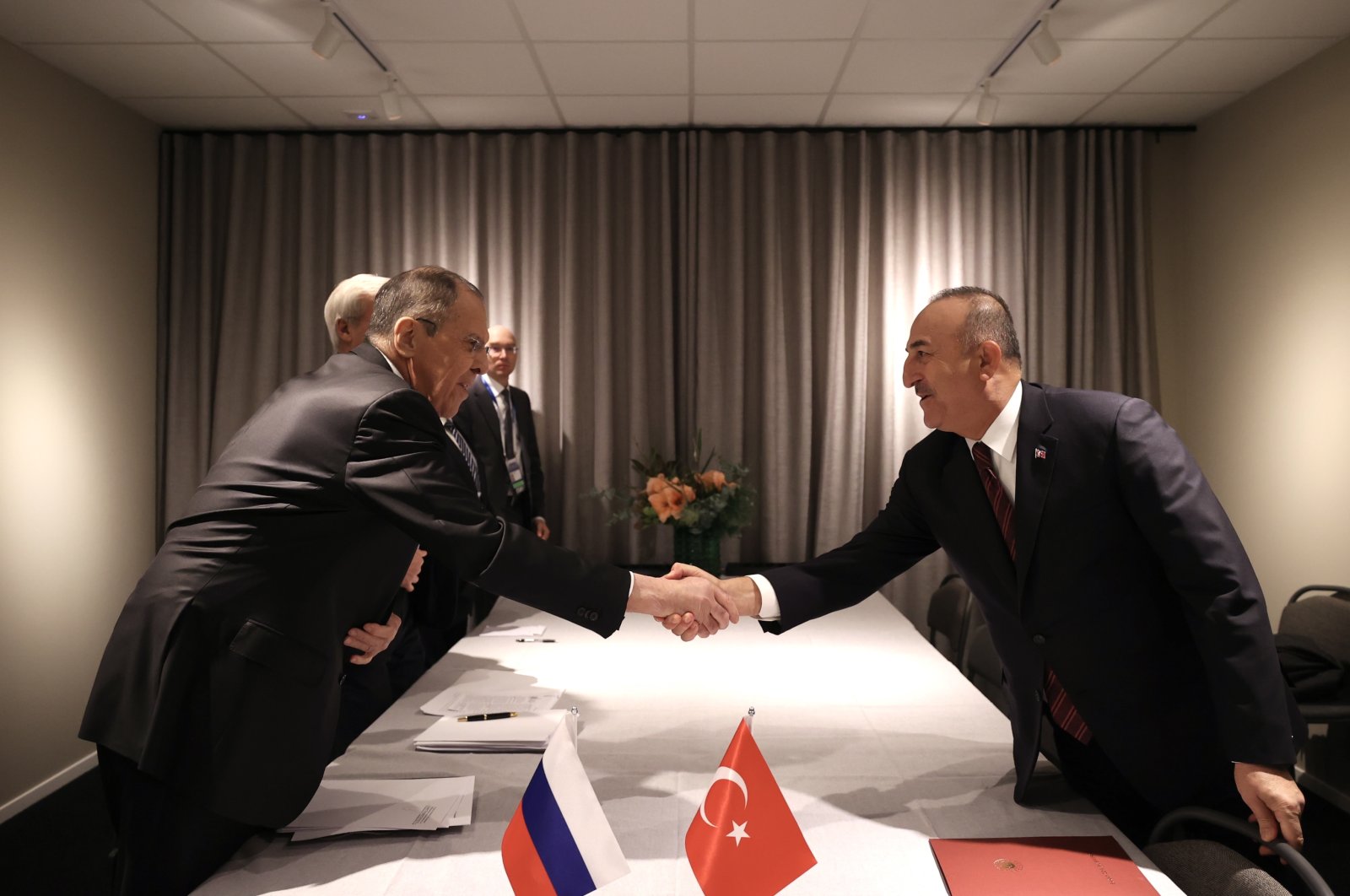 Foreign Minister Mevlüt Çavuşoğlu and his Russian counterpart Sergey Lavrov on Thursday discussed bilateral relations as well as regional developments on the sidelines of the Organization for Security and Co-operation in Europe (OSCE) Ministerial Council meeting in Sweden.

Following the meeting, Çavuşoğlu tweeted that issues such as Syria, Libya, Ukraine and the Caucasus were discussed.

The top diplomats exchanged views on further stabilization of the situation in the Transcaucasia, as well as the prospect of taking collaborative actions to achieve a Bosnian settlement, the Russian Foreign Ministry said in a statement.

Earlier in the day, Çavuşoğlu also met with his counterparts from Kyrgyzstan, Luxembourg, and Finland.

After meeting with Kyrgyz Foreign Minister Ruslan Kazakbaev and Turkic Council Secretary General Baghdad Amreyev, he wrote on Twitter that they discussed steps to be taken after the "historic" Turkic Council summit in Istanbul held on Nov. 12.

While meeting with Luxembourg's Foreign Minister Jean Asselborn on the 75th anniversary of Turkey-Luxembourg diplomatic relations was a "pleasure," Çavuşoğlu also noted that he and his Finnish counterpart Olavi Haavisto discussed joint "efforts in the field of mediation and regional issues."