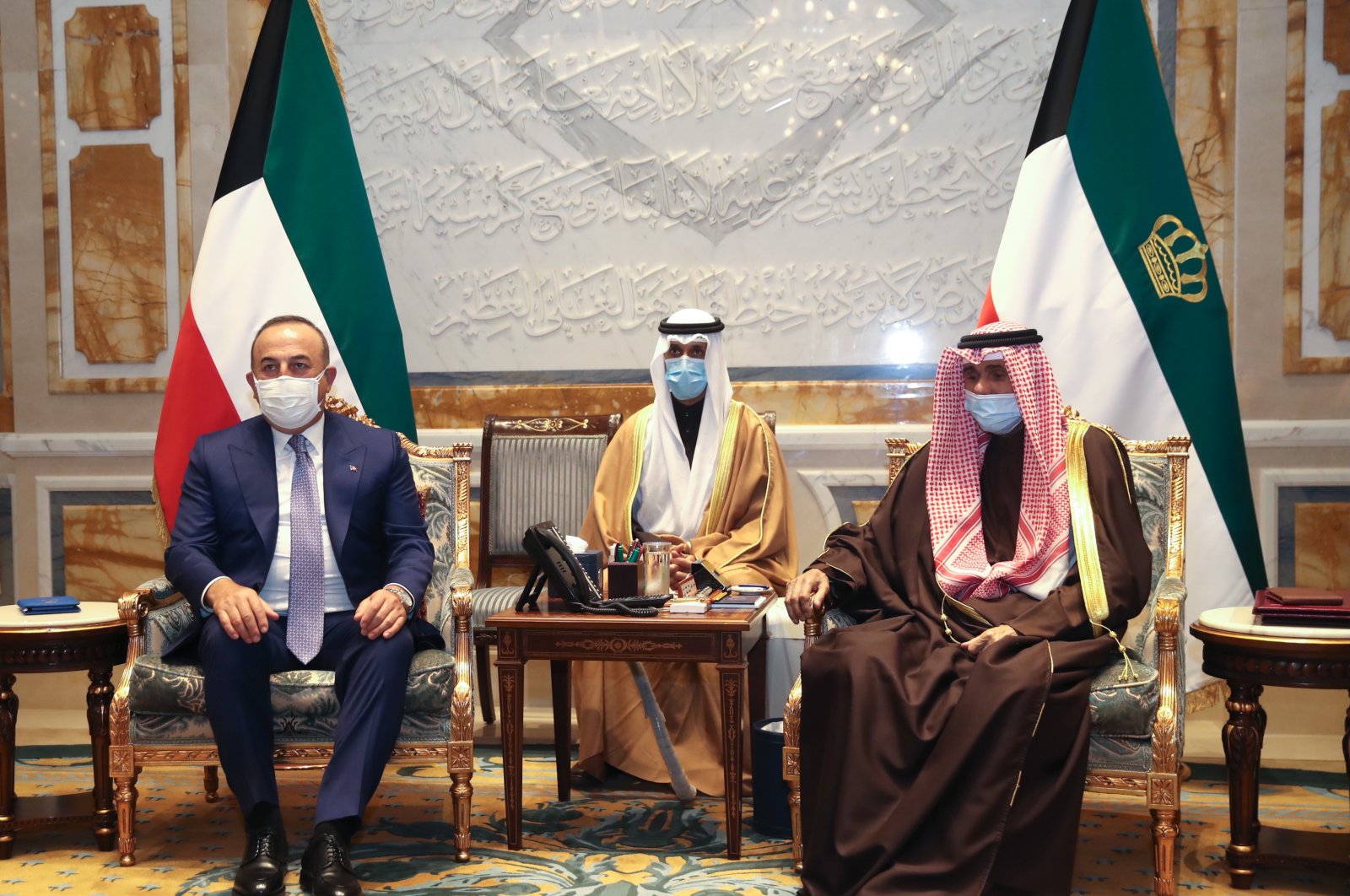 Foreign Minister Mevlüt Çavuşoğlu enhanced his diplomatic traffic on Monday, holding phone calls with his Iraqi, Bulgarian and Tunisian counterparts before departing on a three-day Gulf tour for official visits to Kuwait, Oman and Qatar.

No details were given about the content of Çavuşoğlu’s call with his Bulgarian counterpart Ekaterina Zaharieva.

On the other hand, Turkey’s top diplomat late Monday arrived in Kuwait to hold talks with his counterpart and other high-level authorities before also visiting Oman and Qatar to review various aspects of bilateral relations and exchange views on current regional and international issues. Çavuşoğlu is also scheduled to meet with Turkish businesspeople operating in those countries.

Çavuşoğlu also met with Kuwait's Prime Minister Sheikh Sabah Al Khalid Al Sabah in what he called “a fruitful meeting,” where he voiced that Ankara wants to work closely with the Cabinet that will be formed in the upcoming period.

Turkey and Kuwait, which gained independence in 1961, celebrated the 50th anniversary of the establishment of their diplomatic relations in 2014. Turkey enjoys multifaceted relations with Kuwait based on common cultural and historical ties.

Turkey’s bilateral relations with Kuwait have gained momentum in recent years through high-level visits and numerous agreements. Five state visits took place between the two countries in 2017, while in 2018, the late emir attended the Organisation of Islamic Cooperation (OIC) Extraordinary Summit on Al-Quds in Istanbul. In the same year, the speaker of the Kuwaiti National Assembly, Marzouq Ali Al Ghanim, visited Turkey to attend the presidential inauguration of President Recep Tayyip Erdoğan and the Third Meeting of Speakers of Eurasian Countries’ parliaments held in Antalya on Oct. 8-11, 2018.

The two nations' bilateral trade volume, which fell between 2015 and 2017, reached a level of $678 million (TL 4.80 billion) by the end of 2018 and exceeded the trade volume recorded in 2015. Currently, more than 300 Kuwaiti companies are operating in Turkey, and the total value of investments by these companies is worth $1.7 billion. Kuwaiti investments in Turkey focus on the areas of finance, real estate, trade and industry. On the other hand, the total amount of tenders won by Turkish companies in Kuwait currently totals $6.5 billion-$7 billion.