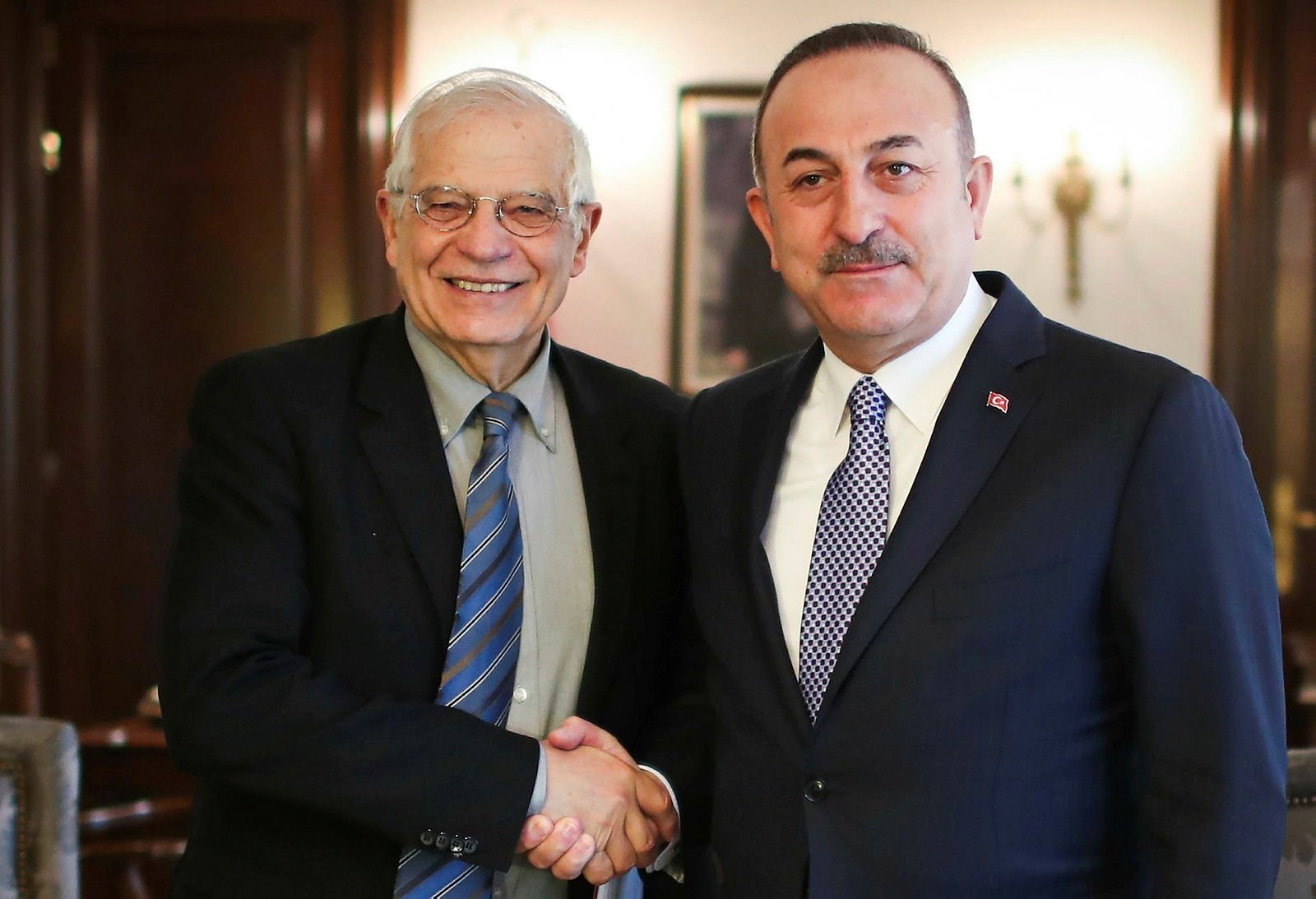 During the bilateral meeting, Çavuşoğlu and Borrell will review "all aspects of the relations" ahead of EU summit that will be held on June 24-25, said a statement by the Turkish Foreign Ministry.

"Steps that can be taken to enhance cooperation with the EU on the basis of Turkey's accession perspective, as well as global and regional developments will also be discussed," it added.

Borrell arrived in Turkey to attend the South-East European Cooperation Process (SEECP) Summit held Thursday and the Antalya Diplomacy Forum which will be running from June 18 to 20.

The Antalya Diplomacy Forum will be held by the Turkish Foreign Ministry under the theme of "Innovative Diplomacy: New Era, New Approaches."

The forum will host 12 heads of state and government, 43 foreign ministers, four former heads of state, representatives of international organizations, intellectuals, and academics.

The SEECP brings together Turkey, Albania, Bosnia and Herzegovina, Bulgaria, North Macedonia, Romania, Serbia, Greece, Croatia, Moldova, and Montenegro and "is a symbol of the common will of the countries of the region to improve cooperation among themselves and to bring lasting stability in South East Europe," according to the Turkish Foreign Ministry.