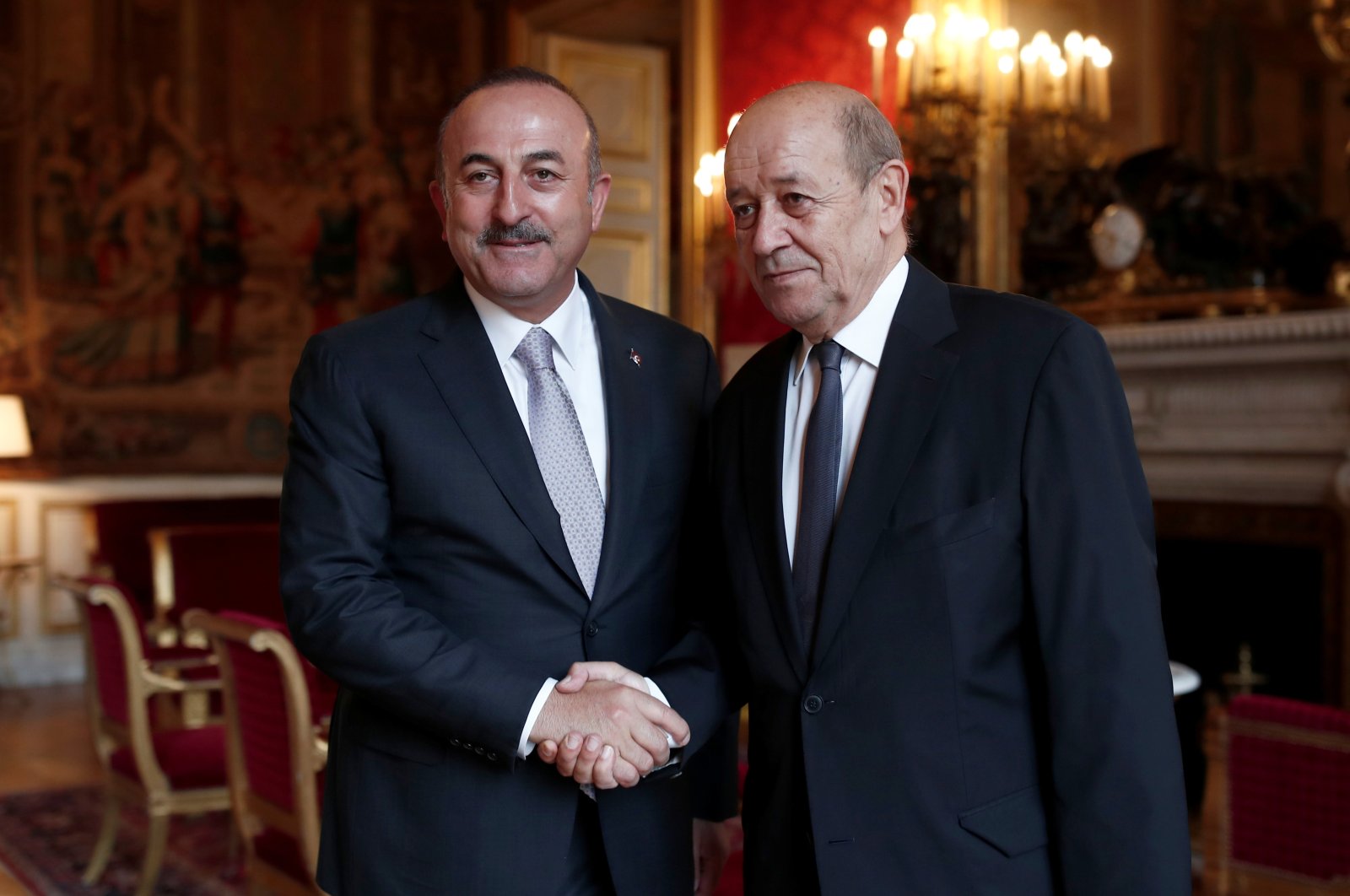 French Minister for Foreign Affairs Jean Yves Le Drian (R) and his Turkish counterpart Mevlüt Çavuşoğlu, pose for the media prior to their bilateral meeting at the Quai d'Orsay in Paris, France, September 30, 2018. (Reuters File Photo)
by Anadolu Agency Jun 06, 2021 10:37 am
RECOMMENDED

Foreign Minister Mevlüt Çavuşoğlu is set to pay a two-day visit to France starting on Sunday, according to an official statement.

Çavuşoğlu will meet his French counterpart Jean-Yves Le Drian, the statement by the Turkish Foreign Ministry said on Sunday.

The bilateral relations between Turkey and France as well as Turkey-EU relations will be discussed during the meeting.

The duo will exchange views on current regional issues and international developments.

Çavuşoğlu is due in France on Le Drian's invitation, it added.

The bilateral relations between France and Turkey saw rising tensions in recent years.

Ankara and Paris previously traded barbs after French officials in 2018 met with the leaders of the PKK terrorist group’s Syrian affiliate, the YPG.

In January, Macron sent a letter to Erdoğan voicing his intentions to improve relations.

Turkish officials have decried France’s interference in the Eastern Mediterranean dispute, given it has no territory in the region.

France accused Turkish warships of aggressive behavior after its warship tried to inspect a vessel in June that it suspected was violating a U.N. arms embargo on Libya, but Turkey has denied harassing the Courbet. The two countries’ dispute escalated further after France sent naval assets into the Eastern Mediterranean to support Greek warships shadowing Turkish ones in disputed waters.