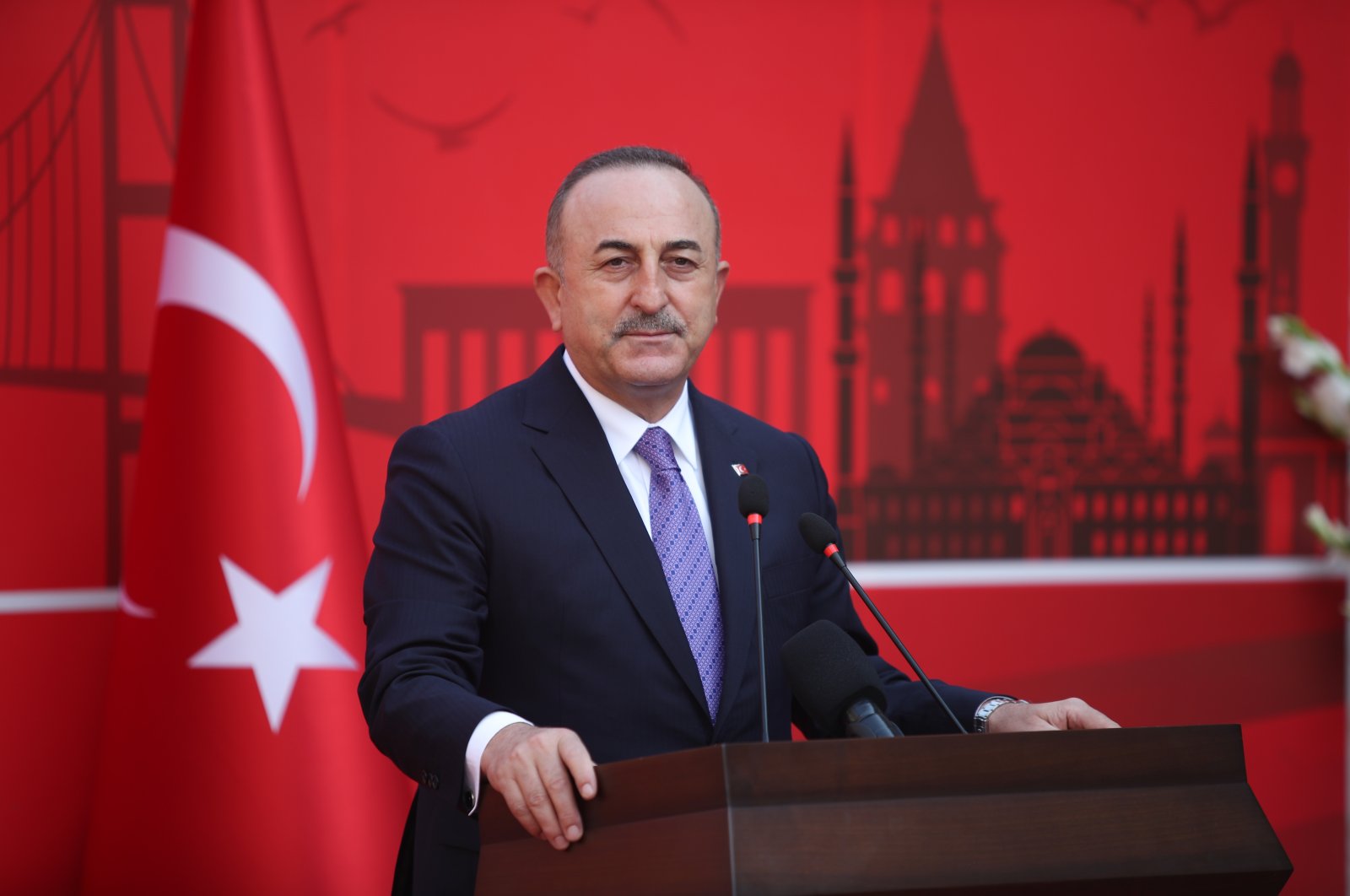 According to Çavuşoğlu, who spoke to journalists on his return from an official visit to Pakistan, Macron underlined Turkey’s importance for Europe and his will to develop positive ties in the letter.

Çavuşoğlu pointed out that the two leaders could soon talk via videoconference or a phone call to discuss relations as well as regional issues, including the fight against terrorism, Libya and Syria.

Turkey’s top diplomat last week in a joint press conference with his Portuguese counterpart Augusto Santos Silva in Lisbon gave signals of warming ties and stated that Paris and Ankara have been working on a road map to normalize relations and that “it has been going well ... If France is sincere, Turkey is ready to normalize ties with France as well."

Turkey has repeatedly traded barbs with France over policies in Syria, Libya, the Eastern Mediterranean and Nagorno-Karabakh, as well as over the publication of cartoons of the Prophet Muhammad in France.

Ankara and Paris previously traded barbs after French officials in 2018 met with the leaders of the PKK terrorist group's Syrian affiliate, the YPG.

Last month, the EU prepared punitive measures over Turkey's dispute with members of Greece and the Greek Cypriot administration over rights to offshore resources in the Eastern Mediterranean but decided to postpone the measures until March despite an earlier push by France to sanction Ankara.

After months of tensions, President Recep Tayyip Erdoğan and French President Emmanuel Macron discussed their differences in a phone call in September, agreeing to improve ties. But, the two presidents later traded accusations over a host of issues as tensions flared again.