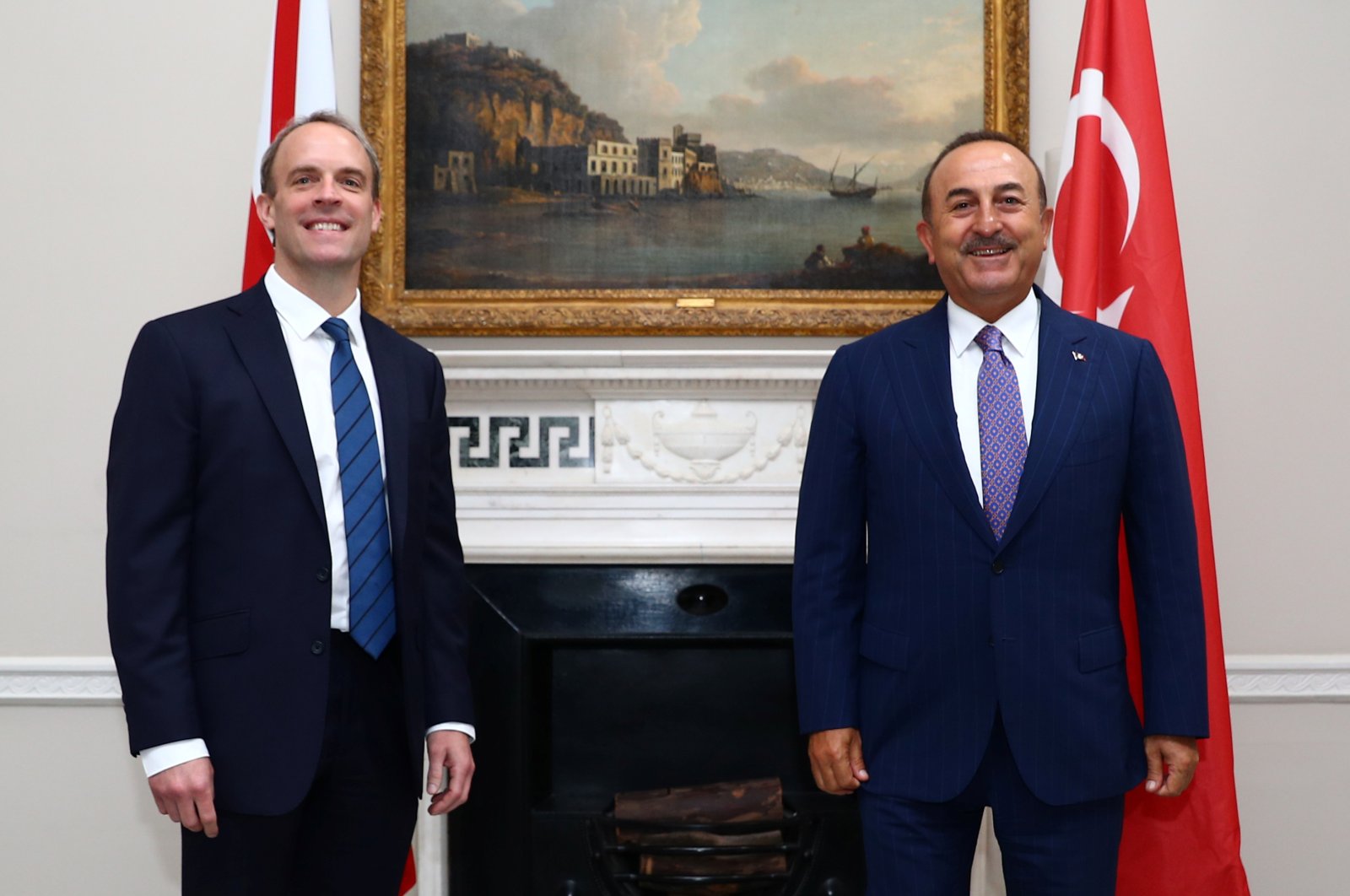 Turkey and the United Kingdom are in agreement on a diplomatic solution in Libya, Turkey's foreign minister said Wednesday.

Mevlüt Çavuşoğlu, who is paying a one-day working visit to London, said Turkey thinks the only solution in Libya conflict is a political one, adding: "We need to give pace to this political process under the roof of the U.N."

The conditions of the legitimate Fayez Sarraj government for a cease-fire in Libya must be met and it needs to be a permanent cease-fire, Çavuşoğlu noted.

His remarks came after a meeting with British Prime Minister Boris Johnson at Downing Street.

Çavuşoğlu said during the meeting with Raab and Johnson they spoke on relations in the post-pandemic era, bilateral post-Brexit free trade agreement, cooperation in tourism, health tourism and defense industries, as well as other international and regional issues, including Libya, Syria, and NATO.

Turkish foreign minister said he also met Jeffrey Donaldson, the chairman of the All Party Parliamentary Group on Turkey in the U.K. Parliament and Wendy Morton, the minister for European Neighborhood and the Americas.

He stressed that Turkey and the U.K. would be in cooperation in many fields after Brexit, adding, "even if the U.K. departs from the EU, it will continue to be one of the most important parts of the European continent."

Çavuşoğlu also said that along with the bilateral trade agreement, they also took up the future of a visa scheme agreement for Turkish businesspeople – also known as the Ankara Agreement – to prevent possible effects of Brexit on Turkish citizens.

The top Turkish diplomat added that he paid a courtesy visit to Johnson and reiterated Turkish President Recep Tayyip Erdoğan's invitation to Turkey.

He also announced Turkey will open a consulate in Manchester to provide quality service to the Turkish citizens.