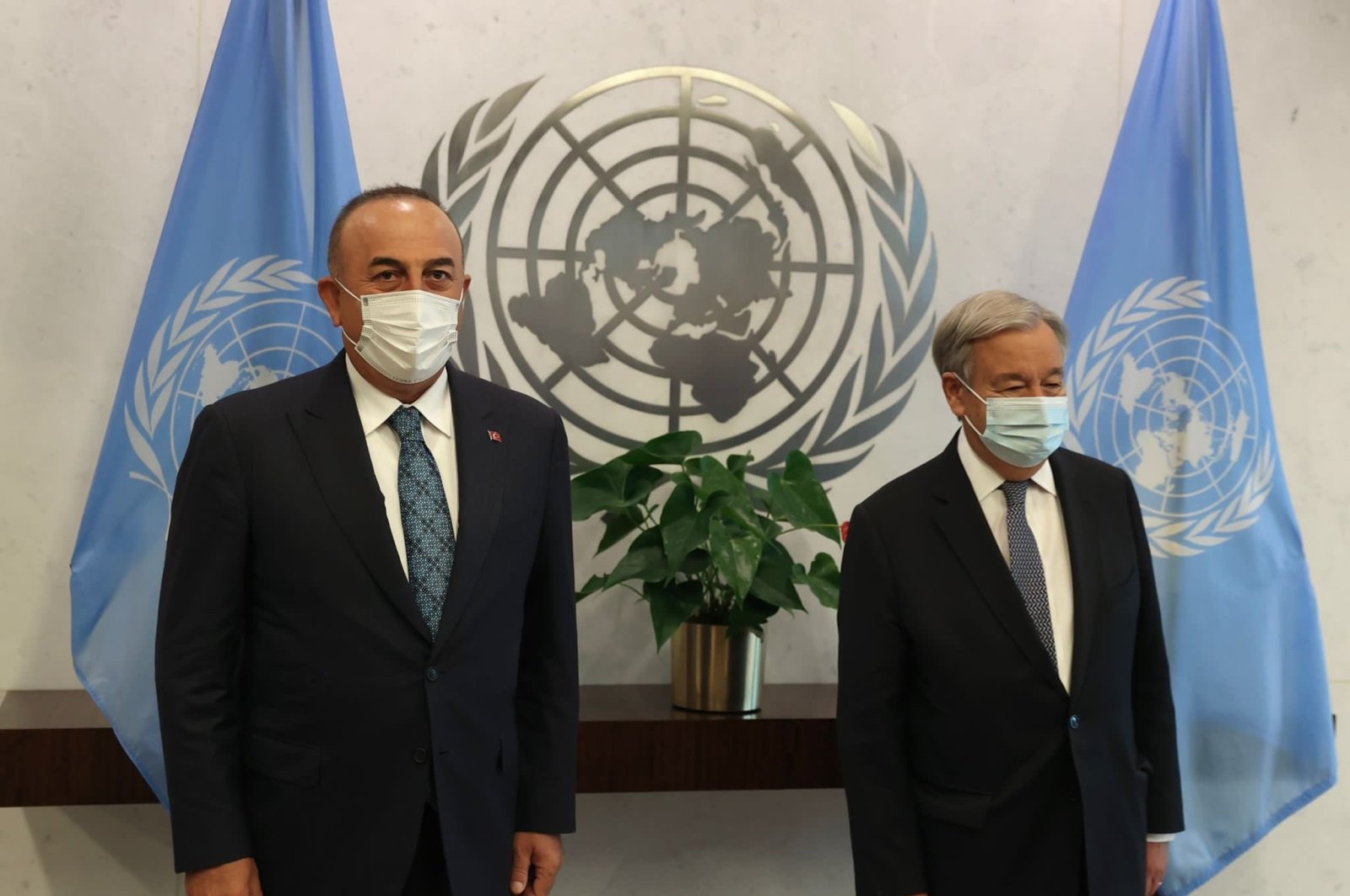 Çavuşoğlu said his meeting with the U.N. chief focused on a number of regional and international issues, including Cyprus, Afghanistan, Libya, Syria and climate change.

He did not provide additional details in his brief tweet, but he said in subsequent posts that he also sat down with recently-seated U.N. General Assembly President Abdulla Shahid. The former Maldivian foreign minister succeeded Turkish diplomat Volkan Bozkır at the helm of the General Assembly earlier this month.

"Will continue to support the work of UN," said Çavuşoğlu.

President Recep Tayyip Erdoğan will also be in New York on Sept. 19-22 to attend the U.N. General Assembly and various other programs, during which he will address participants at the summit to be held at the U.N. headquarters. He will also hold bilateral meetings with some leaders.