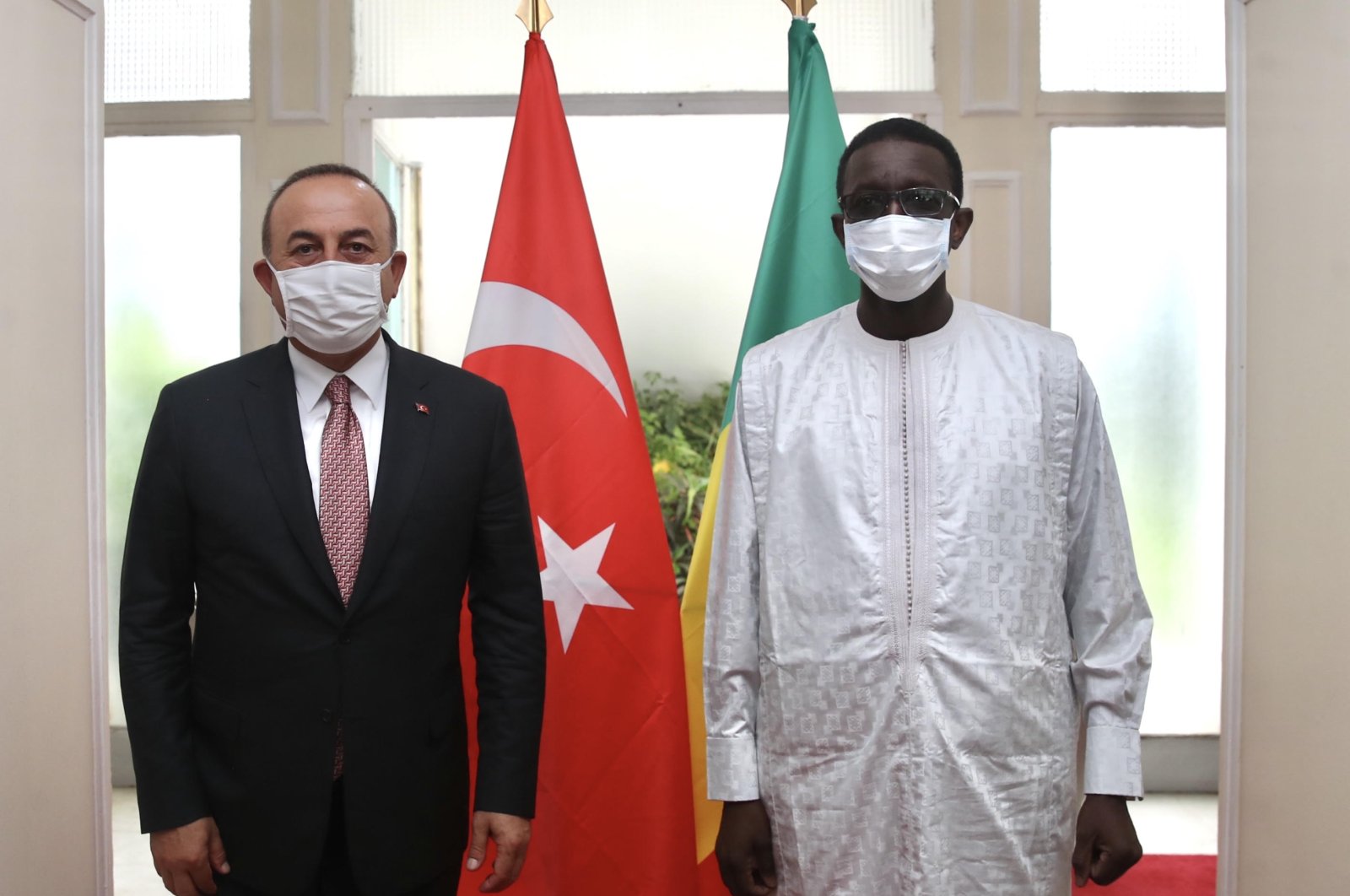 Foreign Minister Mevlüt Çavuşoğlu on Friday underlined the cooperation and warm relations between Turkey and Senegal following a meeting with his Senegalese counterpart Amadou Ba in the West African country.

“Senegal is a friendly country for us and is a grand actor for the whole world,” Çavuşoğlu stated, adding: “We thanked President Macky Sall for the trust they have in Turkish companies and the support they gave them while we also expressed our expectation that Turkish companies should be more widely represented in the Emerging Senegal Plan (ESP).”

Çavuşoğlu also thanked the country for supporting Turkey’s Maarif Foundation, founded to replace schools abroad linked to the Gülenist Terror Group (FETÖ) in the wake of the failed 2016 coup.

He said they also laid the foundation for Turkey's new embassy in Senegal's capital Dakar. “Hopefully, we will complete this construction as soon as possible in a manner worthy of Turkey and Senegal,” he said.

Çavuşoğlu earlier attended the groundbreaking ceremony of Turkey’s new embassy building in Dakar. Sharing photos from the ceremony on his Twitter account, the minister expressed his best wishes.

Çavuşoğlu also indicated during the news conference that regional issues were discussed along with bilateral ones and said, “Especially regarding Libya, we voiced that the African Union, as well as African countries, must play a more active role.”

The two diplomats also discussed the situation in Mali, where a group of army colonels has been ruling the country since the ousting of President Ibrahim Boubacar Keita on Aug. 18. No consensus has yet been reached on the makeup and duration of a transitional government ahead of promised elections.

Çavuşoğlu said that Turkey and Senegal were on the same page regarding Mali and that the transitional period as well as the return to constitutional order have to be established as soon as possible. “We stated that Turkey is ready to support the people of Mali in this regard. This process has to be completed with the cooperation of the international community and especially civilians and the (15-nation West African regional bloc) ECOWAS," he said.

Saying that this was the first visit from Turkey at the level of foreign ministers, Çavuşoğlu added: "We agree upon holding a joint economic commission which involves our relations with Senegal in all aspects in Turkey as soon as possible. Regarding the agreements signed between the two countries during the visit, Çavuşoğlu said that importance was also laid on educational and cultural cooperation beside economic relations. "We wish to see more Senegalese students in Turkey," he continued.

Ba, for his part, indicated that the bilateral trade volume increased to $250 million (TL 1.86 billion) between the years 2008-2019 and said that Senegal wishes to increase it to $400 million. He underlined that relations between the two countries are based on a win-win principle.

Çavuşoğlu arrived in Senegal Thursday, marking the final stop of his three-nation Africa tour. Çavuşoğlu was due to be received by President Sall during the day.

Çavuşoğlu visited Mali and Guinea-Bissau earlier in the week. The visits to Guinea-Bissau and Senegal represented the first official visits by a Turkish foreign minister. Çavuşoğlu and his counterparts addressed bilateral relations at all levels and reviewed possible new cooperation opportunities between the countries. Regional and international matters were also discussed at the meetings.