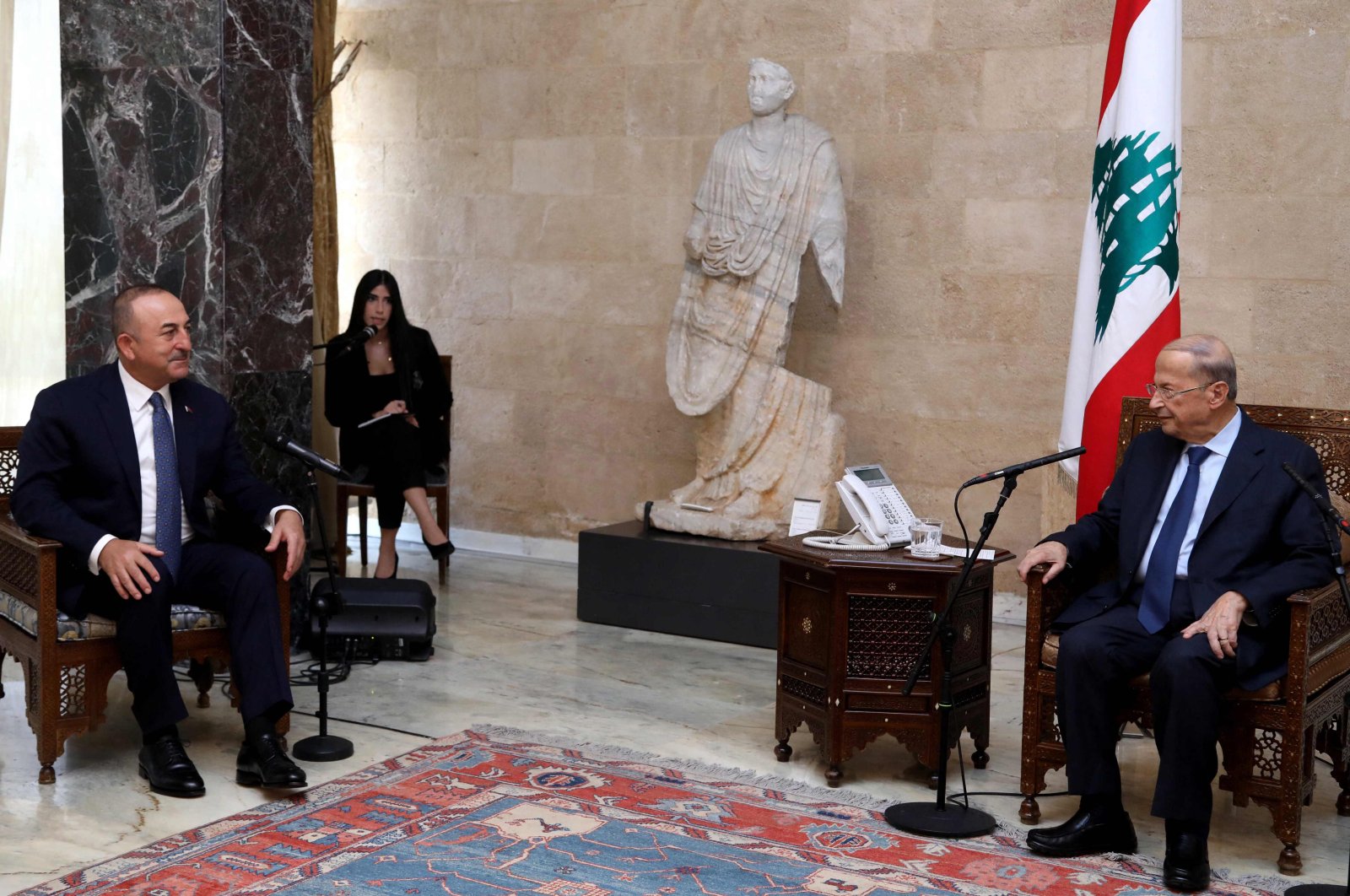 Foreign Minister Mevlüt Çavuşoğlu on Tuesday voiced solidarity with Lebanon during an official visit to the country, saying that the country has overcome several crises and is always reborn out of the ashes.

In an article written by Turkey’s top diplomat for Al-Joumhouria newspaper, he recalled that he visited Beirut, which was damaged in a massive explosion last year.

“Our aid to Lebanon continues with the contributions of our state institutions and humanitarian aid associations," he wrote.

Referring to the situation in Lebanon, which went through a difficult period with the port explosion, Çavuşoğlu stated: "While we were rushing to the aid of our Lebanese brothers, the traumatized people were trying to remove debris and heal the wounds. This beautiful country has faced many adversities, including the civil war, throughout its history and has always wanted to be reborn from its ashes. We have witnessed that they have succeeded. I have full faith that Lebanon will overcome this troubled period it is going through."

Çavuşoğlu emphasized that Turkey, which shares a deep-rooted history and cultural ties with Lebanon, as well as common geography and destiny, will always stand behind its Lebanese brothers and sisters.

Çavuşoğlu also pointed out Lebanon is facing one of the biggest economic crises of the past 150 years, according to the World Bank figures.

“We do not want Lebanon to pay the price for the regional negotiations and instability it has been exposed to but instead to use its energy and power to get its people back on their feet.

“On the other hand, on the basis of the importance we attach to Lebanon's independence, sovereignty, security and stability, we donated food, hygiene and personal protective equipment to the Lebanese Armed Forces and Internal Security Forces during this difficult period,” Çavuşoğlu said and added that Turkey with the same understanding decided to contribute to the United Nations mission in Lebanon with the approval of Parliament.

“We will continue to support the Lebanese army and security institutions ... As in all our actions, we will continue to offer all our opportunities and capabilities to our Lebanese brothers and sisters within the scope of our entrepreneurial and humanitarian foreign policy,” he concluded.

"Our support to the economic stability of Lebanon will continue," Çavuşoğlu also said in a tweet late Monday.

On Tuesday, the Turkish foreign minister called on Lebanese President Michel Aoun to discuss ways to improve relations between the two countries.

After a meeting with Aoun at the Baabda Palace in the Lebanese capital Beirut, Çavuşoğlu told reporters that they discussed bilateral relations.

He also congratulated Aoun on the establishment of a new government and the upcoming Lebanese National Day on Nov. 22.

Writing on Twitter, the minister reiterated Turkey's support to the brotherly Lebanese people and the stability of Lebanon.

Later he also met with Nabih Berri, Lebanon's parliament speaker. He said in a tweet that both sides reaffirmed a "common will to increase contacts between our Parliaments."

As part of his official visit to Lebanon, Çavuşoğlu also met with Prime Minister Najib Mikati and his counterpart Abdallah Bou Habib and Economy and Trade Minister Amin Salam.

On Sept. 10, a new Lebanese government was announced 13 months after the government of Hassan Diab resigned following the horrific August 2020 blast at the Port of Beirut.

Since late 2019, Lebanon has been grappling with severe domestic challenges, including a currency devaluation against the dollar, along with shortages of fuel and medicines.