FM Çavuşoğlu voices support for Libya ahead of elections 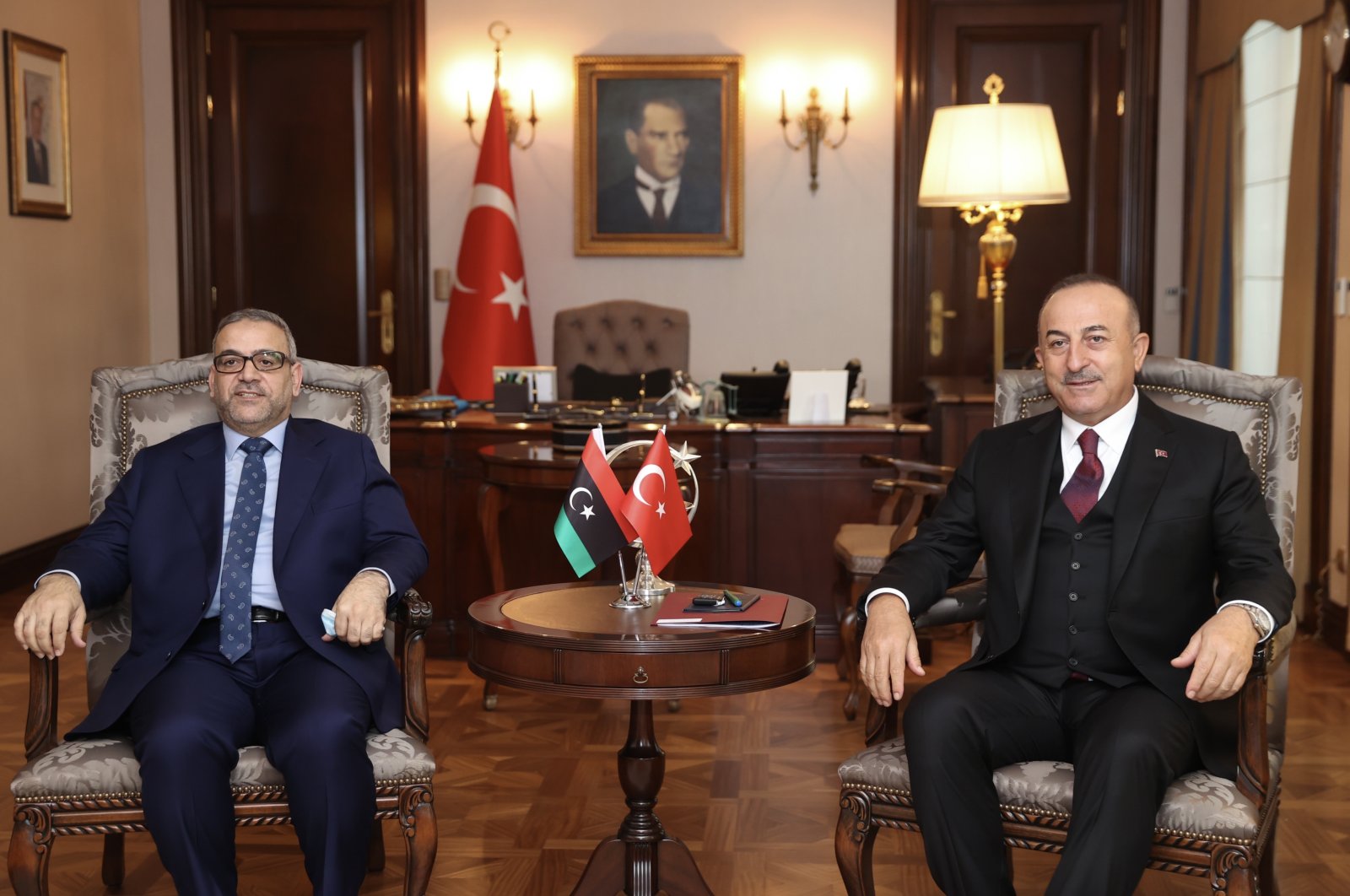 Foreign Minister Mevlüt Çavuşoğlu meets with Khaled al-Mishri, the president of the High Council of the State of Libya, at the Foreign Ministry in Ankara, Turkey, Nov. 10, 2021 (AA Photo)
by DAILY SABAH Nov 10, 2021 12:10 pm
RECOMMENDED

Foreign Minister Mevlüt Çavuşoğlu voiced Turkey's continued support for Libya ahead of the country's critical upcoming elections, during his meeting with President of the High Council of the State of Libya Khaled al-Mishri on Wednesday in Ankara.

Çavuşoğlu wrote on Twitter that he hopes stability, prosperity and peace will prevail in Libya and Turkey will continue to support the Libyans.

Çavuşoğlu and al-Mishri discussed the political situation and latest developments.

The meeting comes a month ahead of presidential and parliamentary polls to be held on Dec. 24.

The elections are seen as a step toward normalcy after nearly a decade of war affecting the country.