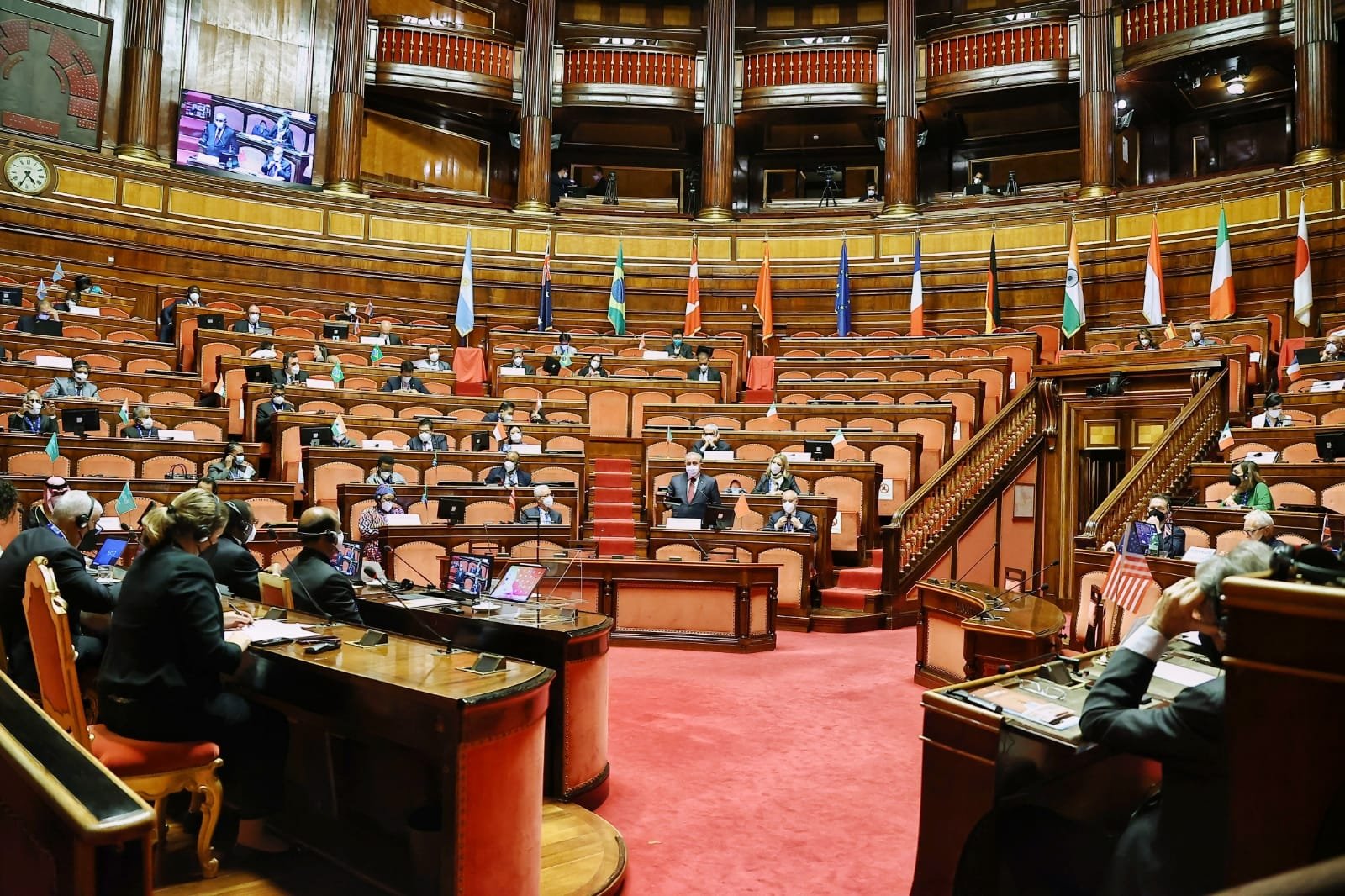 Turkey's Parliament Speaker Mustafa Şentop said Thursday that enhanced cooperation between countries and their parliaments is vital to restabilize the global economic and social order jolted by the coronavirus pandemic.

Humanity is facing crises it has never experienced before in its history, Şentop warned at the G20 Parliamentary Speakers' Summit, or P20, in Italy's capital Rome.

He said Turkey recognizes that it is essential for the G20 to "exhibit the leadership expected of it" at a time of global crises.

"As the U.N. targets the 2030 Agenda for Sustainable Development, I believe we are on the verge of a historic opportunity to rebalance our economic development according to social and environmental needs and to address socioeconomic inequalities," Şentop said.

"As Turkey, we believe that international solidarity and cooperation, as well as a national vision, are imperative for the realization of the sustainable development goals."

He stressed that actions based on egalitarian and fair values are needed for positive changes in the world.

Rather than speeches about democracy, we need actual opposition to coups and coup plotters to ensure a better future for our world, Şentop underlined.

Turkey's bilateral relations with these countries and the main issues on the G20 agenda were among the topics discussed in the meetings.

Şentop and his global counterparts are expected to publish a joint statement on the last day of the two-day summit.