Greece has turned into a US military base: Erdoğan 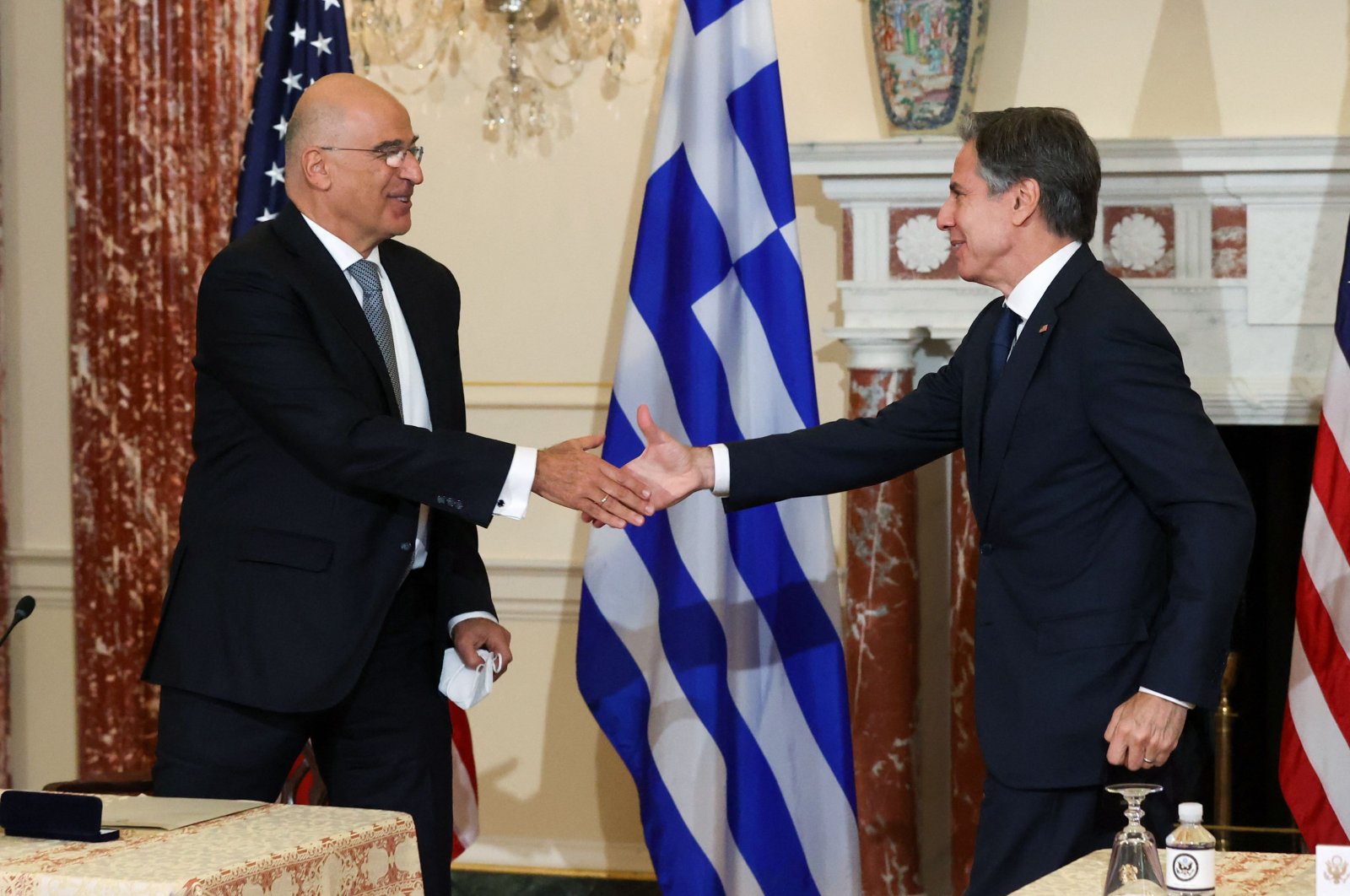 "Greece, as a whole, has turned into a U.S. military base," President Recep Tayyip Erdoğan said on Thursday.

"We have all the proof showing their actions," he said.

“It is Greece that is condemning them to death by puncturing the boats of migrants," the president underlined.

"We have all the proof."

"You can fool the world by accusing Turkey," Erdoğan also said. "But you can't fool us."

“Saying that the migration crisis is rooted from Turkey is ingratitude,” Erdoğan emphasized, while reminding that Turkey hosts around 5 million migrants, 4 million of which are Syrians.

Greece accused Turkey on Tuesday of acting like a “pirate” in waters between the two regional rivals, claiming that its coast guard escorted and tried to push into Greek waters a boat of migrants who were trying to illegally reach Greece.

Turkey, in turn, accuses Greece of illegal practices and pushing back asylum-seekers, saying it violates humanitarian values and international law by endangering the lives of vulnerable migrants, including women and children.

Mitsotakis denied that claim during a press conference Tuesday, arguing that his government follows a “tough but fair” migration policy.

“We are intercepting boats that come from Turkey, as we have the right to do in accordance with European regulations, and waiting for the Turkish coast guard to come and pick them up to return them to Turkey,” he said.

Greece and Turkey, both NATO allies, are also at odds over undersea gas and oil exploration rights.