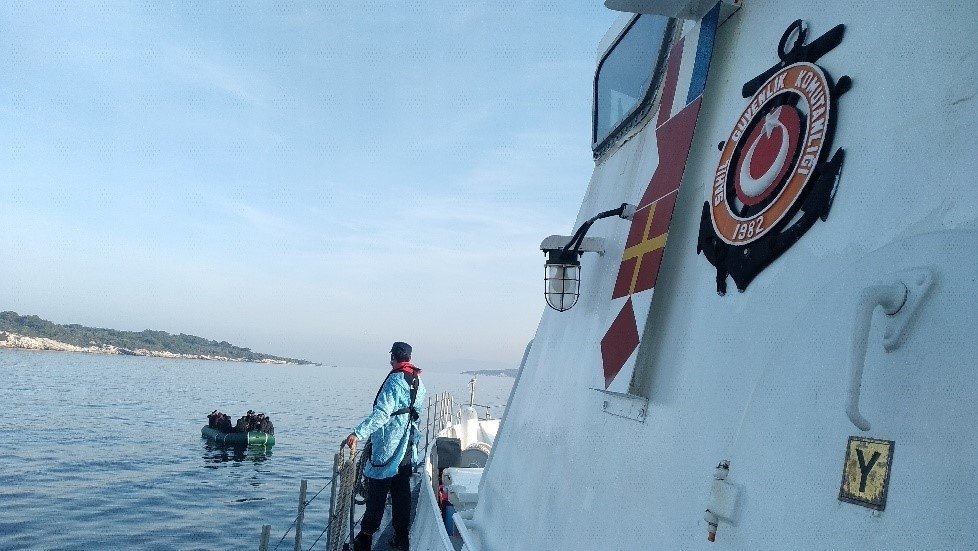 Around 100 irregular migrants, who were pushed back into Turkey's territorial waters by Greek forces, were rescued by the Turkish Coast Guard Command on Wednesday.

In Aydin province, 52 were rescued after the coast guard dispatched a unit to help the migrants struggling on rubber boats following the Greek pushback.

Fifty-seven others were rescued in Muğla province in the Marmaris district.

In addition, 54 migrants – 49 in northeastern Artvin province and five in northwestern Kırklareli – were held by local gendarmerie forces after entering the country illegally.

The migrants were referred to provincial migration offices and suspected human traffickers were arrested.