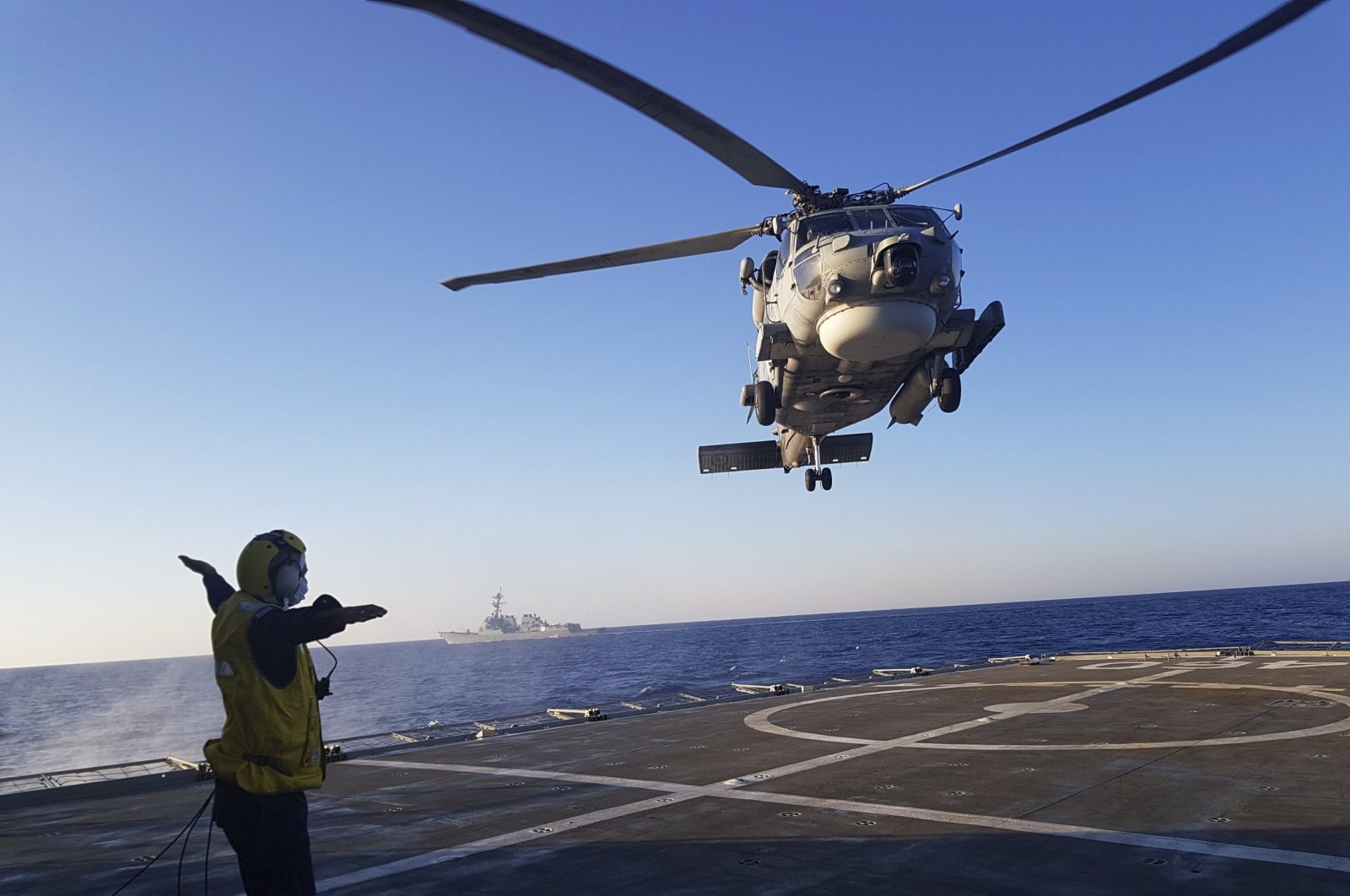 In this photo provided by the Greek National Defense Ministry, a helicopter takes part in a Greek-U.S. military exercise south of the island of Crete, on Aug. 24, 2020. (AP File Photo)
by DAILY SABAH WITH AA Sep 06, 2021 10:39 am
RECOMMENDED

Greece has continued to violate Turkey's airspace, territorial waters and the status of the demilitarized islands in the Aegean Sea, the Turkish Defense Ministry said on Sunday.

Apart from Greece's arming of islands near Turkey, in violation of long-standing treaties, Turkey also condemns Greek efforts to claim maximalist maritime territory in the Eastern Mediterranean and to confine Turkish waters to a small area in the south, although Turkey has more Mediterranean coastline in the region than any other country.

Greece maintains its unlawful, uncompromising attitude that leads to escalations in tensions, Turkish Defense Minister Hulusi Akar said in July as he urged Athens to abandon its maximalist policies and provocative actions while underlining the need for discourse for peace and stability.

Turkish Foreign Minister Mevlüt Çavuşoğlu also recently urged Greece to halt its provocations to avoid further escalations and so relations between the two countries can prosper.

Referring to the Cyprus issue, the ministry said that efforts to picture Turkey's presence in Northern Cyprus as an "occupation" will not be able to cover historical atrocities against Turkish Cypriots.

It will not benefit Greeks, Greek Cypriots or their supporters, it added.

In 1974, a Greek Cypriot coup aimed at Greece's annexation led to Turkey's military intervention as a guarantor power to protect Turkish Cypriots from persecution and violence. As a result, the Turkish Republic of Northern Cyprus was founded in 1983.