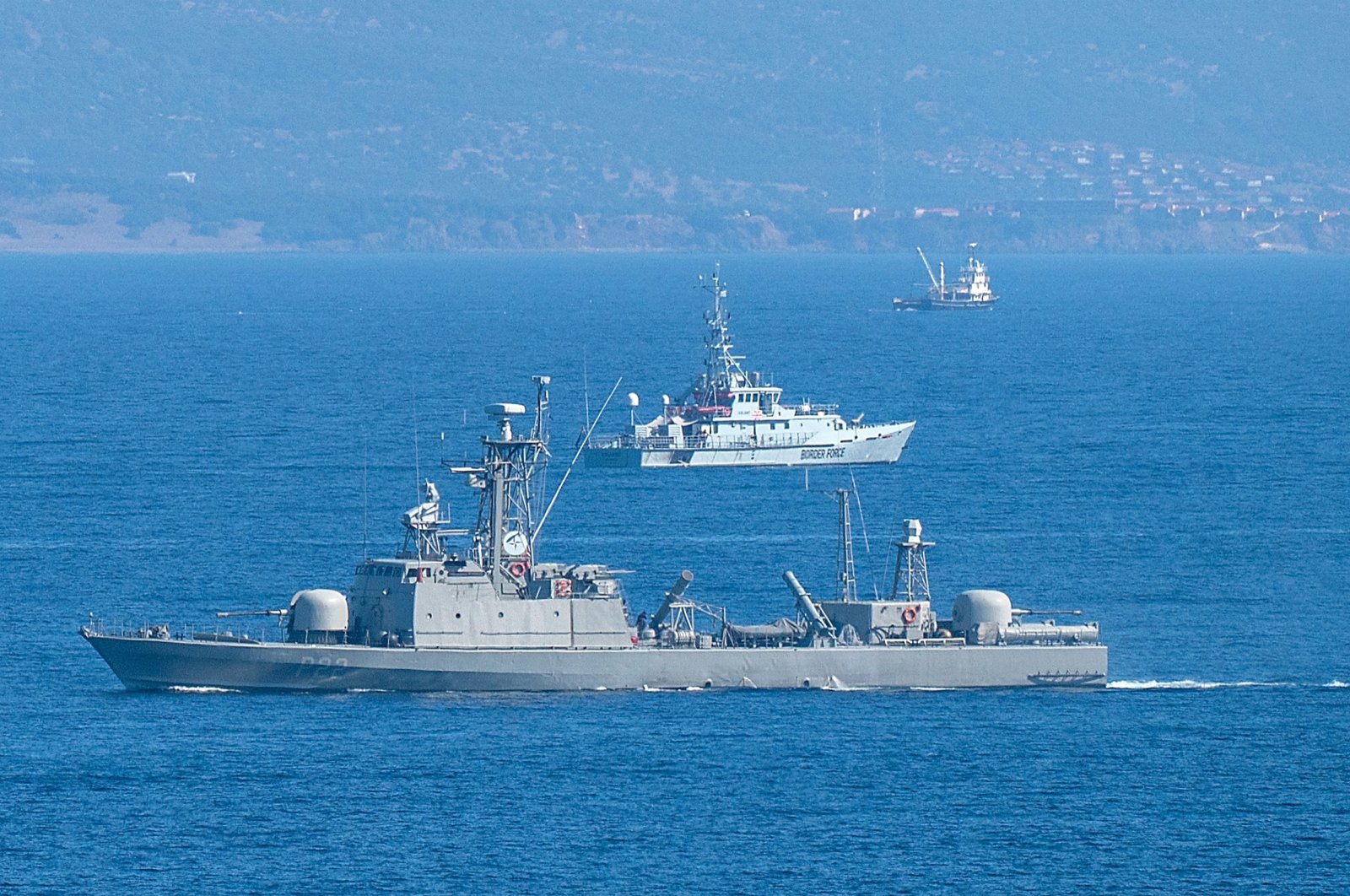 Turkey sincerely believe that the problems in the Aegean, Eastern Mediterranean and Cyprus should be resolved through dialogue, Defense Minister Hulusi Akar said

Greece maintains its unlawful, uncompromising attitude that leads to escalations in tensions, Turkish Defense Minister Hulusi Akar said Sunday as he urged Athens to abandon its maximalist policies and provocative actions while underlining the need for discourse for peace and stability.

Reacting to Greek Defense Minister Nikolaos Panagiotopulos' recent remarks about Turkey, Akar told Anadolu Agency (AA): "Greece continues its provocative, unlawful, uncompromising and escalating stance that does not even abide by the agreements it has signed."

At a panel, Panagiotopulos alleged that Turkey had acted against international law and that the country could potentially destabilize the entire region.

Akar noted that Panagiotopulos' comments do not reflect the recent constructive talks between Turkish President Recep Tayyip Erdoğan and Greek Prime Minister Kyriakos Mitsotakis and efforts to reduce tensions during the summer period.

"We invite my esteemed colleague to think and speak in a reasonable, logical, fair and objective manner, far from selfishness, sentimentality, within the framework of treaties between our countries, international law and good neighborly relations," Akar said, highlighting that Turkey is an important country that contributes to peace and stability even in a geography like the Middle East.

Explaining that Turkey's approach to solving problems is based on international law, dialogue and good neighborly relations, Akar said: "Turkey's position and its contribution to NATO are undeniable."

"Greece, which does not abandon the discourse of international law and accuses Turkey of being a country that does not respect international law at every opportunity, continues its provocative, unlawful, uncompromising and escalating attitude despite all of the positive and constructive efforts of Turkey. In addition, Greece stubbornly opposes even our joint training center, which we offer to NATO with our national resources and which is supported by the allies, on simple grounds. Moreover, in order to justify these actions, it makes negative and provocative statements that are far from the truth."

"The essence of the matter is that the exercises carried out by Greece for the purpose of provocation, the arming of the islands with non-military status in violation of the agreements, and the unreasonable and illegal demands in the Aegean and Eastern Mediterranean increase the tension. Despite the explicit provisions of the 1923 Lausanne and 1947 Paris peace treaties, against whom and why are the islands with non-military status being armed? The provisions of the treaty are clear and our interlocutors know them very well," Akar said.

Highlighting that Greece has claimed 10 miles (about 16 kilometers) of airspace against 6 nautical miles (a little over 11 kilometers) of territorial waters, Akar said: "There is no example of this in history and today."

Noting that Turkey has made great sacrifices by taking in the influx of irregular migrants, he stated: "Greece continues to push back migrants, including women and children, in the Aegean Sea, with inhumane practices that are against international law."

There is a strong desire for armament in Greece, Akar underlined saying: "However, it should be seen and known that this is a pure fantasy and a futile effort, far from mathematics, and that the biggest harm will be to the Greek people. I would like to underline the fact that the solution of the problems between us and Greece is not third parties. Therefore, it is necessary to understand that the solution of the problems between Greece and Turkey is not possible.

"It is neither legal nor moral to try to turn their current problems into the problems of third parties such as Turkey-EU, Turkey-U.S., Turkey-NATO etc. We sincerely believe that the problems in the Aegean, Eastern Mediterranean and Cyprus should be resolved through dialogue and we strive for this. We are aware that we are right in terms of international law, bilateral law and the historical process, and therefore we are very comfortable. Our strength stems from this rightfulness."

Pointing to the objective statements of certain Greek academics, politicians and retired civil and military bureaucrats that show Turkey is in the right, Akar said: "A positive agenda is not one-sided. If you want the positive atmosphere to continue, you should avoid provocative statements and actions, considering the closeness of the Turkish and Greek peoples. Greece opposes everything that will be of little use to us, with an excuse. We stubbornly call it international law, we call it transparency and good neighborly relations.

"For peace and stability, it is the right way for our Greek neighbors to give up their expansionist approach as soon as possible and to put an end to their irreconcilable and provocative statements and actions. We openly state that we have no eyes for anyone, their law or their land. However, we are determined and able to protect our rights and interests in our Blue Homeland, including Cyprus. We will not allow any fait accompli," he added.

Turkish Foreign Minister Mevlüt Çavuşoğlu also recently urged Greece to halt its provocations to avoid further escalations and so relations between the two countries can prosper.

Turkish leaders have repeatedly stressed that Ankara is in favor of resolving all outstanding problems in the region through international law, good neighborly relations, dialogue and negotiation. Turkey has also criticized the EU’s stance on the Eastern Mediterranean conflict, calling on the bloc to adopt a fair attitude regarding the dispute and abandon its preferential treatment of Greece under the pretext of EU solidarity.

Greek Foreign Minister Nikos Dendias on Saturday also evaluated Turkey-Greece relations. He described President Recep Tayyip Erdoğan as an important leader who has accomplished a lot in his life and strengthened the image of his country through his changes, noting that these characteristics should be taken into account when talking to him.

Dendias said that he has met with Erdoğan many times and most recently was hosted at the Presidential Complex in Ankara. “President Erdoğan is a hospitable person, first of all, on a personal level. I can say that he is a sincere person in personal relationships. On the other hand, Greece radically and firmly disagrees with its policy in the region. We must say this clearly. This is sincere thought. Everyone has their own opinion," he said.

Explaining that Erdoğan is an important factor in the region, Dendias said: “Whether we accept it or not, he is a leader who has governed Turkey almost as much as Kemal Atatürk and determined Turkey's image. I think he is a person who has accomplished a lot in his life. If you think about where he started and how he built and strengthened his country's image, that's something to consider when talking to him."

Arguing that according to the International Law of the Sea, Greece has the right to extend its territorial waters to 12 miles (19.31 kilometers) in the Aegean, Dendias said that Greece will decide for itself when and how it will implement this right.