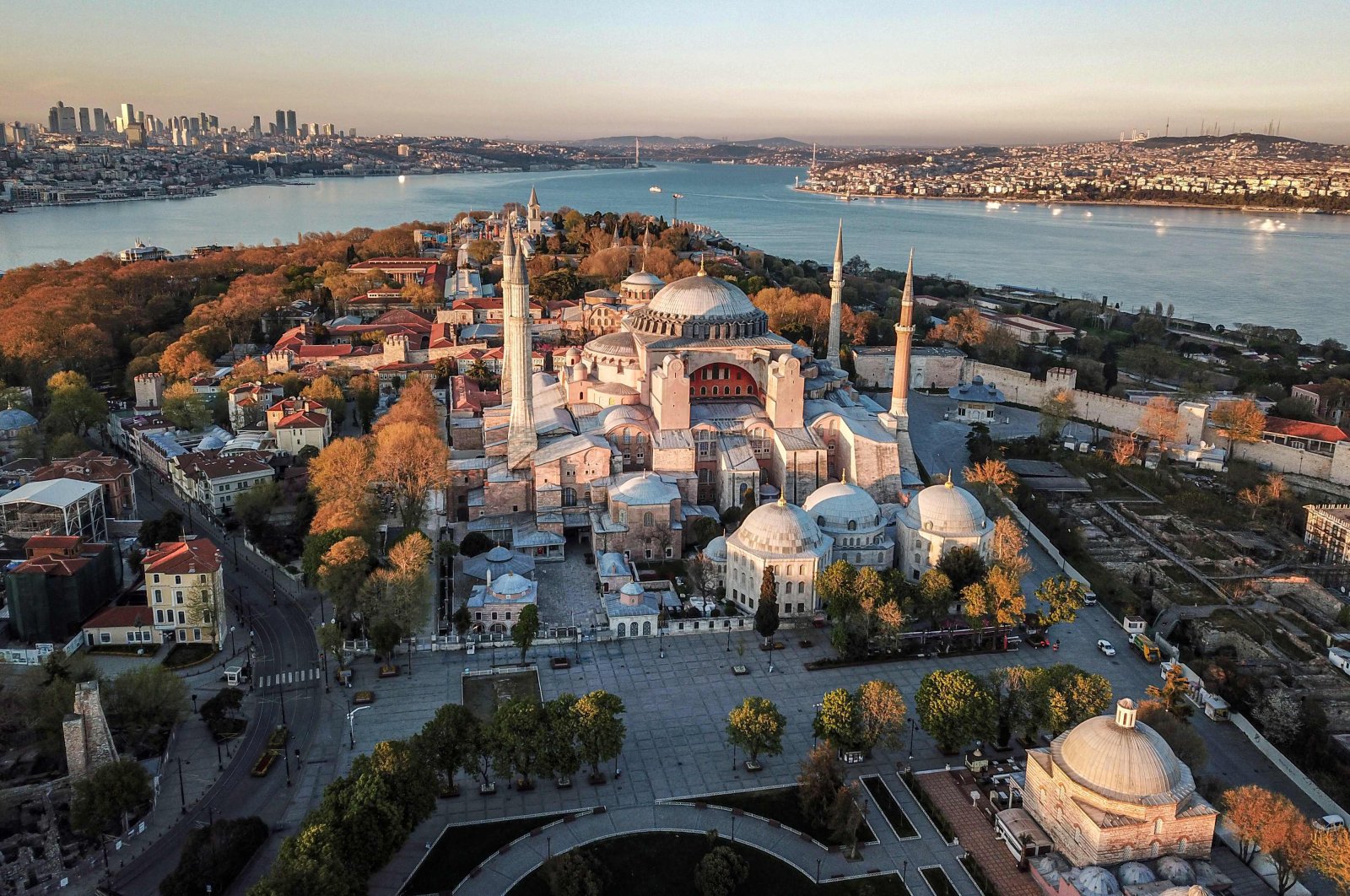 Earlier, Greece spoke out against a proposal raised in Turkey to convert the Hagia Sophia into a mosque.

Speaking on the national broadcaster Turkish Radio and Television (TRT), Erdoğan criticized the comments from Greece as interference in Turkey’s internal affairs and added that the decision is up to Turkey’s own institutions and is not a concern of Greece.

"Greece is not the one administrating this land, so it should avoid making such remarks," Erdoğan said.

"If Greece does not know its place, Turkey knows how to answer,” he added.

The Hagia Sophia, one of the world’s most important historical and cultural heritage sites, was built in the sixth century during the Christian Byzantine Empire and served as the seat of the Greek Orthodox Church. It was converted into an imperial mosque with the Ottoman conquest of Istanbul in 1453. The structure was converted into a museum during the strictly secular single-party rule in 1935, but there have been discussions about converting it back to a mosque, with public demands to restore it as a place of worship gaining traction on social media.

The issue of Hagia Sophia is one of the issues that caused tensions between the two neighboring countries recently.

Another recent remark from Greece was that Athens was ready for "military conflict with Turkey."

Responding to the remark by Greek Defense Minister Nikolaos Panagiotopoulos, the ruling Justice and Development Party (AK Party) spokesperson Ömer Çelik said, "Do not make such bad jokes; this type of joke will bite back."

"Turkey is a state of law, not a tribal state. It does not have ministers speaking like it's a tribal state," Çelik told reporters in the capital Ankara on Sunday, adding that Turkey's priority was to protect its rights and interests within the scope of the law, but underlined that the Turkish army was one of the world's most powerful military forces.

"The Turkish Armed Forces' determination and power to protect Turkey's national interests is not up for discussion, and everyone knows it," he said.

Panagiotopoulos earlier claimed that Turkish jets "harassed" a helicopter in which he was riding over the Aegean Sea. Last week, Ankara denied the allegations.

"Any harassment of the helicopter carrying Greece's national defense minister on board is out of the question," said Turkish Foreign Ministry spokesman Hami Aksoy in a statement.

Aksoy went on to say that Turkish fighters merely performed a routine aircraft identification check over the Aegean.

"Dramatizing routine flights in a way that sows tension is not to Greece's benefit," he added.

"Instead, these issues should be taken up within the process of confidence-building measures launched between the defense ministries of both countries," he urged.

Çelik also said that the Greek Cypriot administration systematically patronizes hostility against Islam and Turkish people. He was referring to an anti-Muslim act on Sunday, when a flag of the Byzantine Empire was hung over a mosque in Greek Cyprus.

The act was widely criticized by Turkish and Turkish Cypriot officials, who demanded the perpetrators be found.