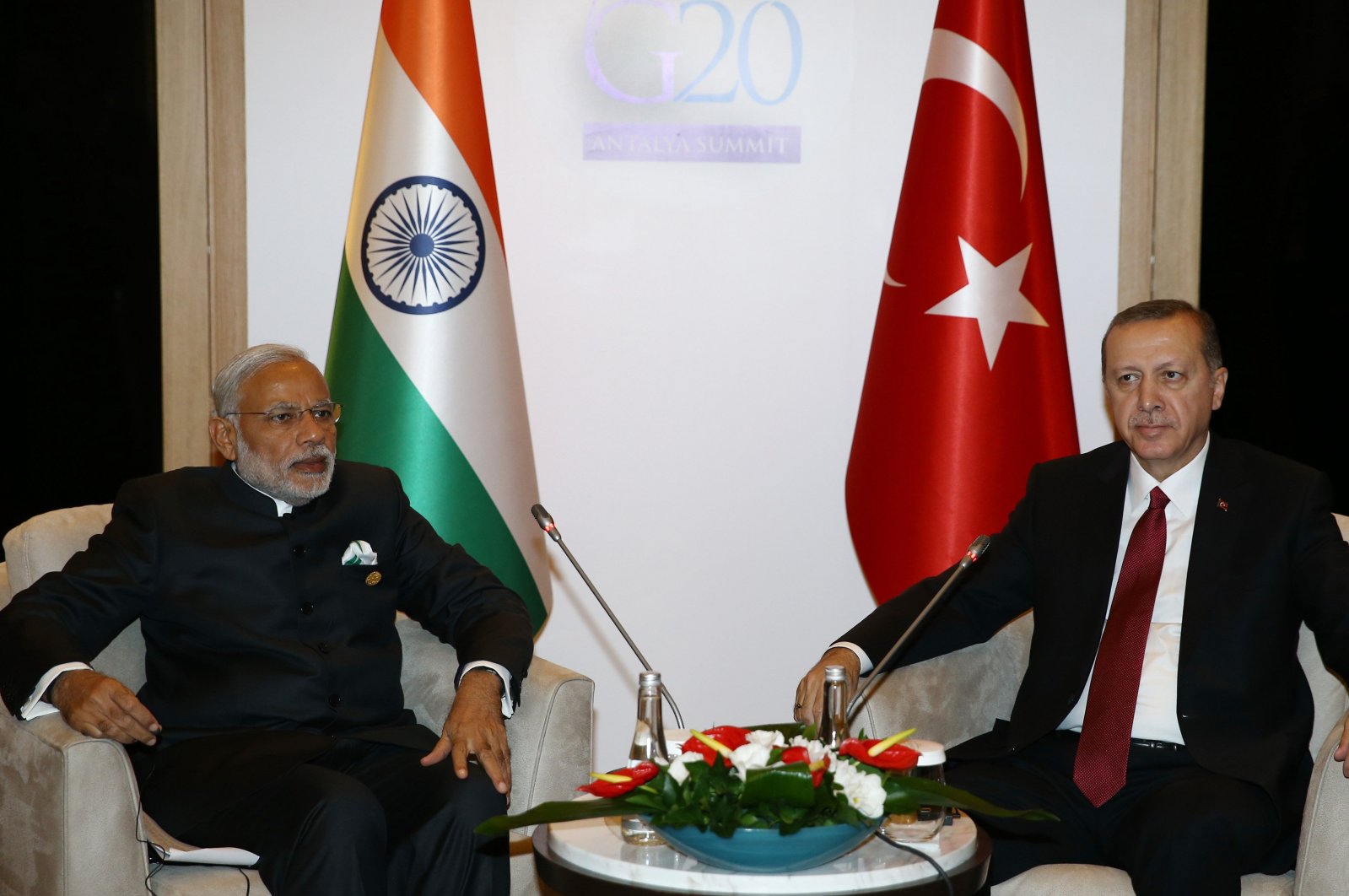 As the Indian Embassy in Turkey's capital Ankara marked its country's 75th Independence Day on Sunday, Ambassador Sanjay Panda emphasized the bilateral relations between Turkey and India, stating that the two countries have had strong social and cultural connections since the early Middle Ages.

In a statement, Panda extended his greetings and best wishes to members of the Indian community and friends of India to commemorate the anniversary of Aug. 15, 1947, when India won its independence from its "colonial fetters."

"It has been a long journey since. Today, as we get into the 75 years of our independence and celebrate Azadi Ka Amrit Mahotsav or India@75, it is time to reflect and reminisce on the idea of India and trace with a sense of nostalgia the country's progress as a sovereign, democratic and secular entity," said Panda.

Azadi Ka Amrit Mahotsav is an initiative of India's government to celebrate the country's 75 years of independence.

The ambassador underlined that India's independence struggle was unique in that it was a nonviolent resistance that inspired other such struggles and decolonization across the world. "But independence came with a clear recognition of tremendous challenges and responsibilities ahead," he added.

Noting the diverse religions, cultures and languages present in India, along with its "inherent unity," among its population now numbering over 1.3 billion, he said the country's economy was one of the fastest-growing in the world, with "hundreds of millions" in its strong, young and educated workforce and gross domestic product (GDP) of $2.7 trillion.

As a "responsible member of the international community with strong credentials of contribution to multilateral and global issues," Panda said India's "people-centric policies" enhanced living standards, while the country's federalist structure "ensured carrying the whole of India on a common development path."

"Alongside economic development, India has made rapid strides in many other fields, including education, science and technology, IT (information technology), nuclear technology, outer space, space technology, pharmaceuticals and renewable energy," he added.

Panda also referred to "well-documented" diplomatic ties between the Mughal and Ottoman empires between the two regions, along with multiple forms of "cultural overlap" such as the "Turkish influence on architecture in iconic buildings in Delhi and Agra."

The two countries also had more recent contacts, he said, citing the contributions of Indians to Turkey's own independence struggle, a 1912 medical mission to the Ottoman Empire during the Balkan Wars and the Khilafat Movement in India from 1919 to 1924.

The Khilafat Movement was launched by Muslims living under British India – current Pakistan, India and Bangladesh – and supported by freedom icon Mahatma Gandhi to help the Ottoman Empire.

"Today, we have many commonalities, including democratic values, secularism, rule of law, a multiethnic social structure and a forward-looking economic agenda," Ambassador Panda underlined.

He stressed that the commemoration of "India@75" in Turkey kickstarted June 21, with the flagship International Yoga Day events in Istanbul, Ankara, Cappadocia, Mersin and other locations around the country.

"Several events are planned over the next two years to celebrate this important milestone in India's journey. Having seen the deep interest and love of India and Indian culture in Turkey, I have no doubt, these events will be a huge success. I invite all of you to join us at this historic moment and partake in these celebrations."