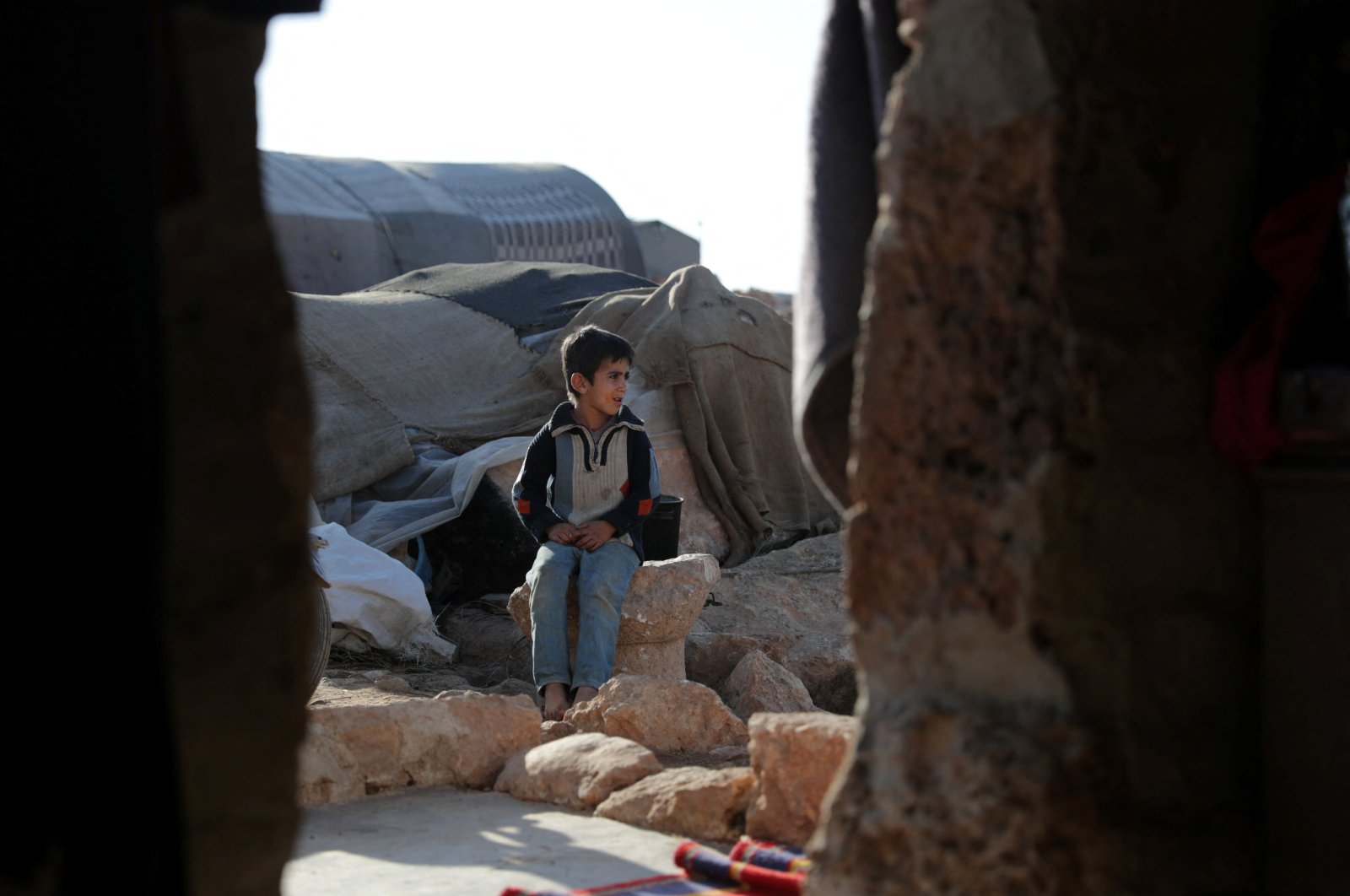 Mohammed Shiban, 7, sits on top of an ancient stone in front of the room his father Ahmad Shiban, 35, built at the UNESCO World Heritage Site of Babisqa, in the northern countryside of Idlib, Syria, Dec. 6, 2021. (REUTERS Photo)
by DAILY SABAH WITH AA Dec 27, 2021 9:06 am
RECOMMENDED

The Human Education Culture and Fraternal Association (Insan Vakfı) has opened a school in northwestern Syria’s Idlib province for 900 children to attend.

Representatives from various nongovernmental organizations (NGOs), noteworthy individuals from the region and many students attended the opening of the school, which will provide young people in the region with an education at the primary and secondary school levels.

“We transformed a 200-student school made of tents into a school where 900 students will receive education,” he highlighted, saying that the association plans to expand the school in the near future for further space.

Aktaş added that work on a sports area, park and other social buildings are ongoing.

Sixth-grade student Mohammed Zayin thanked everyone who had a role in the opening of the school.

Zayin said that he moved from Aleppo to Idlib following the Bashar Assad regime’s attacks.

“We had no school. We had to go a long way to attend school.”

Another student, who is an aspiring teacher, said that she was extremely happy to be able to play in the school’s yard.

For years, the Assad regime has ignored the needs and safety of the Syrian people, only eyeing further territorial gains and crushing the opposition. With this aim, the regime has for years bombed civilian facilities, including schools, hospitals and residential areas, causing the displacement of almost half of the country's population.

The situation is especially worrying in the last opposition bastion, Idlib, one of the main targets of the Assad regime.

The Idlib de-escalation zone was forged under an agreement between Turkey and Russia. The area has been the subject of multiple cease-fire agreements, which the Assad regime and its allies have frequently violated.