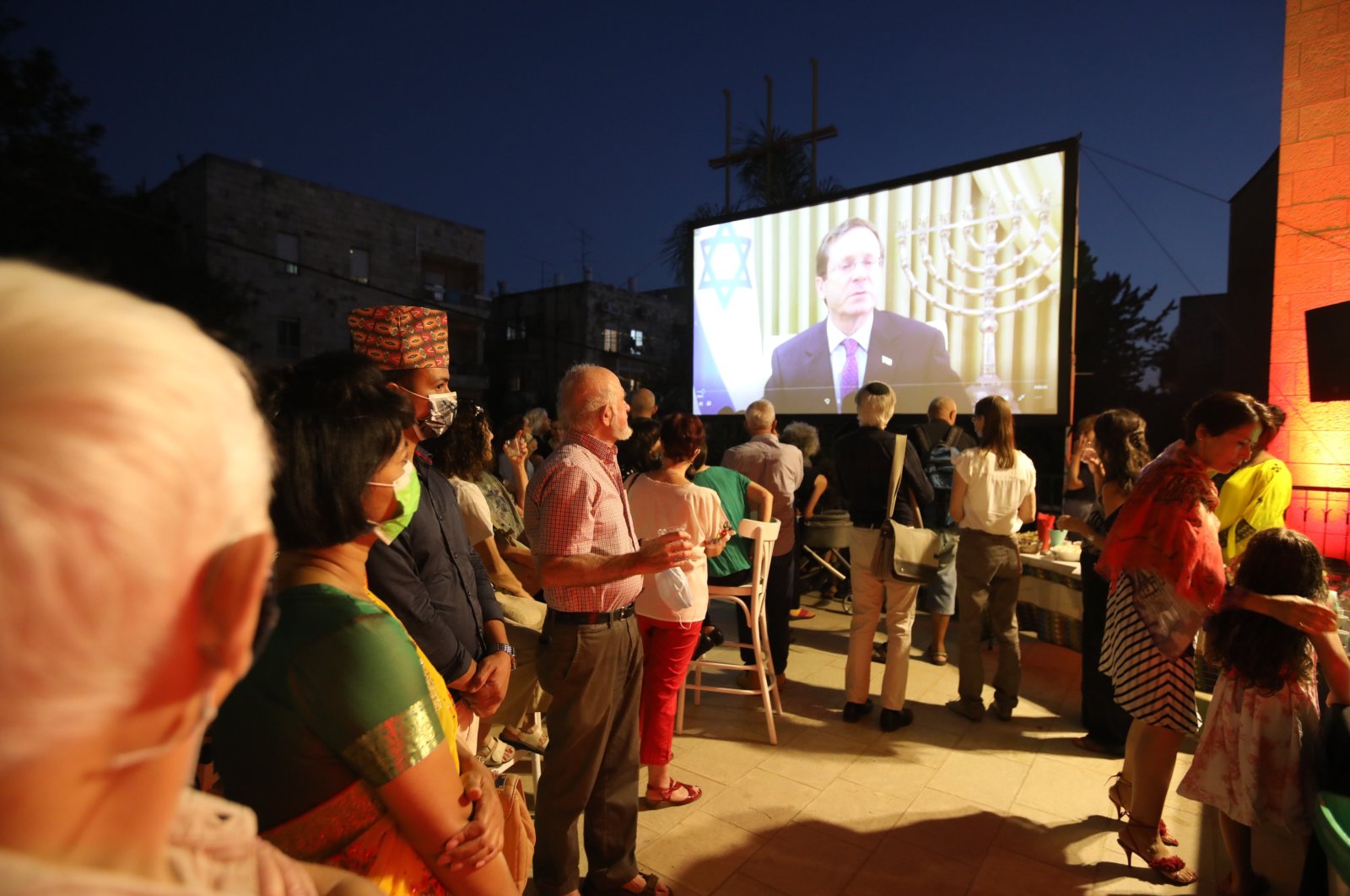 When leaders gather around a table with coffee, they can carry the entire region into a better future with cooperation on cultural and other issues, Israel's President Isaac Herzog said during his videoconference speech delivered at the opening ceremony of a Turkish exhibition in West Jerusalem.

According to the social media message shared by Selim Öztürk, Turkey's Counsellor for Culture in Tel Aviv, the exhibition of ‘’Coffee-East and West” was opened last week at the Museum of Islamic Art in West Jerusalem. In the exhibition, Turkish coffee, the movement of coffee in history and art pieces from the Islamic and Ottoman eras are presented to visitors.

"The surprise of the night was that President Herzog sent a videotape and saluted the event. Herzog gave important messages in his speech, too. The exhibition is still open and waiting for visitors," Öztürk said sharing the videotape on his social media account.

Todah Raba Mr. President for your warm and hospitable speech.I am grateful for you to provide this beautiful museum for such a wonderful exhibition.I am also sure that a cup of "Turkish coffee"around a table for regional leaders can contribute to solve many problems.@Isaac_Herzog pic.twitter.com/NZsxy75q2K

In the footage, Herzog said: "I recently met with Turkish President Recep Tayyip Erdoğan and other leaders in the region. I am sure that when we gather around a table with coffee, we can carry our whole region to a better future with cultural and other cooperation.”

When you sit around a table to drink coffee, you quickly realize that differences and disagreements are not that big and scary, Herzog said. He then added that “in this wide geography we live in, they teach us the rich intersections of religions and cultures."

In response, Öztürk said in a written statement: "Todah Raba Mr. President for your warm and hospitable speech. I am grateful to you to provide this beautiful museum for such a wonderful exhibition. I am also sure that a cup of 'Turkish coffee' around a table for regional leaders can contribute to solving many problems."

President Erdoğan held a phone conversation with Israeli President Isaac Herzog on July 12. During the meeting, Erdoğan congratulated Herzog on his inauguration.

Emphasizing that Turkey-Israel relations are of great importance for the security and stability of the Middle East, Erdoğan stated that there is a high potential for cooperation between the two countries in various fields, particularly in energy, tourism and technology.