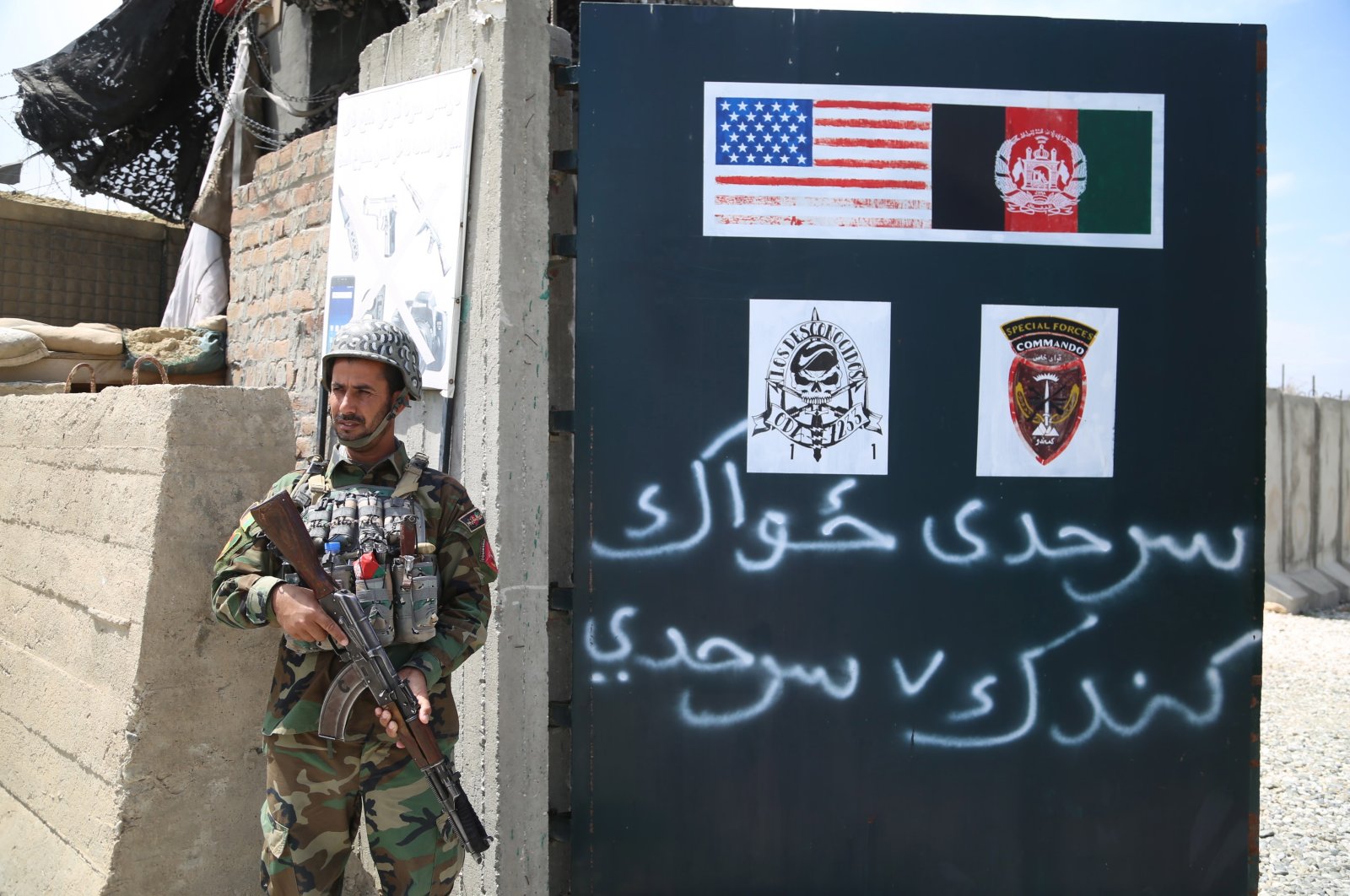 An Afghan Army soldier stands guard outside a military base that was previously in use by the U.S. soldiers, in Haska Meyna district of Nangarhar province, Afghanistan, April 14, 2021. (EPA Photo)
by Daily Sabah Apr 19, 2021 2:29 pm
RECOMMENDED

The head of Afghanistan's parliament Mir Rahman Rahmani said the Afghan peace conference in Istanbul is a historical opportunity for the resolution of the conflict.

Speaking at the Parliament, Rahmani said that the conference instilled hope for a possible end to the decadeslong civil war and finding a political solution to the conflict. He added that the Taliban should also not miss this opportunity.

Rahmani noted that it is important to protect political and social gains including the current political system, constitution and freedoms during the conference.

Turkey has been contributing to the security of Afghanistan and will keep its presence in the country as long as its Afghan brothers demand it, Foreign Minister Mevlüt Çavuşoğlu said last month, marking the 100th anniversary of diplomatic relations between the two countries.

Blinken said he wanted to see top officials from both the Taliban and the Afghan government in the conference. The meeting, initially scheduled to take place in Istanbul on April 16, was later postponed to April 24 as the Taliban said that the religious militia would not attend a peace conference.

Earlier this month, the Afghan government announced that a cohesive and unified peace strategy had been finalized ahead of the planned peace talks set to take place in Istanbul.

The council said the strategy emphasizes strong regional and global guarantees to put an end to violence and war and for the implementation of the peace agreement in Afghanistan.