Kabul airport security can be given to company, Çavuşoğlu says 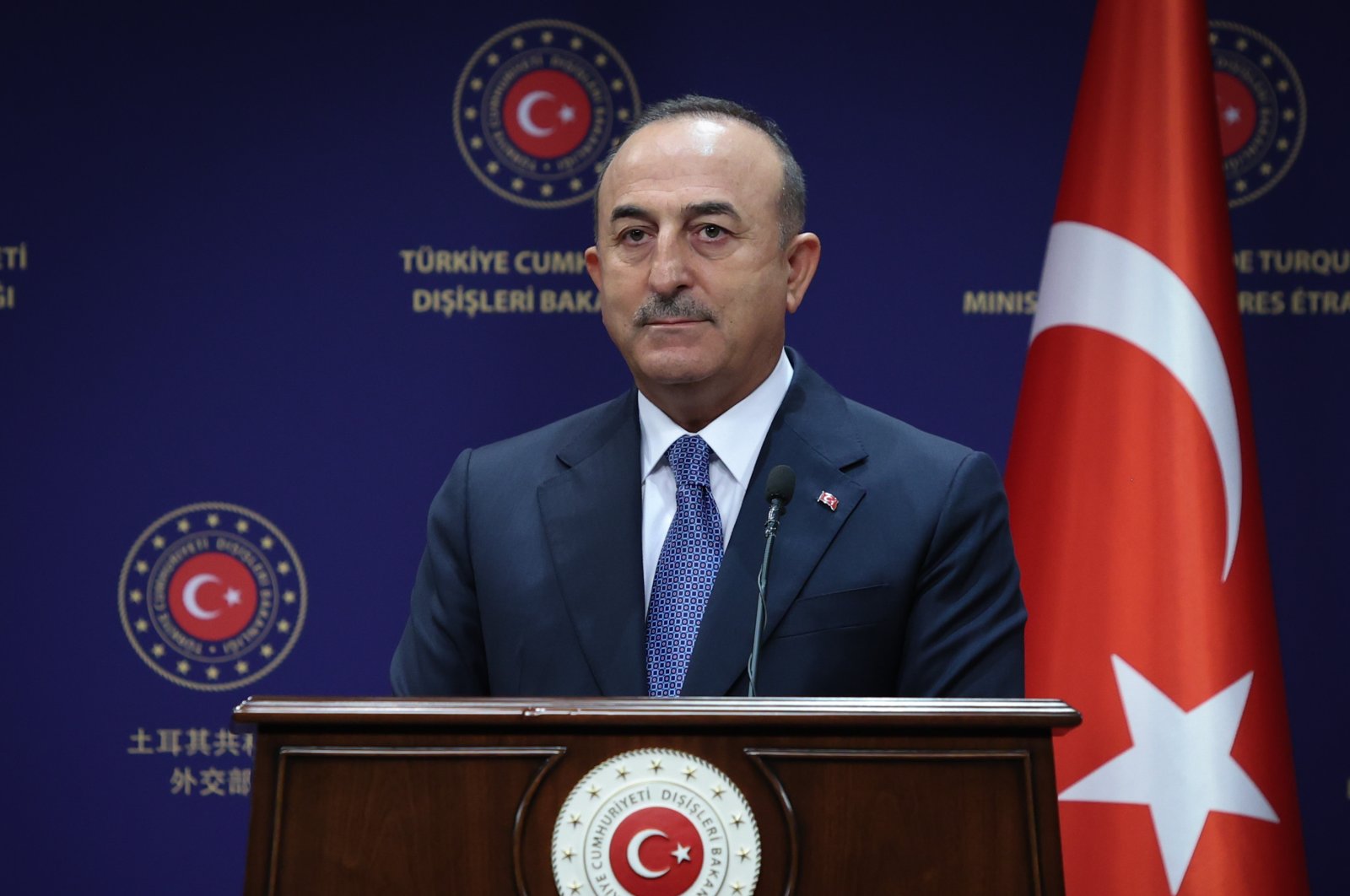 The duty to secure Afghanistan’s Kabul Hamid Karzai International Airport can be given to a private security company if the Taliban do not want a foreign military presence there, Foreign Minister Mevlüt Çavuşoğlu said Tuesday.

Çavuşoğlu said Turkey was working with Qatar and the United States on the terms under which the airport could reopen to regular flights needed to deliver humanitarian aid, evacuate stranded civilians and re-establish diplomatic missions in Kabul.

But he said security remained a key sticking point, stressing that commercial flights could never resume until airlines -- and their insurers -- felt that conditions were sufficiently safe.

"But inside, there could be a security company trusted by the international community or all other companies," he said. "Even if airlines, including Turkish Airlines, are keen to fly there, insurance companies would not allow it."

“Currently, planes can take off and land at the airport. Some flights have restarted. Some countries’ citizens are left there. We have also citizens there. We have evacuated more than 1,400 people, 1,060 of these are our citizens,” Çavuşoğlu said.

He said that 19 technicians of Turkey are continuing their works at the airport.

Turkey has been holding talks with the Taliban in Kabul, where it still has a diplomatic presence, about the conditions under which it could help operate the Afghan capital's airport.

U.S. officials say they no longer control the airspace in Afghanistan and that the main airport in Kabul, which the U.S. military seized in August for evacuations, is in disrepair.

Most recently, the Taliban said Monday that technical teams from Turkey and Qatar are working on getting all possible flights from Afghanistan's Kabul Hamid Karzai International Airport restarted.

While the U.S. Secretary of State Antony Blinken said Friday that Washington is “working closely” with its allies in Turkey and Qatar on quickly reopening Kabul’s airport, the possibility of Turkey and Qatar operating the Kabul airport is still under discussion, NATO Secretary-General Jens Stoltenberg also said Friday.

The Taliban say they are working to repair Kabul’s airport, where only domestic flights have resumed and just during the day for now. The group's spokesperson told reporters Monday that American soldiers destroyed equipment before departing, including the critical radar system. The U.S. has said troops destroyed military equipment but left equipment useful for running a civilian airport, like fire trucks.

Technical experts from Qatar and Turkey have begun repairs, though it’s not clear when the airport will be up and running.

Turkey’s top diplomat underlined that Ankara has made a significant investment in Afghanistan including in its education, women and children.

“It would be a wrong decision to leave Afghanistan completely. It would not be right to leave while many countries were withdrawing their embassies,” he said.

Being asked if Turkey would recognize the Taliban, Çavuşoğlu said that one should not be hasty on that issue.

“The world should not be hasty as well. One must act balanced here. The government must be inclusive. It does not work if the government consists only of the Taliban without people from other ethnic groups. Women have to be part of the government,” Çavuşoğlu pointed out, saying that people appointed until today are only people close to the Taliban.

Regarding the conflict in Panjshir Çavuşoğlu said that he hoped this would not turn into a civil war.

The Taliban said Monday they seized the last province not in their control after their blitz through Afghanistan last month, overrunning forces who had opposed their takeover. Taliban spokesperson Zabihullah Mujahid confirmed that the province, which is north of the capital, was now held by their fighters.

The resisting forces were led by the former vice president, Amrullah Saleh, and also the son of the iconic anti-Taliban fighter Ahmad Shah Massoud. Experts had doubted that the holdout efforts could succeed long-term against the Taliban, whose rapid advance through Afghanistan met little resistance in the final days of America's 20-year war in the country.