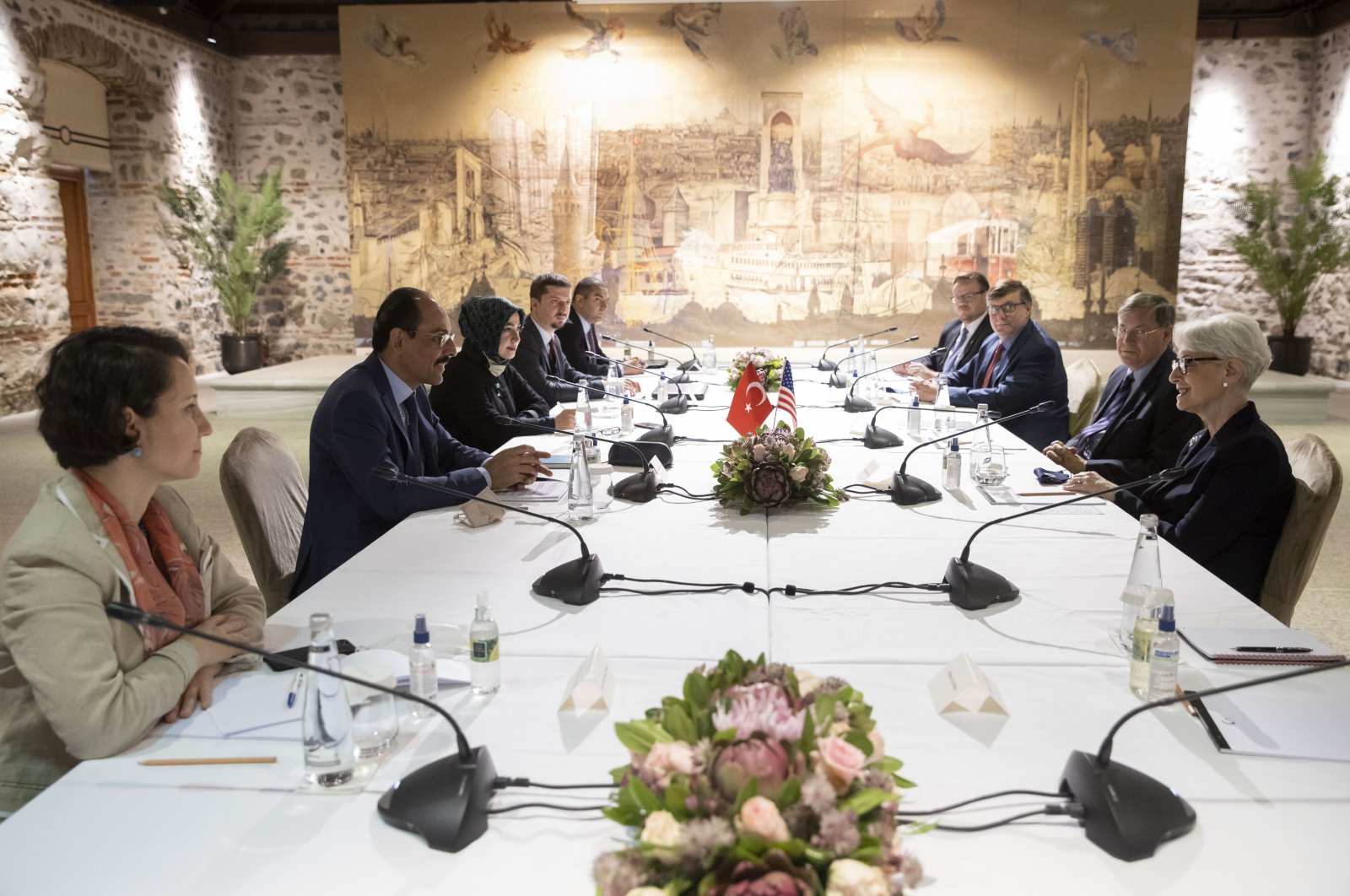 Turkey's Presidential Spokesperson Ibrahim Kalın (2nd L) and his delegation sit across from U.S. Deputy Secretary of State Wendy Sherman (R) with her delegation at Dolmabahçe Palace, Istanbul, Turkey, May 29, 2021. (DHA Photo)
by DAILY SABAH WITH AA May 29, 2021 2:04 pm

The topics for a meeting between President Recep Tayyip Erdoğan and his U.S. counterpart Joe Biden at the upcoming NATO summit were also on the agenda, a statement by the Turkish Presidency said.

During the meeting, it was agreed upon that joint efforts to ensure peace and stability in regional issues such as Afghanistan, Syria, Libya, Nagorno-Karabakh and Ukraine should continue.

Kalın expressed Turkey’s satisfaction with the cease-fire in Palestine but stressed that Israel needs to abandon its aggressive stance, saying concrete steps for lasting peace need to be taken.

Turkey’s national security concerns were among the topics as well, as the spokesperson expressed expectations regarding the PKK-offshoot YPG and the Gülenist Terror Group (FETÖ) to the U.S. delegation.

Sherman previously met with her Turkish counterpart Sedat Önal in Ankara Thursday to discuss the fight against terrorism and regional issues.

After Sherman's visit to Turkey, she is going to head to Southeast Asia where she will visit Indonesia, Cambodia and Thailand before traveling to the U.S. state of Hawaii.