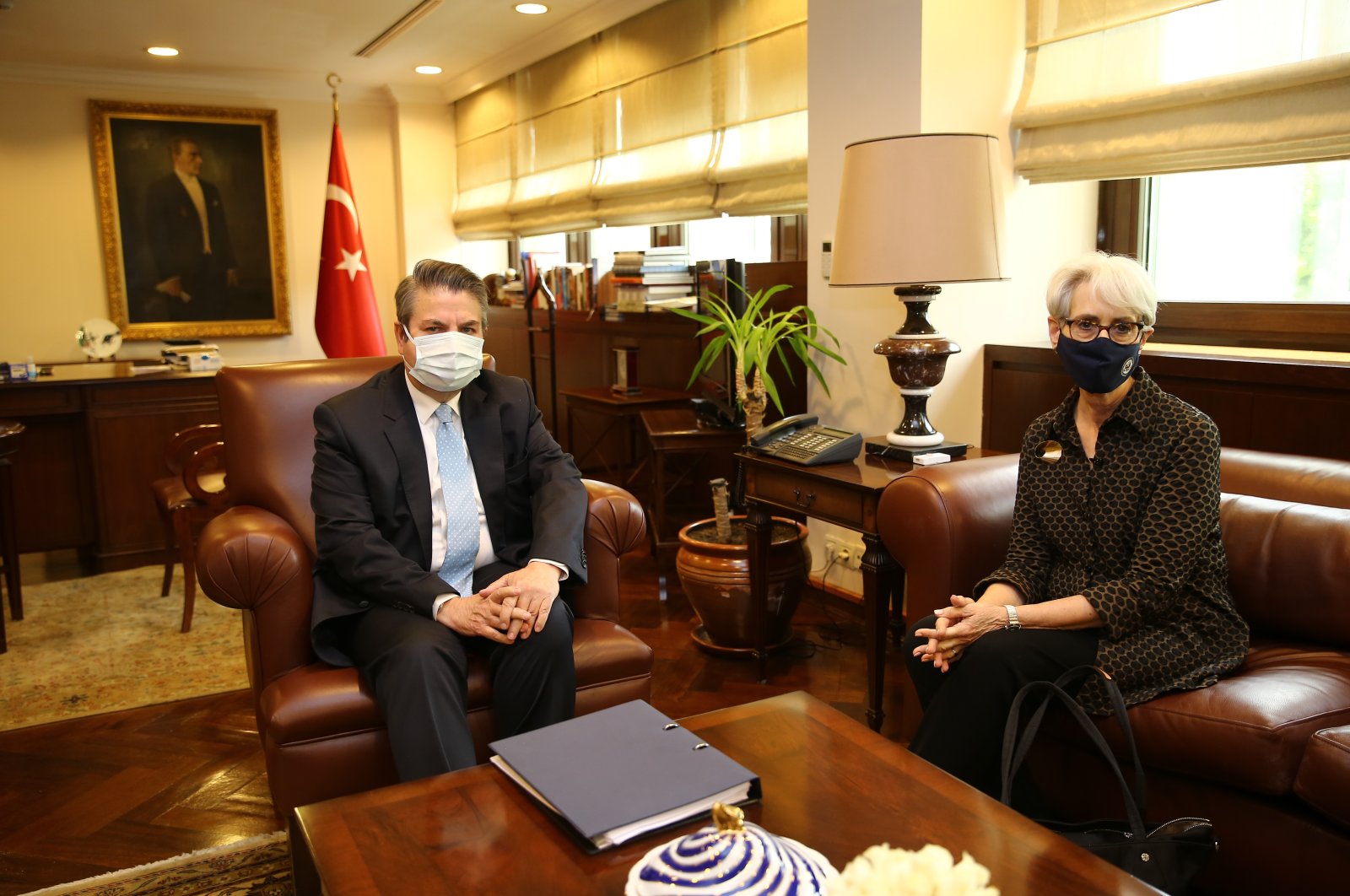 Deputy Foreign Minister Sedat Önal and U.S. Deputy Secretary of State Wendy Sherman held 'productive talks' in the capital Ankara in which they touched upon a series of topics, but differences still remain in several areas

The Turkish Foreign Ministry confirmed the strategic character of ties between Turkey and the United States while reiterating the importance of the fight against terrorism during bilateral discussions in the capital Ankara on Thursday.

“Turkey-U.S. political consultations were held yesterday between Deputy Minister Sedat Önal and Deputy Secretary of State Wendy Sherman. They confirmed the strategic nature of Turkey-U.S. relations, exchanged views on regional issues and underlined the importance of the fight against terrorism,” the ministry wrote on Twitter on Friday.

“Productive discussion today in Ankara with Deputy Foreign Minister Onal about Afghanistan, Syria and regional issues. We appreciate Turkey’s continued support to over 4 million refugees. We also discussed the importance of human rights, democracy and the rule of law,” Sherman stated on Twitter.

Sherman’s visit comes as part of a diplomatic tour that includes countries in Europe and Southeast Asia.

Following Turkey, Sherman is to depart for Southeast Asia where she will visit Indonesia, Cambodia and Thailand before traveling to the U.S. state of Hawaii.

In Southeast Asia, Sherman will “reaffirm the United States’ commitment to ASEAN (Association of Southeast Asian Nations) centrality and address a range of bilateral and regional issues, including efforts to urge the Burmese military to cease violence, release all those unjustly detained and restore Burma (Myanmar) to the path of democracy,” the State Department said.

The visit comes as President Recep Tayyip Erdoğan on Wednesday stated that he believes this the beginning of a new era will start with the U.S.

Erdoğan thanked the companies that believed in Turkey and requested the U.S. corporate executives improve ties with the country.

“Although there are differences of ideas from time to time, our partnership and alliance have managed to overcome all kinds of predicaments,” Turkey's president said.

In their first phone call since the American president assumed office in January, Erdoğan and Biden last month agreed to meet on the sidelines of a NATO summit in Brussels on June 14.

“From Syria to Libya, and from fighting against terrorism to energy, and from trade to investments, we have a serious potential of cooperation with the U.S.,” Erdoğan said.

Ankara and Washington disagree on a number of issues that have further strained bilateral ties, including Turkey’s purchase of Russian S-400 air defense systems, U.S. support for the YPG terrorist group and the U.S.' refusal to extradite Fetullah Gülen, leader of the Gülenist Terror Group (FETÖ).

The U.S. has primarily partnered with the YPG in northeastern Syria in the fight against Daesh. On the other hand, Turkey strongly opposes the terrorist group’s presence in northern Syria, which has been a major sticking point in strained Turkey-U.S. relations. Ankara has long objected to the U.S.' support for the YPG, a group that poses a threat to Turkey and terrorizes local people, destroying their homes and forcing them to flee.

Under the pretext of fighting Daesh, the U.S. has provided military training and given truckloads of military support to the YPG, despite its NATO ally’s security concerns. While underlining that a country cannot support one terrorist group to fight another, Turkey conducted its own counterterrorism operations, during which it has managed to remove a significant number of terrorists from the region.

The purchase of the Russian-made systems in 2019 prompted the Donald Trump administration to remove Turkey from a consortium producing F-35 fighter jets.

Turkey, however, insists that the S-400 will not be integrated into NATO systems and will not pose a threat to the alliance.

It marked the first time a NATO member state has been sanctioned for buying Russian arms.