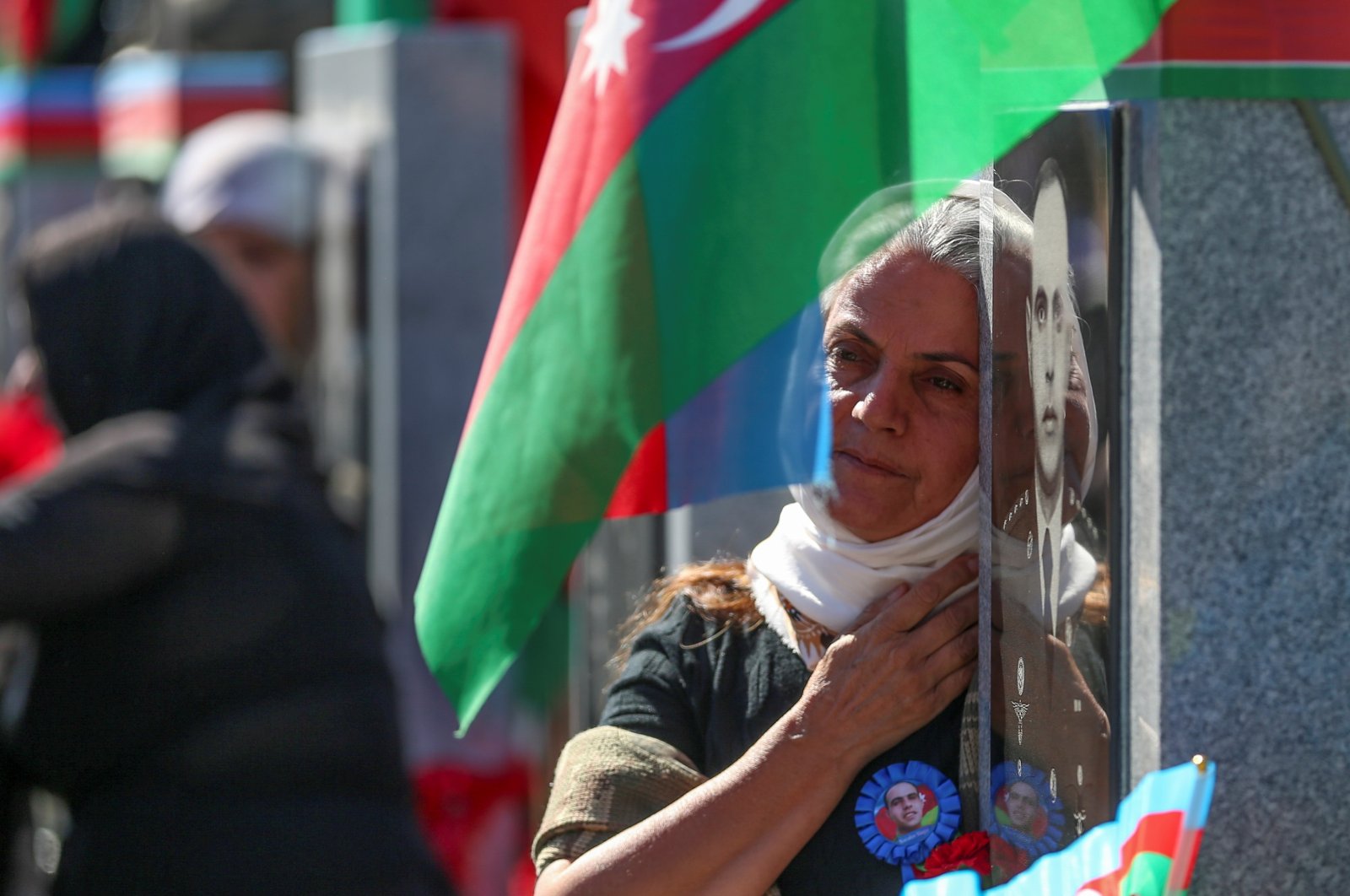 A woman grieves at a cemetery during commemorations for Azerbaijani service members killed in the conflict over the region of Nagorno-Karabakh on its first anniversary, in Baku, Azerbaijan, Sept. 27, 2021. (Reuters Photo)
by DAILY SABAH Sep 27, 2021 5:36 pm
RECOMMENDED

Karabakh is Azerbaijan, President Recep Tayyip Erdoğan stated on Monday, marking the first anniversary of the second Karabakh War that resulted in the liberation of the occupied Nagorno-Karabakh territories by Azerbaijan from Armenia.

In a Twitter message, the president commemorated those who lost their lives in the struggle to liberate Karabakh and the surrounding occupied Azerbaijani territories in the region.

"Karabakh is Azerbaijan," he added.

The president also held a phone call with his Azerbaijani counterpart Ilham Aliyev.

According to the statement made by the Presidency of Azerbaijan, Erdoğan once again conveyed his condolences to Aliyev for the soldiers who were killed in the Karabakh war and expressed his congratulations on the victory achieved.

Erdoğan and Aliyev expressed their confidence that the friendship and brotherly relations between Azerbaijan and Turkey will continue to develop and strengthen in all directions.