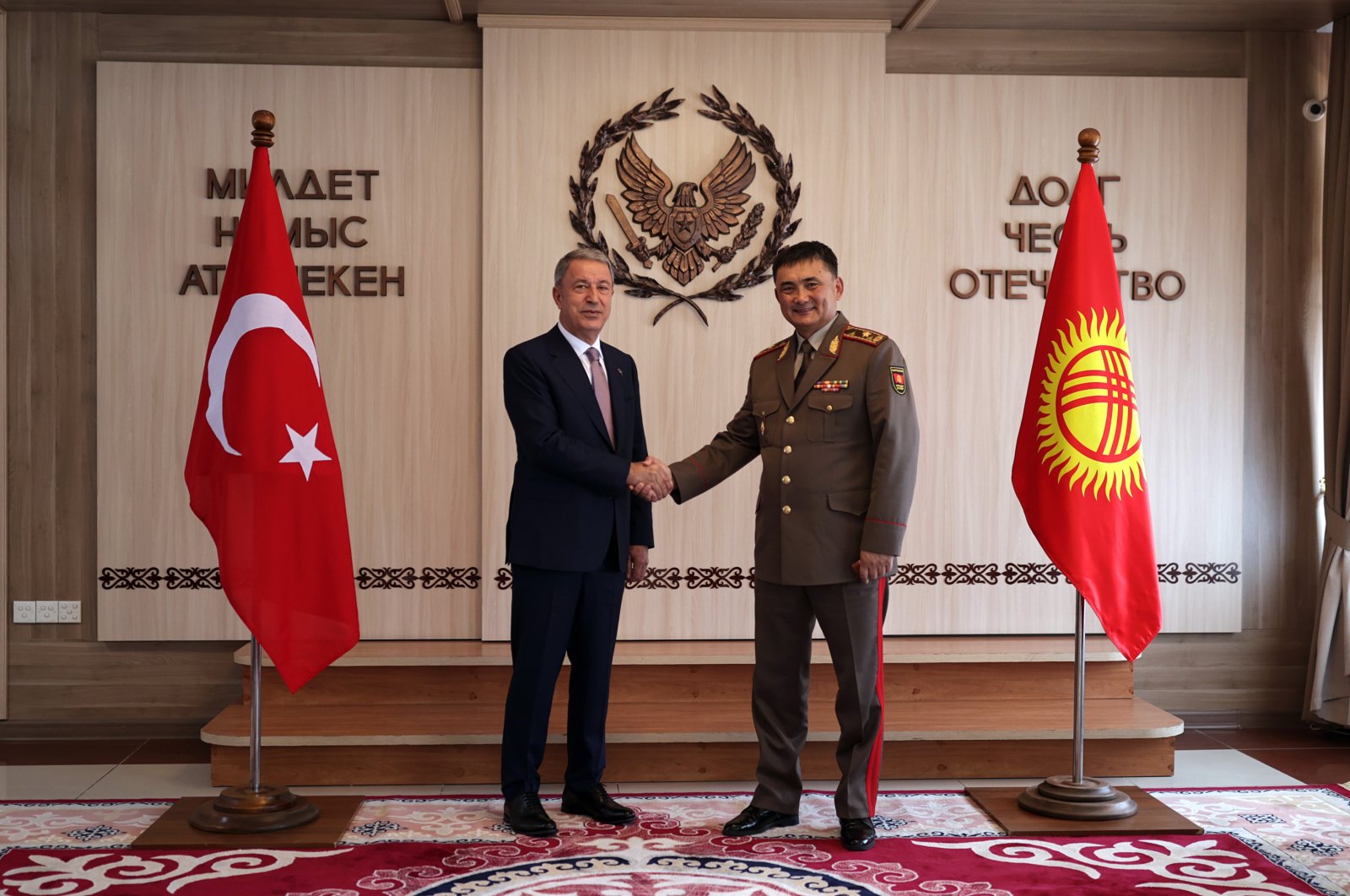 Kyrgyzstan's political stability and social peace is a priority for Turkey, Defense Minister Hulusi Akar said Tuesday, adding that Ankara will continue its support for the Central Asian nation's peace, stability and welfare.

Paying an official visit to the Kyrgyz capital, Bishkek, Akar held a face-to-face meeting with his counterpart Taalaybek Omuraliev.

At the beginning of the talks, Akar expressed his pleasure to be in his ancestral homeland, Kyrgyzstan. Emphasizing the common ties between Turkey and Kyrgyzstan, Akar congratulated the 30th anniversary of the independence of Kyrgyzstan, which he describes as a brotherly country.

Akar noted that after the visit of Kyrgyzstan President Sadyr Zhaparov to Turkey and his meeting with Turkish President Recep Tayyip Erdoğan, the will for cooperation in many fields was apparent. "We will continue our work rapidly in line with the framework drawn by our presidents," Akar said.

Omuraliev, for his part, expressed his pleasure to host Akar in his country. Drawing attention to the historical and cultural ties between Turkey and Kyrgyzstan, Omuraliev said: "This visit you made to our country after our president's visit to Turkey has a special meaning and importance for us."

During the meetings, which were closed to the press, it was stated that bilateral military, security and defense industry issues as well as cooperation in the fight against the Gülesnit Terror Group (FETÖ) were discussed.

Turkey and Kyrgyzstan's fight against FETÖ is of the utmost importance, Erdoğan said this month during a news conference alongside his Kyrgyz counterpart Zhaparov.

"Recent events have once again revealed the bloody, dark and ugly face of FETÖ. I hope we will overcome this threat together by standing shoulder to shoulder," Erdoğan said following a meeting with Zhaparov.

Zhaparov arrived in Turkey earlier this month for a three-day visit and was welcomed by Erdoğan with an official ceremony at the Presidential Complex. The two participated in the 5th meeting of the Kyrgyzstan and Turkey Strategic Cooperation High Council.