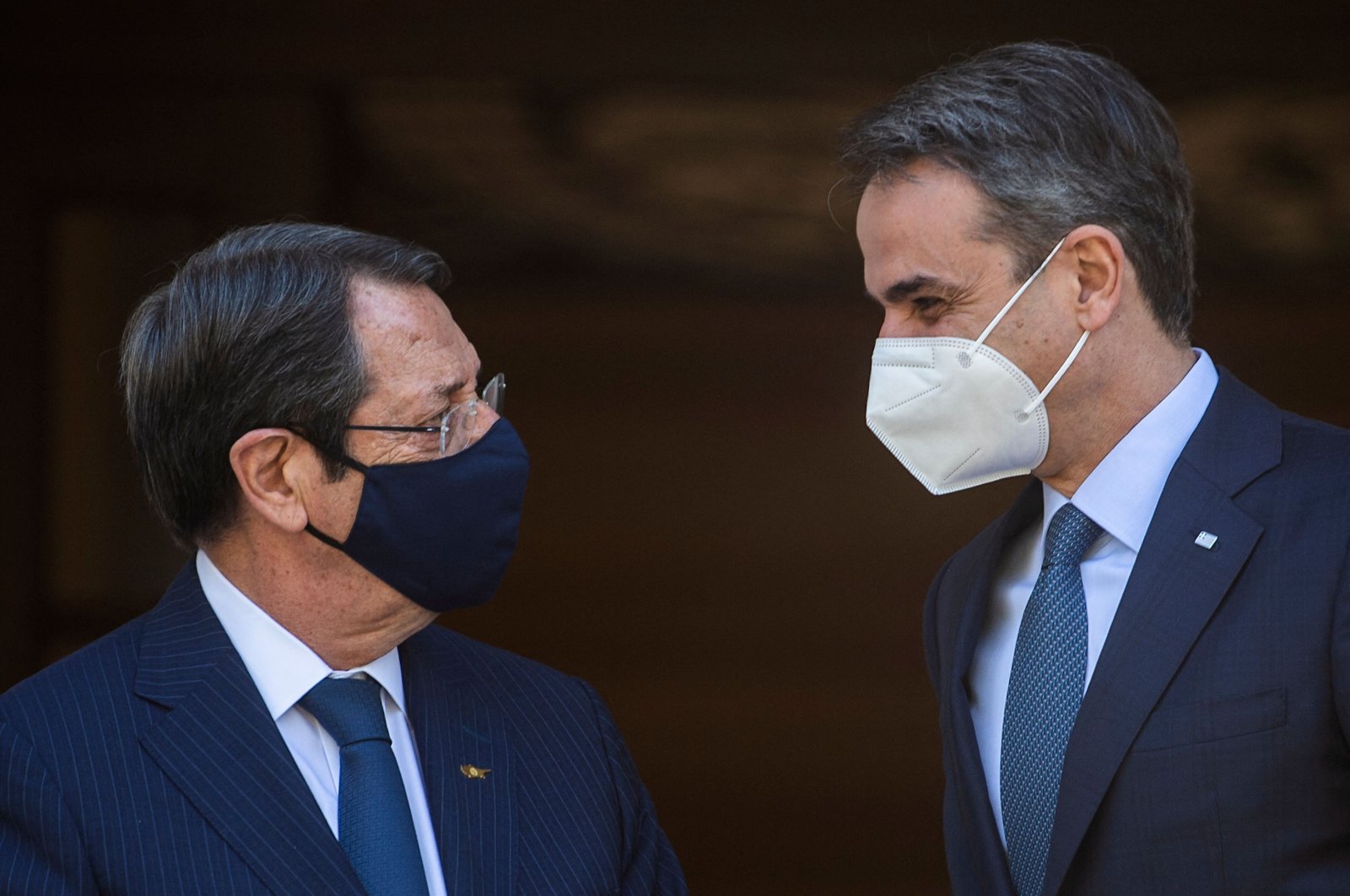 The leader of the Greek Cypriot administration on Wednesday met with Greece’s prime minister ahead of the United Nations-led Cyprus talks to be held in Switzerland next week.

The Geneva talks will be attended by representatives of Turkish Cypriots and Greek Cypriots, the three guarantor powers — Greece, Turkey and the United Kingdom — and the U.N. They come after a hiatus of more than three years in negotiations aiming to resolve the island’s decades-long division.

“Our effort is not to usurp anyone’s rights. Our effort is to find a way for ... both communities to feel safe, and for the human rights of both communities of the entire Cypriot people to be guaranteed,” Anastasiades said at the start of his meeting with the Greek Prime Minister Kyriakos Mitsotakis.

Recently, Turkish Cypriot President Ersin Tatar said that the Turkish Republic of Northern Cyprus (TRNC) will be going to Geneva with a stronger hand. Northern Cyprus will go to Geneva with a new vision, including cooperation based on the sovereign equality of the two states, and this is a significant step, said Tatar regarding the informal, Cyprus-themed conference.

The Greek Cypriot administration instead is proposing a “decentralized federation” under which the Greek and Turkish speaking zones would be granted more authority to run their own affairs.

The island of Cyprus has been mired in a decadeslong struggle between the Turkish Cypriots and Greek Cypriots, despite a series of diplomatic efforts by the U.N. to achieve a comprehensive settlement.