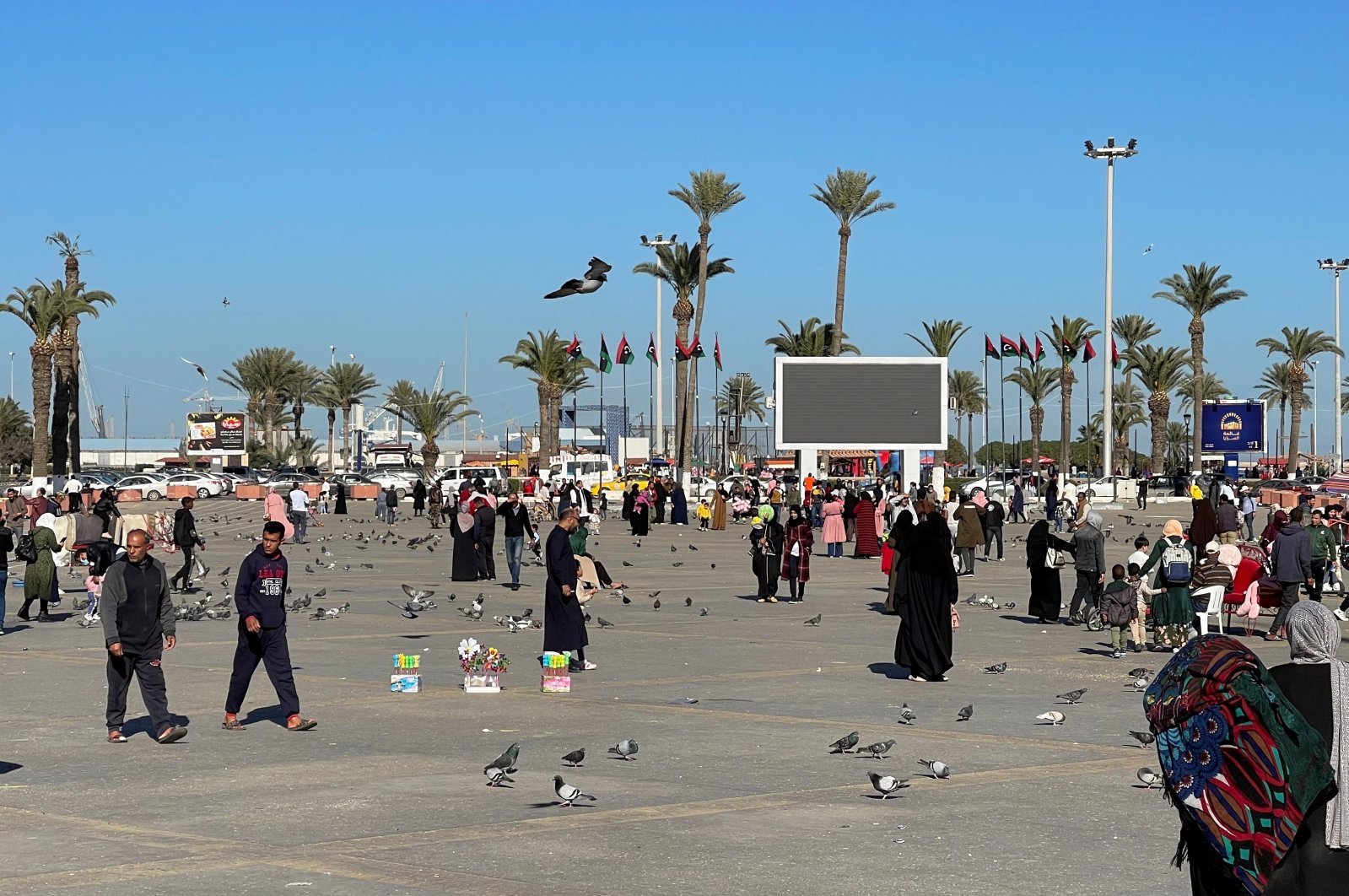 Libya's new interim prime minister, Abdul Hamid Dbeibah, said on Sunday that his country will be in solidarity with "friend and ally" Turkey, underlining that they aim to establish peace in the country and find solutions for major problems.

Starting his duty on Saturday, Dbeibah spoke to Anadolu Agency (AA) for his first interview as the interim prime minister. Commenting on bilateral relations with Turkey, he said: "We will have great solidarity with the Turkish people and state. Turkey is our ally, friend and brother. Also, Turkey has big capabilities to support Libyans to reach their real targets. Turkey is a real partner for us."

As a businessperson, he also touched on the trade relations between the two countries and said that Turkey was the only country that maintained the freedom of movement for Libyans and kept its embassy in Tripoli open during the civil war of the country.

"I believe that there will be great cooperation between the people of Turkey and Libya on the field of economy. I hope to improve this cooperation and increase the trade volume to its highest levels," he said.

​​​​​​​Regarding the war crimes committed by militia loyal to eastern-based putschist Gen. Khalifa Haftar during his battle against the legitimate Government of National Accord (GNA), Dbeibah said the authorities and the relevant process will take care of the issue.

"We are in a difficult stage for the establishment of peace in Libya. Both sides have to compromise. Those whose crimes are proved will be held accountable ... We want real peace between all Libyan sides."

The International Criminal Court (ICC) last year reported that a recently failed offensive by Haftar on the capital Tripoli involved a pattern of violence and the use of mines by retreating forces that harmed civilians, which is a war crime when used indiscriminately.

It also said that since the discovery of mass graves in June in Tarhuna, which Haftar’s forces used as a base to launch their attack in April 2019 seeking to take the capital of Tripoli, over 100 bodies have been found, many blindfolded and with their hands tied.

Dbeibah also said the recent statement, which conditioned the transfer of power to the new executive authority on the approval of the pro-Haftar Tobruk-based parliament, by Haftar's illegitimate administration is reasonable considering the process and added: "Libyan people welcomed the appointment of this (interim) government. They (the Tobruk-based parliament) are also a part of the Libyan people. I do not think it is possible that they will follow a line violating the people's choices."

The eastern-based government allied with warlord Haftar on Saturday conditioned the transfer of power to the new executive authority following the approval of the Tobruk-based parliament.

"We will wait for a final say from members of the House of Representatives (parliament) to hand over power to any governing body elected by law," the unrecognized government of Abdullah al-Thani said in a statement.

The government said it will continue to pursue its duties. "The government is ready to hand over power if the new authority is approved (by the Tobruk-based parliament)," the statement said.