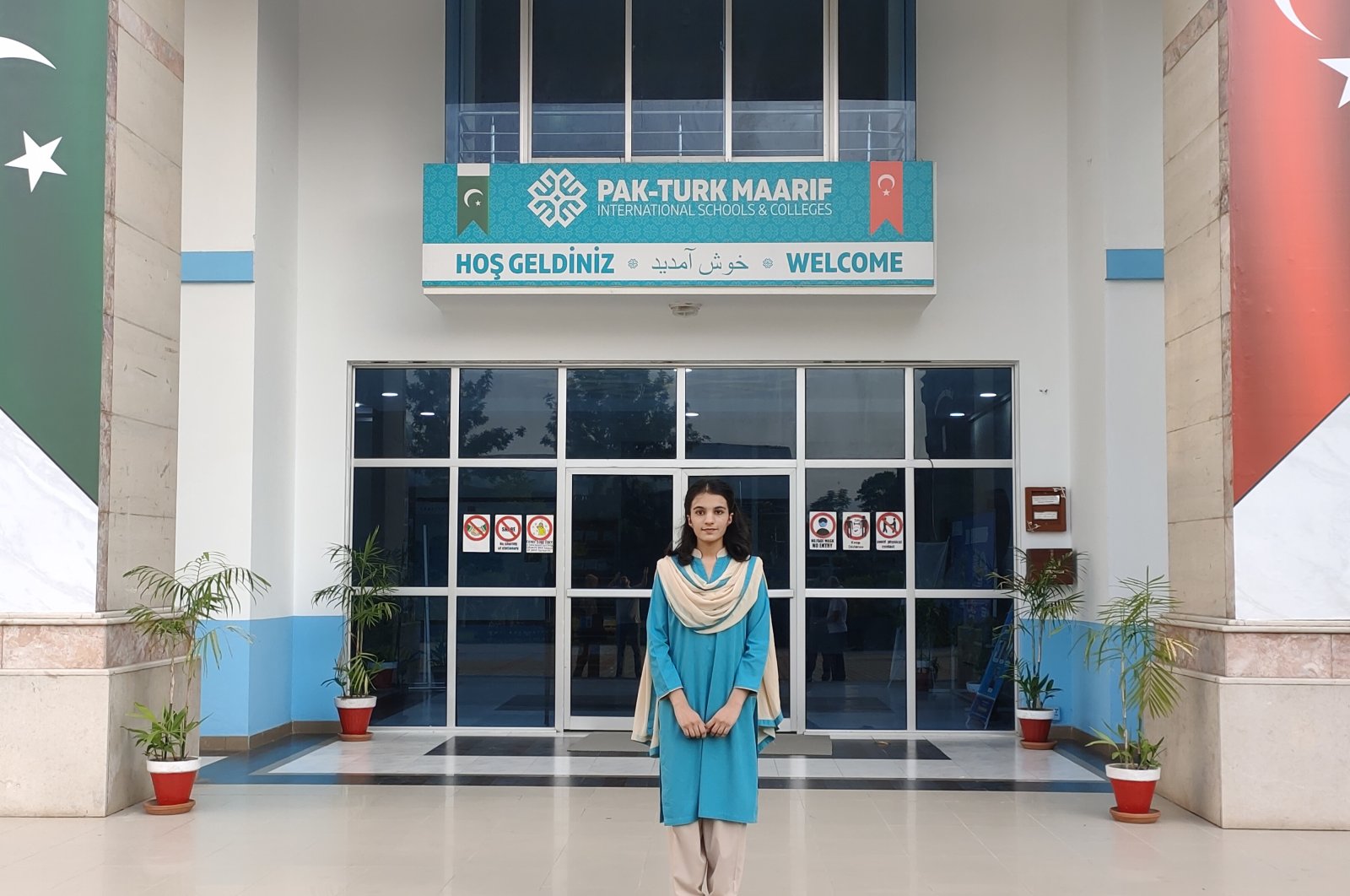 The chair of the Turkish Maarif Foundation Birol Akgün on Wednesday announced that Turkey is one of the top five countries in the world in terms of its network of international schools, with its 377 educational facilities and nearly 50,000 students placing it amongst the ranks of France, Germany, Britain and China. The news came as a student who studied at a Pak-Türk Maarif International School in Pakistan took second place in the national university entrance examinations.

Şükran Özcan, director of the H-8 Girls Campus in the capital Islamabad, told Anadolu Agency (AA) that their student Moiza Zahid ranked second in Pakistan in the university entrance exam, noting that she was honored and proud of the achievement.

Zahid said attending a Pak-Türk Maarif International School was a privilege and that the Maarif Foundation has helped her dreams come true.

She stressed that the schools stood by the students and supported them through their difficulties during the COVID-19 pandemic, emphasizing that the management is cooperative and teachers are ready to help students reach their goals.

She said that while many schools suspended their education during the pandemic, Pak-Türk Maarif International Schools continued to teach online. Zahid added that they were able to reach their teachers at any time and that any problems they encountered were resolved by the administration.

Zahid described the two years she spent at Pak-Türk Maarif International Schools as the best experience of her life and noted that she was very happy that she chose to study there.

In June, two students studying at Pak-Türk Maarif International Schools came first in Pakistan in biology and sociology in the "Cambridge A-Level" exams held around the world.

While speaking to AA, Akgün evaluated the five years that have passed since the establishment of the Maarif Foundation, which carries out comprehensive educational activities in 44 countries on all six continents.

"Our foundation has taken over 230 schools affiliated with FETÖ (The Gülenist Terror Group) in 19 countries," Akgün said, adding that the studies on this issue are continuing.

"As TMV, we have made official contacts with 104 countries in five years. We have cooperation protocols with 89 of 104 countries that recognize the existence of TMV. Among them, we have schools in 44 countries. We have 45,000 students still studying here, and this number is increasing. The number of students we graduate from high school is around 5,700."

Turkey's Maarif Foundation was founded on June 17, 2016, with one of its missions to run schools seized from the Gülenist Terror Group, the culprit behind the July 15, 2016 coup attempt. In time, Maarif has expanded its scope beyond this simple mission, turning into an education juggernaut that represents Turkey abroad.