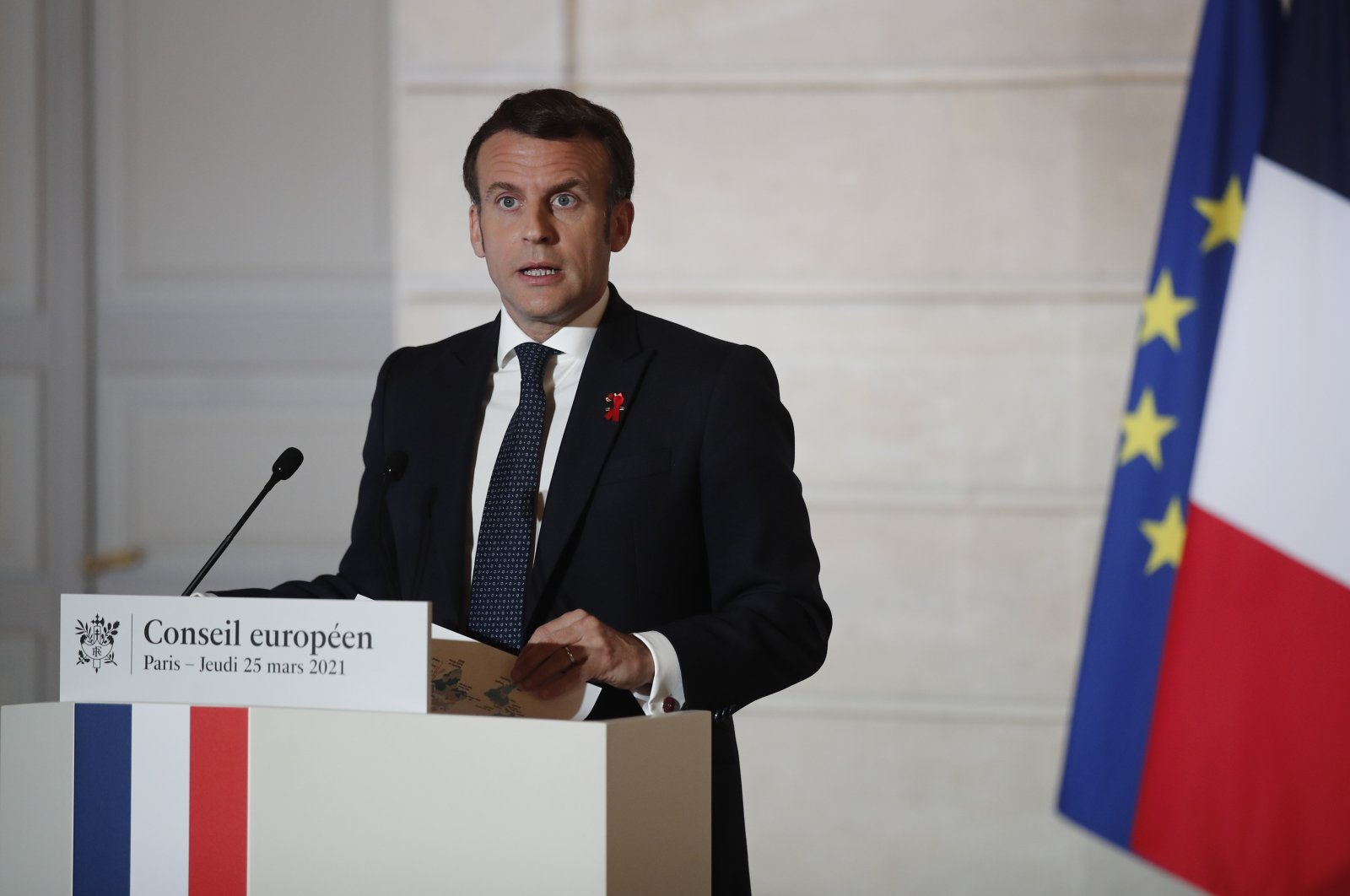 French President Emmanuel Macron on Friday repeated his claim that Turkey was "attempting to interfere" in his country's next presidential election in 2022.

Speaking at a press conference during the EU leaders summit that ended Friday, Macron alleged that nongovernmental organizations (NGOs), as well as resident and political groups, in Europe had been mobilized by "Turkey's official propaganda organs," including the country's Religious Affairs Directorate (Diyanet).

Macron sided with his Interior Minister Gerald Darmanin in his reaction against the Strasbourg Municipality and its mayor for donating 2.5 million euros ($2.9 million) for the construction of the Eyup Sultan Mosque supported by the Islamic Community National Vision (IGMG) in the eastern French city.

Voicing concern on what he said were associations in the country saying they could not adhere to "values of the republic," Macron also alleged intervention via "propaganda organizations broadcasting on their channels."

He added that it would be hard to claim that there were friendly relations if these problems are not solved.

Erdoğan and Macron had agreed in recent talks to focus on a positive agenda, Çelik said, adding that Macron stepped out of this line with his latest statements.

“It is our wish to have a sincere and constructive dialogue with France,” he said, stating that it is unacceptable to target associations representing Turkey.

Touching on relations with Turkey, Macron said there had been progress in ties with Ankara, but that words had to be turned into action.

He said ties would progress if Turkey continued to take positive steps, otherwise, he would take a step back.

On Wednesday, Macron accused Turkey of attempting to interfere with France's next presidential election scheduled for next year.

France and Turkey have been at odds geopolitically over conflicts in Syria and Libya. Most recently, Turkish President Recep Tayyip Erdoğan and Macron lashed out at each other following a controversy over offensive caricatures of Islam's Prophet Muhammad.

Macron claimed that Turkey distorted his comments on Islam last year when he described Islam as "a religion in crisis" after a series of terror attacks in France.