Majority of Turks no longer see US as ally of Turkey, survey says 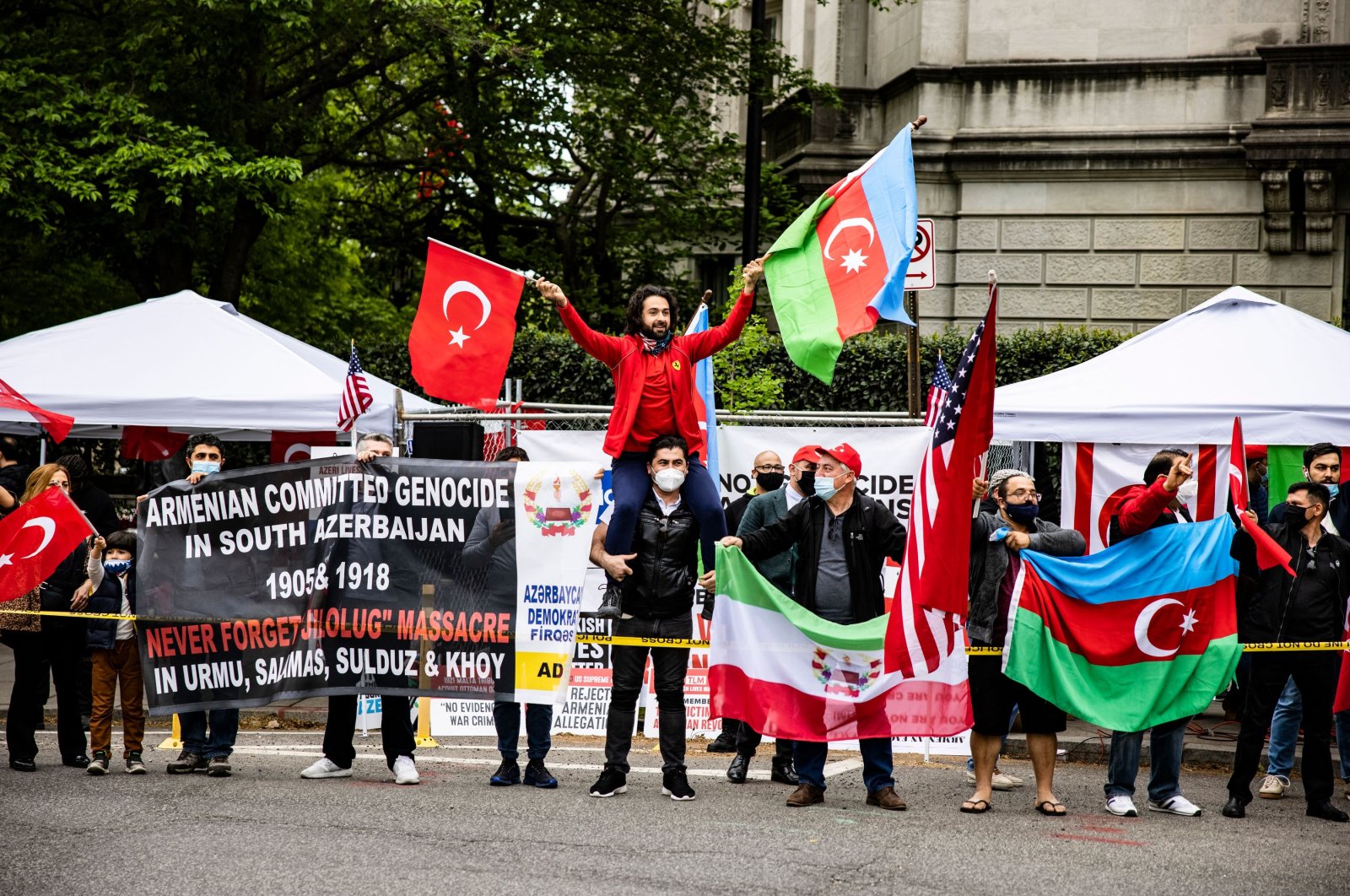 A group of Turkish protestors stands outside the Turkish ambassador's residence across from Armenian protestors on the 106th anniversary of the 1915 Armenian Events in Washington, D.C., U.S., April 24, 2021. (AFP Photo)
by DAILY SABAH May 03, 2021 11:46 am
RECOMMENDED

A vast majority of Turkish people no longer see the U.S. as an ally of Turkey, according to a recent survey conducted shortly after Washington recognized the 1915 events as “genocide.”

A whopping 94.5% of participants told Areda Survey that they do not believe the U.S. is a friend of Turkey in a poll conducted among 1,895 people between April 29-30.

The survey, titled “The so-called Armenian Genocide,” also found that the participants thought President Joe Biden’s statements regarding the incident were wrong and were made to put Turkey in a difficult position.

In response to a question about if they consider the U.S. a strategic partner and ally of Turkey, 93.3% said no, while 6.7% said they do.

Meanwhile, 90.9% of the participants said they find Biden’s genocide remarks wrong, while 90.2% said they do not believe the genocide claims.

Some 91% of the participants also said they think Biden’s genocide remarks were made as a means to politically put pressure on Turkey, while 9% said he made the remarks because he thought genocide was the right term to describe the 1915 events.

The survey also found that people believe that Turkey should provide the necessary response to the U.S. following the genocide recognition.

Biden described the killings of Ottoman Armenians during World War I as “genocide” last week.

“We remember the lives of all those who died in the Ottoman-era Armenian genocide and recommit ourselves to preventing such an atrocity from ever again occurring,” Biden said. “And we remember so that we remain ever-vigilant against the corrosive influence of hate in all its forms,” he said.

“We do this not to cast blame but to ensure that what happened is never repeated,” Biden said.

“We have nothing to learn from anybody on our own past. Political opportunism is the greatest betrayal to peace and justice. We entirely reject this statement based solely on populism,” Çavuşoğlu said in a Twitter post.

With the acknowledgment, Biden followed through on a campaign promise he made a year ago. Mainly hailing from Ottoman Armenians, Armenians in the U.S. constitute significant communities in East Coast and California.

Turkey’s position on the 1915 events is that the death of Armenians in eastern Anatolia took place when some sided with invading Russians and revolted against Ottoman forces. A subsequent relocation of Armenians resulted in numerous casualties, added by massacres from militaries and militia groups of both sides. The mass arrests of prominent Ottoman Armenian politicians, intellectuals and other community members suspected of links with separatist groups, harboring nationalist sentiments and being hostile to the Ottoman rule were rounded up in then-capital Istanbul on April 24, 1915, commemorated as the beginning of later atrocities.