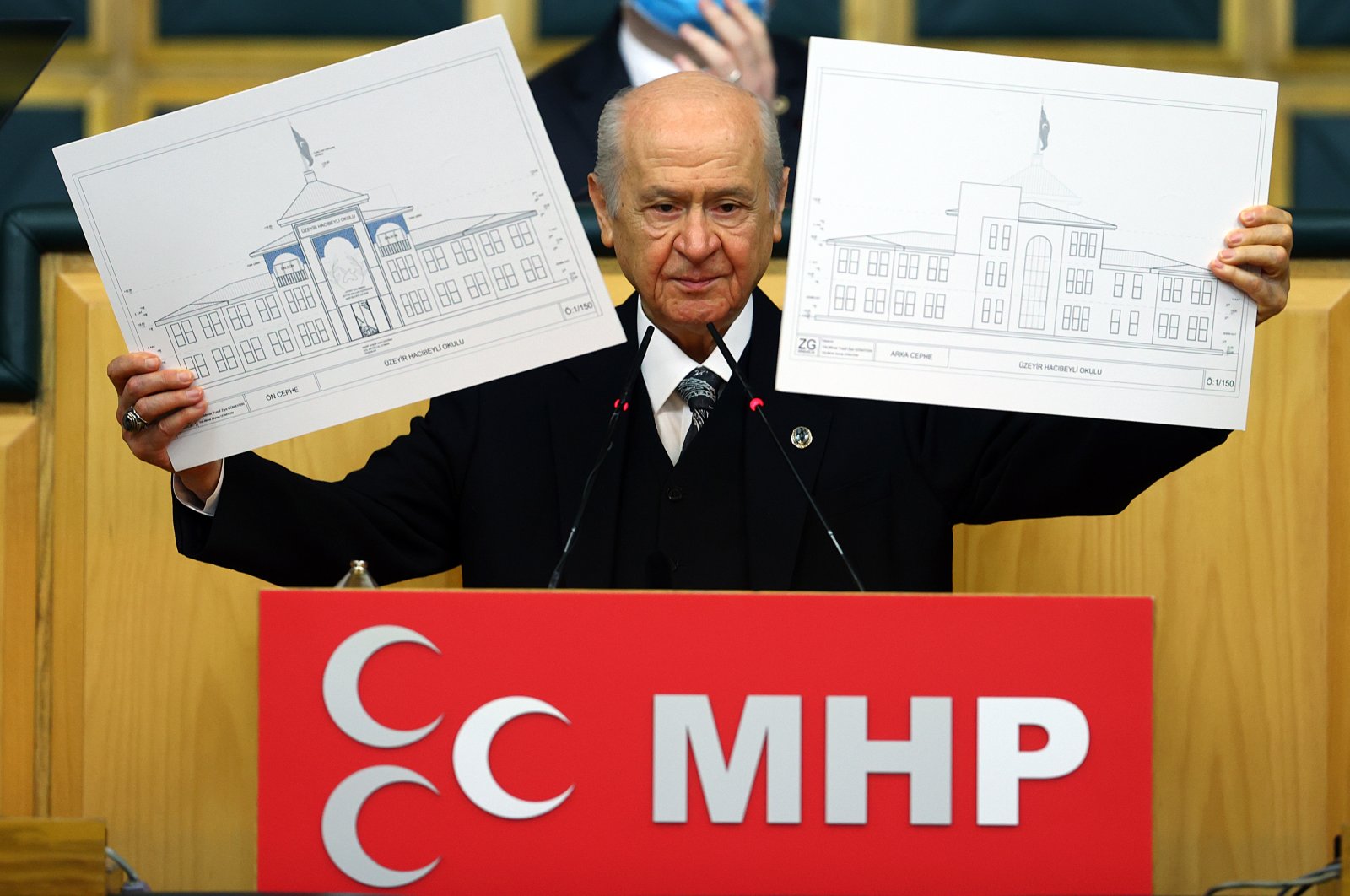 A delegation from the Nationalist Movement Party (MHP) will visit Azerbaijan Friday to determine a location to build a school in Azerbaijan’s key city of Shusha that was liberated during the clashes between Baku and Yerevan over the Nagorno-Karabakh region in November.

According to a statement by the MHP, Vice-Chairperson Mevlüt Karakaya, Ahmet Yiğit Yıldırım, chairperson of the Gray Wolves, a pan-Turkist organization which was established by MHP founder Alparslan Türkeş in late 1960, and former Isparta mayor and architect Yusuf Ziya Günaydın will first stop in the capital Baku to hold meetings for the project before heading to Shusha.

MHP Chairperson Devlet Bahçeli had announced the intent to build the school on Jan. 16 with a post on social media saying that the party would like to establish a school with nine classrooms if President Recep Tayyip Erdoğan allows.

Bahçeli had stated that the school could be named after Uzeyir Hajibeyov, the composer of the Azerbaijani national anthem who was born in Shusha.

The Azerbaijani armed forces liberated Shusha in November after 28 years of Armenian occupation. Shusha, known as the pearl of Nagorno-Karabakh, was occupied by Armenia on May 8, 1992.

The town has a significant military value since it is located on strategic heights about 10 kilometers (6 miles) south of the region’s capital over Khankendi (Stepanakert) and on the road linking the city with Armenian territory. Besides its strategic significance, the town is known as a symbol of Azerbaijani history and culture with many historic sites, the restoration of which has started. Many prominent Azerbaijani musicians and scholars were born in the city.

"I declare Shusha to be the capital of Azerbaijani culture. The city of Shusha deserves that. I think that it can be considered not only the cultural capital of Azerbaijan but also of the entire region," Aliyev said during a videoconference with Culture Minister Anar Karimov.

During the six-week-long conflict, Azerbaijan liberated several cities and nearly 300 settlements and villages, while at least 2,802 of its soldiers were killed. There are differing claims about the number of casualties on the Armenian side, which, sources and officials say, could be as high as 5,000.