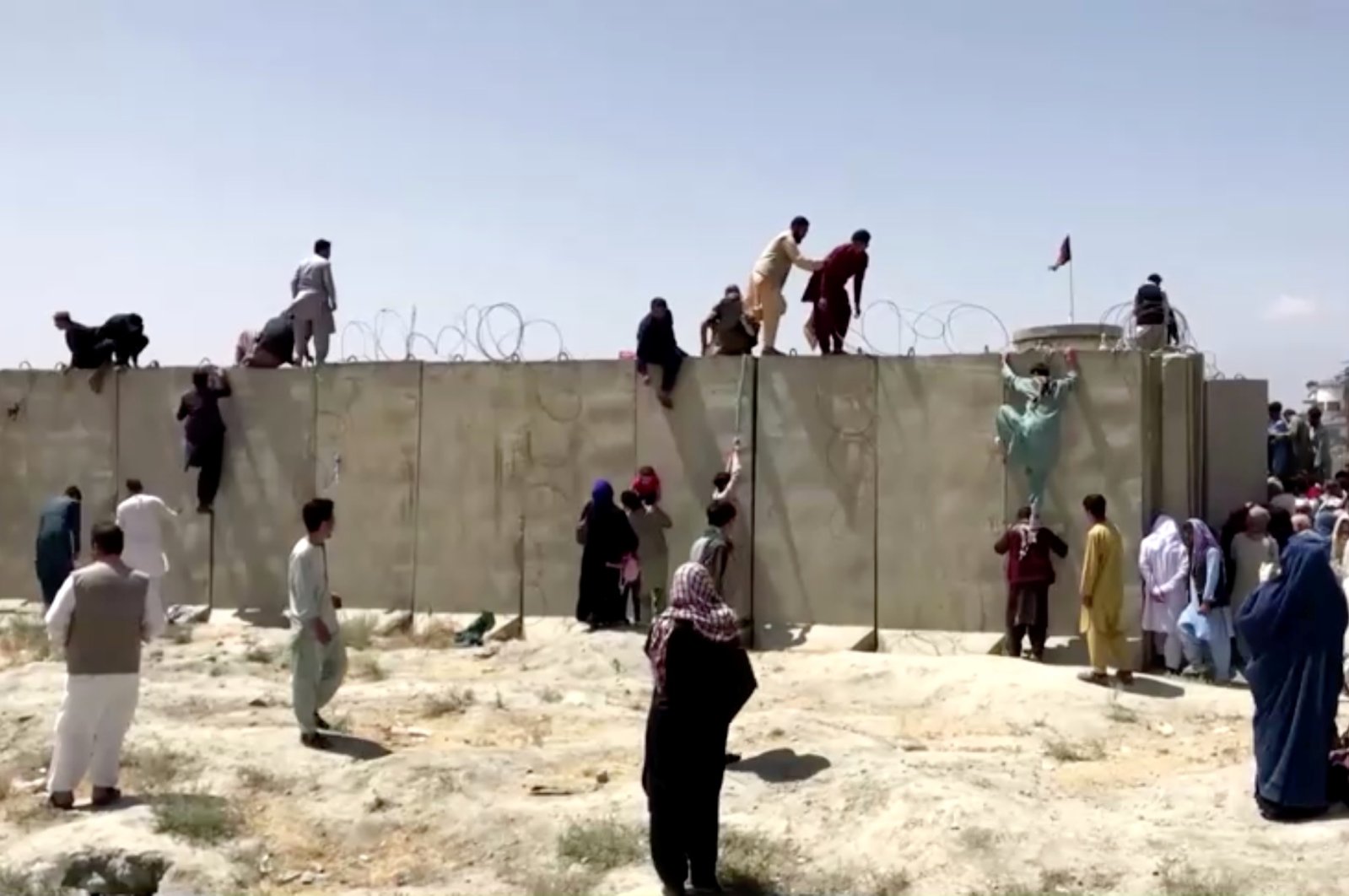 It is absolutely essential that agreement, contact and consensus be reached with the new administration in Afghanistan to prevent irregular migration, Turkey's Nationalist Movement Party (MHP) Chair Devlet Bahçeli said Monday, adding that every option should be considered, including negotiating with the Taliban.

The Taliban swept into Kabul on Sunday after Afghan President Ashraf Ghani fled the country, bringing a stunning end to a two-decade campaign in which the United States and its allies had tried to transform Afghanistan. The country’s Western-trained security forces collapsed in a matter of days, even before the withdrawal of the last U.S. troops.

The Taliban declared the war in Afghanistan over after taking control of the presidential palace in Kabul while Western nations scrambled yesterday to evacuate their citizens amid chaos at the airport as frantic Afghans searched for a way out.

After key provincial capitals crumbled back-to-back in a single day, the Taliban rallied their forces around all four corners of Kabul in the early hours of Sunday, igniting anxiety and panic in the country’s biggest city housing some 6 million inhabitants.

Regarding a possible migration wave from Afghanistan, Bahçeli said: "Turkey will not be a migrant camp, migrant shelter, transit or nesting center for migrants, and it will not be evaluated as such. We can never compromise our national peace for the peace of others."

He added that it is not possible for Turkey to stomach irregular migration originating from Afghanistan.

"Our border security measures are on alert in this context. Our presence in Afghanistan will also provide an opportunity to prevent irregular migration, which is a great danger and worries our nation," he said.

Concerns have risen over a possible spike in migrants from Afghanistan due to the U.S. pullout from the country after two decades and following the surge of Taliban attacks.

Bahçeli added that it should be unthinkable for Turkish military elements to leave Afghanistan.

"Turkey's presence in Afghanistan is legitimate, friendly, peaceful, and supports the stability and security of this country," he said.

Turkey, whose forces in Afghanistan have always been comprised of noncombatant troops, has been running the military and logistic operations of the Kabul airport for six years as part of the NATO-led Resolute Support Mission.