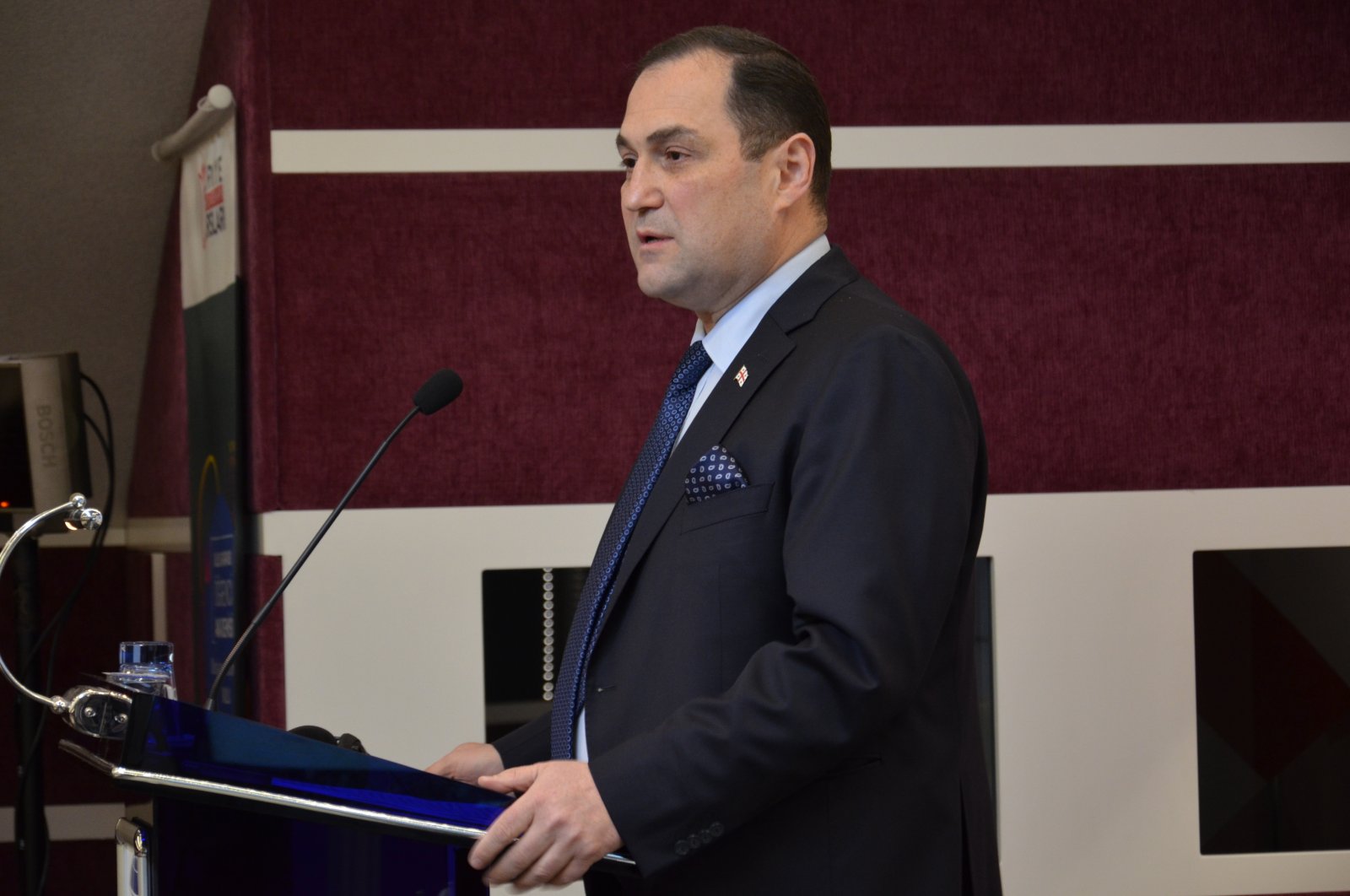 Russia's illegal occupation of two Georgian regions created a dangerous pattern in the region with significant security implications, Georgia’s envoy to Turkey said as he called for consolidated international pressure on Moscow

Russia has a clear interest in preserving the dangerous status quo in the unresolved conflicts in the Black Sea region, Georgia’s Ambassador to Turkey George Janjgava stated.

Speaking to Daily Sabah, Janjgava underlined that “Russia’s attempt to forcibly redraw the sovereign borders in Europe largely destabilized the security environment in the wider Black Sea region, and was a huge blow on entire rules-based international order.”

“If we look at the map, the Black Sea is now surrounded by Russian military strongholds,” he added, elaborating that “there are Georgia’s occupied regions of Abkhazia and Tskhinvali/South Ossetia, where the Russian Federation has been strengthening its illegal military presence, holding two full-fledged military bases with more than 10,000 troops and multiple missile launch systems.”

Janjgava further gave the example of Crimea saying “Moscow holds over 30,000 Russian troops and sophisticated armaments while maintaining its effective control over Eastern Ukraine with over 40,000 troops.”

“We should not forget about Moldova’s Transnistrian region, where Russia maintains around 2,000 troops,” the ambassador added.

He said the illegal occupation of two Georgian regions, Abkhazia and South Ossetia, established a dangerous pattern, “which Russia further exploited in Ukraine and elsewhere, causing serious security implications not only in the Black Sea region but the entire Euro-Atlantic space.”

Diplomatic ties between Russia and Georgia, which is aspiring to join the EU and NATO, collapsed after Moscow occupied two of the latter's territories in a conflict and went on to recognize the independence of South Ossetia and Abkhazia, where Russian troops are now garrisoned. Most of the world, however, continues to consider them as part of Georgia.

Europe's top human rights court earlier this year found Russia responsible for a swath of violations in these regions after the 2008 Russia-Georgia war.

Georgia hailed the verdict by the European Court of Human Rights as a major victory.

The Strasbourg-based court ruled that Russia exercised effective control over Georgia's separatist regions after the hostilities and was responsible for ill-treatment and acts of torture against Georgian prisoners of war, arbitrary detentions of Georgians and "inhuman and degrading treatment” of 160 detained Georgian civilians, who were held in crowded confinement for more than two weeks in August 2008.

“We can witness Russia’s deliberate policy, directed at undermining the peace processes, and destabilizing the security situation on the ground, creating black holes in terms of human rights violations, with its wider regional implications,” Janjgava stated.

He stressed that Russia is in constant violation of the EU-mediated cease-fire and said the absence of open armed conflict in the occupied territories does not mean peace is achieved.

Tensions recently increased in the Black Sea region due to a rise in cease-fire violations in eastern Ukraine, where Russia-backed separatists and Ukrainian forces have been locked in a conflict since Moscow’s 2014 annexation of Ukraine’s Crimean Peninsula.

The Kremlin has maintained that Russia is free to deploy its troops wherever it wants on its territory and has repeatedly accused the Ukrainian military of “provocative actions” along the line of control and of planning to retake control of the regions by force.

Janjgava said Georgia's past experiences over 12 years show that “consolidated international diplomatic pressure on Russia does serve as a deterrent factor for Russia and makes a tremendous difference.”

“It is decisive that the international community stays committed to defending its principles. Russia needs to be strongly and continuously reminded that it has to comply with its international obligations and fear the consequences of its destructive policy of undermining international law and sovereignty and territorial integrity of its neighboring countries,” he added.

On the other side, speaking during a panel of the Strategic Thinking Institute (SDE) in the capital Ankara, Janjgava also touched upon bilateral ties with Turkey, marking the 100th anniversary of the opening of the first diplomatic representation of Georgia in Ankara.

“We are strategical partners with Turkey. Turkey is supporting us not only regarding our territorial integrity but also our aspirations for NATO,” he said, indicating that Ankara is an independent and powerful player in the region.

Janjgava stated that Georgia is an important transit route for trade in the region and also welcomed the peaceful resolution of the recent Nagorno-Karabakh conflict, saying it would be beneficial for the whole region.