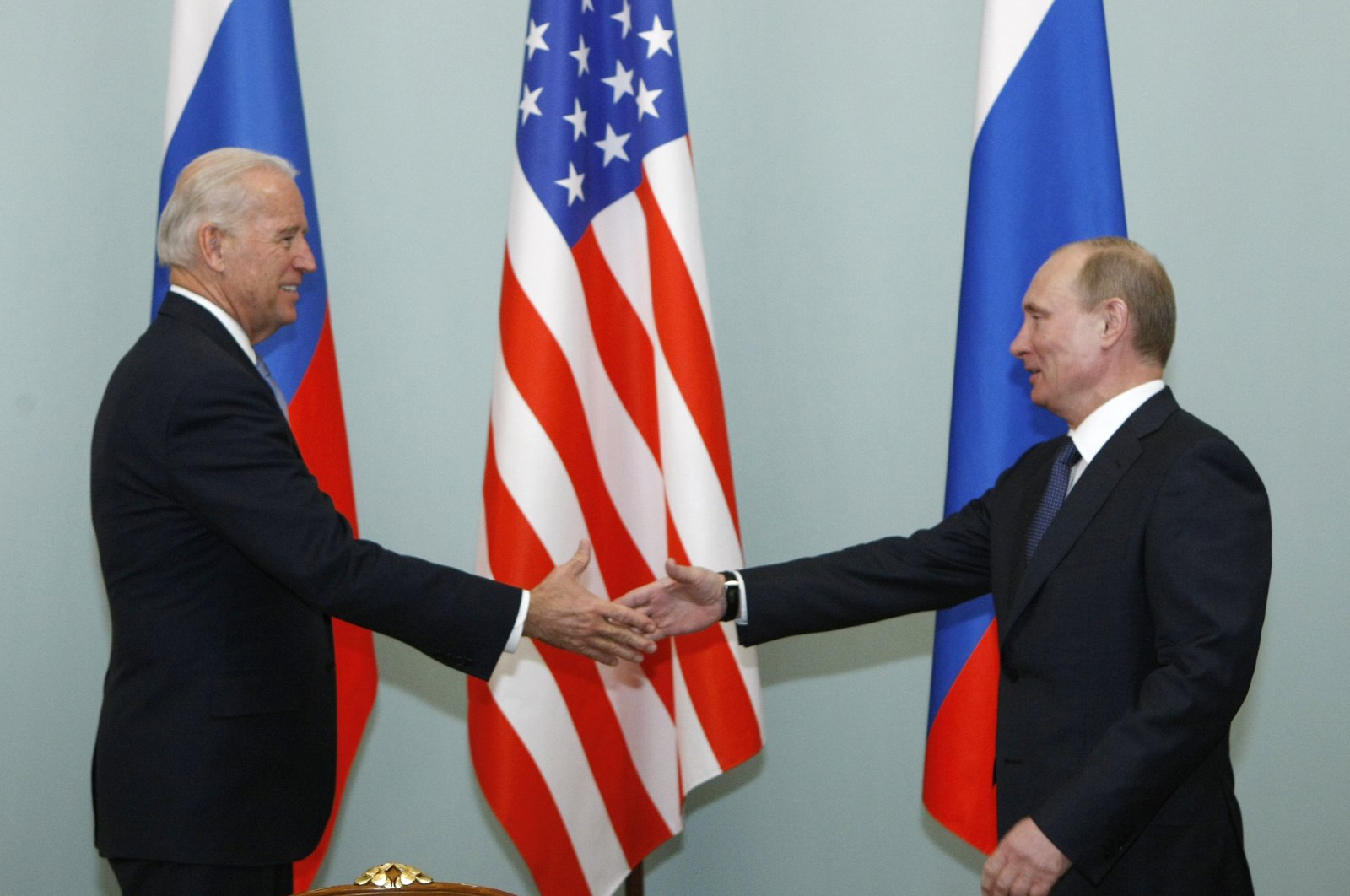 U.S. President Joe Biden underlined his country's support for Ukrainian sovereignty and territorial integrity in a phone call with his Russian counterpart Vladimir Putin on Tuesday, and proposed a summit of the estranged leaders to tackle a raft of disputes as Moscow and Kyiv have been embroiled in the most significant increase in tensions in years.

The White House and the Kremlin reported only the second conversation between the two since Biden took office in January, after Western officials urged Moscow to end the build-up and Russia, in words recalling the Cold War, said its "adversary" should keep U.S. warships well away from the Crimea region.

Russia seized Crimea from Ukraine in 2014 and fighting has increased in recent weeks in eastern Ukraine, where government forces have battled Russian-backed separatists in a seven-year conflict that Kyiv says has killed 14,000 people.

In a sign of concern about tensions spinning out of control in the Ukraine crisis, Biden phoned Putin to propose they meet in a third country while underlining U.S. commitment to Ukraine's sovereignty and territorial integrity.

"President Biden also made clear that the United States will act firmly in defense of its national interests in response to Russia's actions, such as cyber intrusions and election interference," the White House said in a statement.

"The president voiced our concerns over the sudden Russian military build-up in occupied Crimea and on Ukraine’s borders, and called on Russia to de-escalate tensions," it said.

In the first public Russian description of the build-up, Defense Minister Sergei Shoigu said later on Tuesday that Moscow had moved two armies and three paratrooper units to its western border as part of a large snap drill meant to test combat readiness and respond to what he called threatening military action by NATO.

Shoigu said on state TV that the three-week exercise, which he called successful, was due to wrap up in the next two weeks. Shoigu said NATO was deploying 40,000 troops and 15,000 pieces of military equipment near Russia's borders, mainly in the Black Sea and the Baltic regions. The Western alliance denies any such plans.

Russia has regularly accused NATO of destabilizing Europe with its troop reinforcements in the Baltics and Poland since the annexation of Crimea.

Biden also reaffirmed a goal to build "a stable and predictable relationship" with Russia and said a meeting in the coming months could address "the full range of issues" facing the two world powers, the statement said.

The Kremlin said in its account of the call that Biden told Putin he wanted to normalize relations and to cooperate on arms control, Iran's nuclear program, Afghanistan and climate change. It confirmed Biden had proposed a high-level meeting but did not indicate how the Russian leader responded.

U.S. Secretary of State Antony Blinken echoed the White House message during talks on the crisis in Brussels with NATO leaders and Ukraine's foreign minister. Blinken also said he would discuss Kyiv's ambitions to one day join NATO, although France and Germany have long worried that bringing the former Soviet republic into the Western alliance would antagonize Russia.

"The United States is our adversary and does everything it can to undermine Russia's position on the world stage," Deputy Foreign Minister Sergei Ryabkov was quoted as saying by Russian news agencies on Tuesday.

His remarks suggest that the diplomatic niceties which the old Cold War enemies have generally sought to observe in recent decades are fraying and that Russia would robustly push back against what it regards as unacceptable U.S. interference in its geographical sphere of influence.

Andrew Weiss, a Russia analyst at the Carnegie Endowment for International Peace, said Biden's exchange with Putin reflected U.S. concern about Ukraine and a desire to work with Russia where they may have common interests.

"There's an urgent need to send a signal directly to Putin that what Russia is doing in and around Ukraine is dangerous and destabilizing, even as other parts of the administration try not to foreclose cooperation on issues such as the Iran nuclear deal, Afghanistan, climate change and strategic stability."

Two U.S. warships are due to arrive in the Black Sea this week in response to what U.S. and NATO officials say is the largest massing of Russian forces – with thousands of combat-ready troops – since Moscow seized Crimea from Ukraine.

"We warn the United States that it will be better for them to stay far away from Crimea and our Black Sea coast," Ryabkov said. "It will be for their own good. He called the U.S. deployment a provocation designed to test Russian nerves.

"Russia must end this military build-up in and around Ukraine, stop its provocations and de-escalate immediately," Stoltenberg said at a news conference with Kuleba.

Kyiv has welcomed the show of Western support, but it falls short of Ukraine's desire for full membership of NATO. Kuleba said Kyiv wanted a diplomatic solution, though he also appealed for further economic sanctions against Moscow and more military assistance to Ukraine.

Separately, two diplomats said Stoltenberg would chair a videoconference with allied defense and foreign ministers on Wednesday. Blinken and U.S. Defense Secretary Lloyd Austin were to be present at NATO headquarters to brief the other 29 allies on Ukraine, as well as on Afghanistan, the diplomats said.