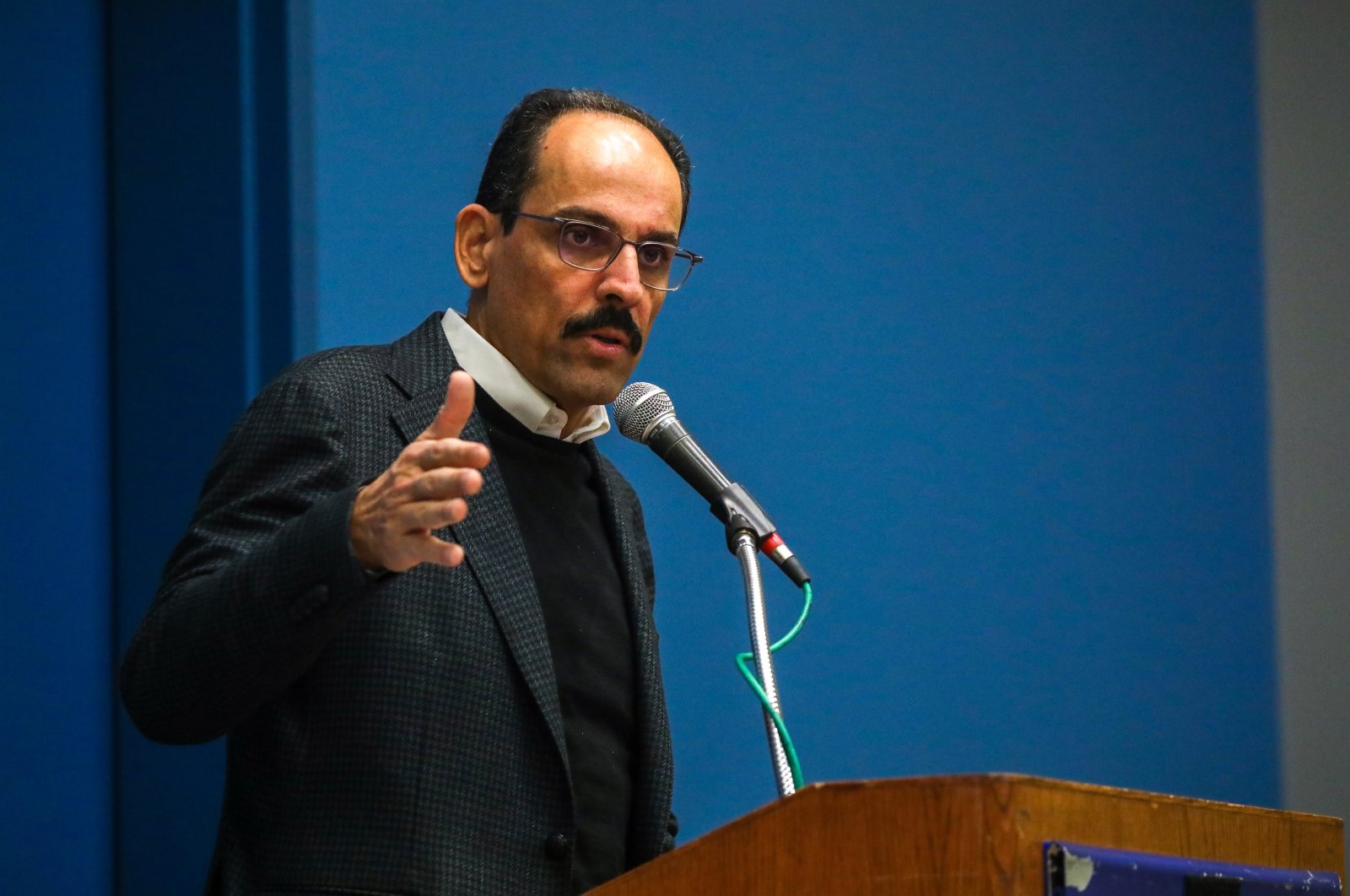 Presidential Spokesperson Ibrahim Kalın speaks at a meeting hosted by Turkey’s ambassador to the U.S. and its Chicago consul general in Chicago, U.S., Dec. 26, 2021. (AA Photo)
by Anadolu Agency Dec 27, 2021 8:27 am
RECOMMENDED

Kalın was speaking at a meeting hosted by Turkey’s ambassador to the United States, Hasan Murat Mercan, and Chicago Consul General Engin Türesin.

In response to a question on the Armenian lobby’s activities in the U.S. against Turkey, Kalın said the developments underway in the Caucasus will soon dismantle the Armenian diaspora's arguments.

“In other words, the Turkey-Armenia or Turkish-Armenian conflict, is coming to an end in the Caucasus. With the liberation of Karabakh, with its independence and joining Azerbaijani lands, a new page in history has opened there,” he said.

Kalın also highlighted the steps Turkey and Armenia have taken to normalize relations, noting that the process will make a great contribution to Armenia both politically and economically.

Relations between the former Soviet republics of Azerbaijan and Armenia have been tense since 1991, when the Armenian military occupied Nagorno-Karabakh, a territory internationally recognized as part of Azerbaijan, and seven adjacent regions.

Turkey was a key backer of Azerbaijan during last year's 44-day Karabakh conflict between Azerbaijan and Armenia.

On Jan. 11, the leaders of Russia, Azerbaijan and Armenia signed a pact to develop economic ties and infrastructure to benefit the entire region. It included the establishment of a trilateral working group on Nagorno-Karabakh.

Kalın also met with Turkish citizens living in the U.S. at the Turkish Consulate General in Chicago while he was in the city to attend the annual MAS-ICNA convention, one of the largest Islamic conferences in North America.

Relations between Turkey and the U.S. are critical enough to develop a strategic partnership perspective, Kalın said, adding: “But we have seen that approaches that ignore Turkey’s threat perception and the threats we face are also implemented by the American administrations.”

On the fight against terrorism, Kalın stated that Turkey expects the U.S. administrations to confront the issue at the appropriate level, scope and depth.

Kalın went on to say that the U.S.’ continued support of the PKK terrorist organization's Syrian offshoot, the YPG, its sanctions against Turkey over its purchase of Russia’s S-400 air defense systems, Turkey's removal from the F-35 program and its approach toward the Gülenist Terror Group (FETÖ) are the main disagreements between the two countries.

However, he said that in addition to these controversial issues, there are also areas in which Turkey and the U.S. continue to work and agree.