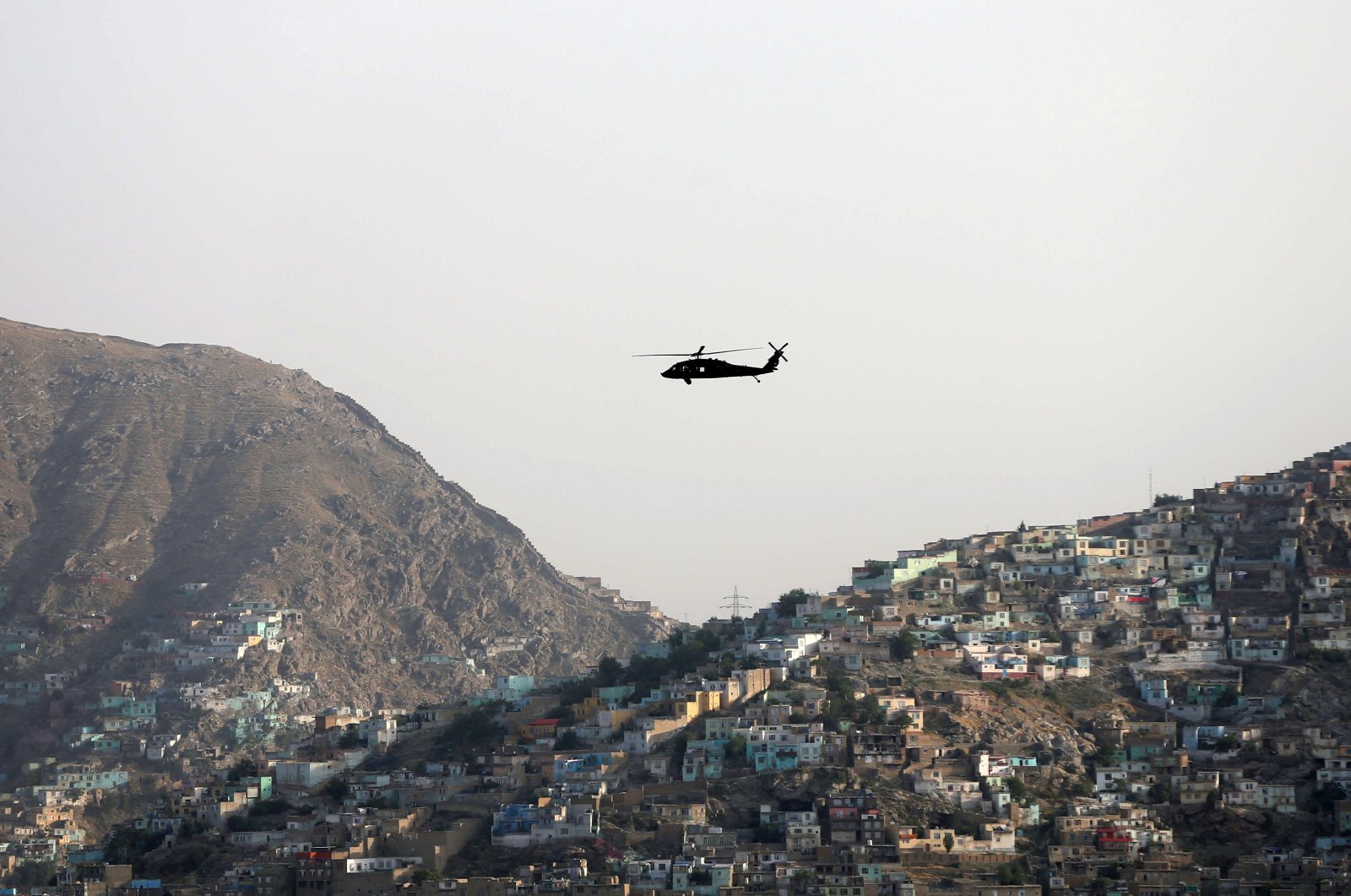 NATO leaders are yet to agree on who would run Kabul's international airport following the troop withdrawal of the United States-led coalition from Afghanistan, Secretary-General Jens Stoltenberg said, adding that Turkey would play a key role.

The leaders agreed Monday to maintain funding for Kabul's civilian airport after their military mission in the country ends later this year.

"Recognizing its importance to an enduring diplomatic and international presence, as well as to Afghanistan's connectivity with the world, NATO will provide transitional funding to ensure the continued functioning of Hamid Karzai International Airport," a NATO summit statement said.

Looming large at the summit is the scramble to complete NATO's hasty withdrawal from Afghanistan after President Joe Biden surprised partners by ordering U.S. troops home by Sept. 11.

Ankara's offer to secure Kabul airport after NATO troops leave was among the key issues expected to be discussed during Biden's meeting with his Turkish counterpart Recep Tayyip Erdoğan.

The final statement did not mention Turkey's role at the airport but did stress that the alliance would continue to pay to keep the facility open.

Security officials under NATO command have approached Qatar to secure a base that can be used to train Afghan special forces as part of a strategic commitment after foreign forces withdraw from Afghanistan, three senior Western officials told Reuters.

After two decades of war, forces from 36 countries involved in NATO's Resolute Support mission in Afghanistan are set to pull out of the country in coordination with the U.S. troop withdrawal by Sept. 11.

"We are holding talks to earmark a base in Qatar to create an exclusive training ground for senior members of the Afghan forces," said a senior Western security official in Kabul.

The official, whose country is part of the U.S.-led NATO alliance in Afghanistan, requested anonymity as he was not authorized to speak with journalists.

An integral part of Resolute Support has been to train and equip Afghan security forces fighting the Taliban, which was ousted from power in 2001 and has since waged an insurgency.

"We have made an offer but it is for the authorities in Qatar to decide if they are comfortable with NATO using their territory as a training ground," said a second security source based in Washington D.C.

A third source, a diplomat based in Kabul, said bringing "Afghan special force members to Qatar for about four to six weeks of rigorous training" was under discussion.

Around 7,000 non-U.S. forces, mainly from NATO countries but also from Australia, New Zealand and Georgia, outnumber the 2,500 U.S. troops left in Afghanistan.

The final exit of foreign forces comes amid a surge in fighting between Taliban fighters and Afghan forces in several provinces.

Fears the Taliban could overrun Afghanistan's battered security forces, which have relied heavily on NATO support, intelligence and logistics – particularly U.S. air support – have been heightened in recent weeks as the insurgents have launched major offensives, seizing districts and overrunning military bases.

Earlier this month, NATO Secretary-General Jens Stoltenberg said the alliance was "looking into how we can provide out-of-country training for the Afghan security forces, especially the special operations forces."

Qatar, an energy-rich Gulf state has been home to the Taliban's political office since 2013. In recent years, this has been the only known venue where authorized representatives of the hardline insurgent group has held talks with U.S. officials, representatives of NATO, international rights groups and Afghan government officials.

Two sources said the U.S., Britain and Turkey were among the NATO countries ready to send a force to train Afghans in Qatar.

A Taliban spokesperson said the group was not aware of NATO's plan to train Afghan forces in Qatar.

"In the case of Afghan soldiers who receive military training abroad ... If peace is established then maybe the well-trained should be hired to serve Afghanistan but if they come and fight against us and their nation, then of course, they will not be trusted by us," said Zabihullah Mujahid, a Taliban spokesperson.

Meanwhile, Afghan government forces abandoned or were pushed out of six district centers across the country in the past 24 hours, as Taliban militants gain more ground, local officials confirmed to Deutsche Presse-Agentur (dpa) Monday.

The fallen districts are Obe in Herat, Saghar in Ghor, Sayad in Sar-e Pul, Arghandab in Zabul, and the Lash-e Juwayn and Pusht-e Road districts in Farah provinces.

The service members, who were under siege in the district centers for a long time, have either escaped to join other forces or evacuated with the help of air support after they did not receive air and ground support, according to the provincial councilors. Some also left their military equipment and ammunition behind.

Local officials further said that it was not clear immediately what happened to some soldiers who had retreated.

In addition to the six fallen districts, Khan Abad district in Kunduz was briefly captured by the insurgents Monday, but security forces retook it.

The militants have seen a string of gains recently. Since the beginning of the official withdrawal of the U.S. and other NATO troops on May 1, at least 23 districts have fallen to the Taliban.

Afghanistan has 34 provinces and around 400 districts. District centers serve as secondary-level administrative units, one level below the provinces.

A source within the government says that the evacuation of nonstrategic districts, bases and checkpoints are aimed to protect key cities and districts from collapse. However, concerns are growing about the capability of security forces following a complete withdrawal of international forces.

Last week, the U.S. Central Command estimated that it had completed more than 50% of the withdrawal process.

According to a United Nations report, the Taliban was able to capture five districts last year, four of which were recaptured by the government within several days.