Turkey, US in dialogue for post-withdrawal Afghanistan: NATO 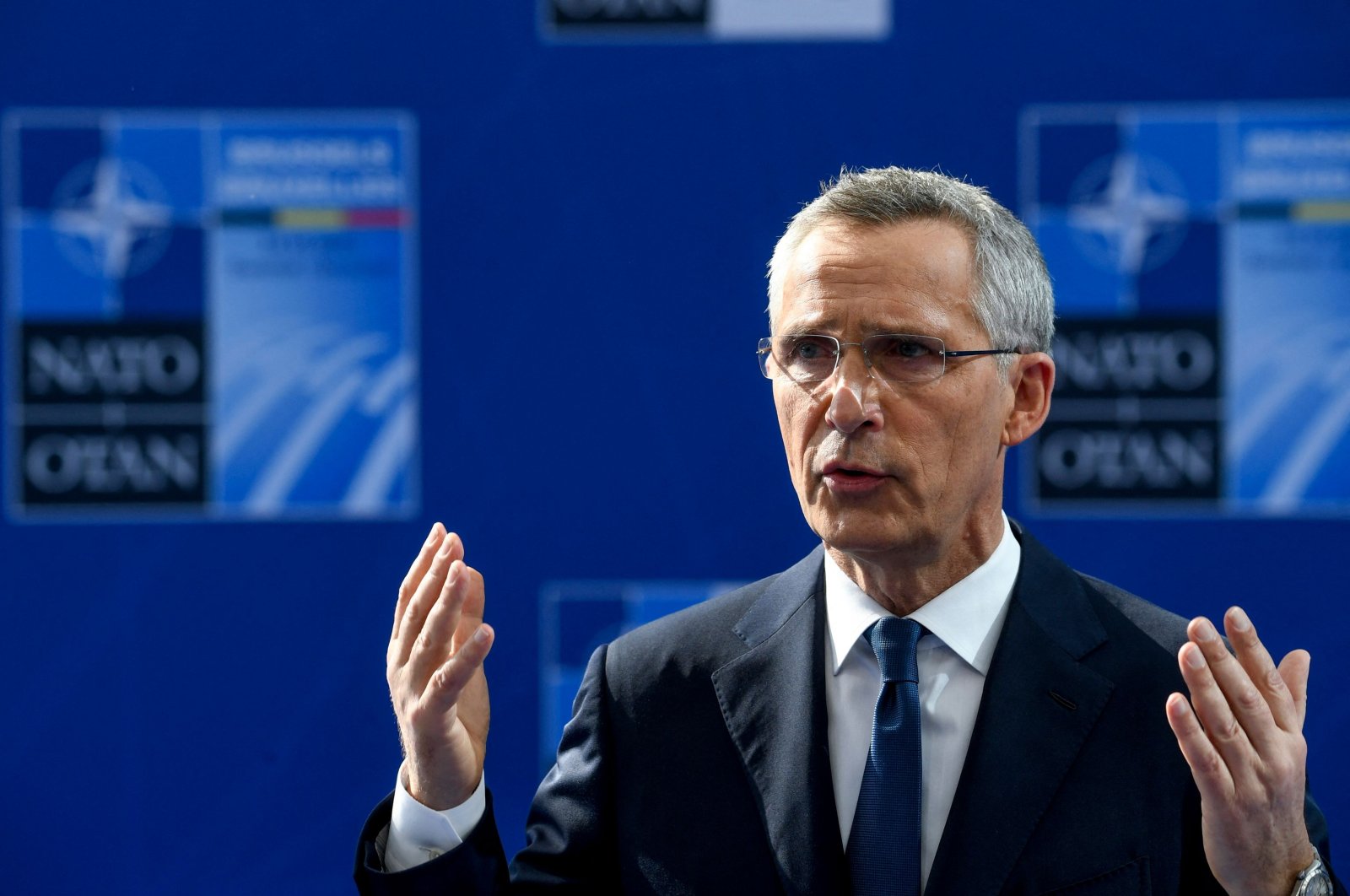 NATO Secretary-General Jens Stoltenberg speaks to the press upon his arrival to the NATO summit at the NATO headquarters in Brussels, Belgium, June 14, 2021. (AFP Photo)
by DAILY SABAH Jun 14, 2021 11:21 am
RECOMMENDED

Some NATO allies, including Turkey and the United States, are in an ongoing dialogue over the situation in Afghanistan, NATO Secretary-General Jens Stoltenberg said Monday.

Speaking ahead of the NATO summit in Brussels, when asked about NATO's decision to end its mission in Afghanistan, Stoltenberg stated that they will continue to support Afghans and that financial aid to Afghan security forces will continue.

Stating that they are working on the training of Afghan security forces abroad, Stoltenberg added: "We are also working on how critical infrastructures, including the airport, will be sustainable. NATO plans to provide support."

"Some NATO countries, such as the United States and Turkey, are also in direct dialogue on how to make an international airport in Kabul sustainable. This is important for the continuation of diplomatic presence and assistance for both NATO allies and the entire international community," he also said.

Commenting on a potential Turkish role in Afghanistan after the NATO withdrawal, President Recep Tayyip Erdoğan said Sunday that Turkey is the only country that can be trusted to continue the process after the withdrawal.

The issue of Afghanistan is one of the main topics to be discussed at the NATO summit. Under the February 2020 deal secured with the Taliban under former President Donald Trump, all U.S. forces were to leave Afghanistan by May 1 but Biden in April postponed the pullout to coincide with the 20th anniversary of Sept. 11, 2001, the al-Qaida attacks on the U.S. that prompted the U.S.-led invasion and ouster of the Taliban government that sheltered the group.

With violence raging, many U.S. lawmakers and current and former officials fear that the departure of the foreign forces and stalled peace talks are pushing Afghanistan into an all-out civil war that could return the Taliban to power. The Pentagon says the U.S. withdrawal is more than 50% complete. Turkey, with more than 500 soldiers still in Afghanistan training security forces, now has the largest foreign military contingent there.

Following statements from Ankara, the Pentagon said that Turkey and the U.S. held preliminary talks on the security of Kabul’s Hamid Karzai International Airport after the withdrawal of American and other NATO forces from Afghanistan. At the request of the U.S., Turkey also pledged to host a high-level international peace conference on Afghanistan in April, but the Taliban declined to attend, forcing Ankara to postpone it. Ankara also recently pointed to continuing efforts for the Afghanistan peace process in coordination with Washington.